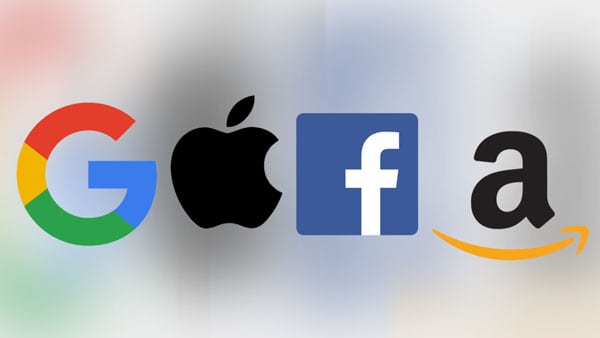 While not a household name, Barry Lynn, a leading critic of corporate monopoly and oligopoly and author of Cornered: The New Monopoly Capitalism and the Economics of Destruction, is highly respected in his field. And his firing last summer from the 501c3 nonprofit think tank New America was big news. At the time, Kenneth Vogel of the New York Times wrote, “It is difficult to overstate Mr. Lynn’s influence in raising concerns about the market dominance of Google, as well as of other tech companies such as Amazon and Facebook.”

Lynn, who had headed Open Markets, a New America program on corporate power and monopolies, “was a critic of big tech companies and…had gone out of his way to praise the European Union for fining Google $2.7 billion for antitrust violations,” notes Rachel Cohen in the Washingtonian. According to Lynn, Eric Schmidt, the chairman of Google’s parent company at the time, and who had donated nearly $20 million to New America, “was not pleased.” Lynn was told by CEO Anne-Marie Slaughter that he was a liability to New America and asked to leave.

The firing upset many staffers, who “worried that the think tank’s intellectual integrity had been compromised.” At a staff meeting, Slaughter was less than reassuring. As Cohen writes,

According to a recording of the meeting, [Slaughter] said that while she recognized that the standard in journalism was never to show sources what you were writing, New America’s “norm can’t be that. We’re an organization that develops relationships with funders. And you know, these are not just black boxes; they’re people. Google is a person, the Ford Foundation—these are people… And particularly when they give you money, which is really a nice thing…basic courtesy I think requires—if you know something really bad, you say, “Here’s a heads-up.”

“The whole spectacle left me feeling really sick to my stomach,” says one employee who later left New America.

The think-tank world is odd. Some, like the Heritage Foundation (which the New York Times recently profiled for its role in filling the ranks of the Trump administration) or the pro-labor Economic Policy Institute, promote specific points of view. But others present themselves publicly as objective even as they become overly involved with funders who are invested in the outcomes of studies. Some readers will remember the 2016 investigation of the Brookings Institution by the New York Times, which found evidence that some of its findings seemed almost tailor-made to the interests of its corporate funders. NPQ’s Rick Cohen wrote about the problem in 2013, when Elizabeth Warren called the practice “thinly disguised lobbying.”

Founded in 1999, today New America employs about 250 people and its 2016 budget totaled $38 million, up from $14 million just a decade ago. New America was envisioned as “a welcoming place for intellectual misfits, with the theory that sometimes misfits know what they’re talking about,” says Phil Longman, who worked at New America nearly from its founding until he followed Lynn out the door.

Among these are the following:

New America, Cohen concedes, is hardly the only think tank that has cozied up to funders. The questions raised by Lynn’s firing, though, were serious enough that the board hired Jon Huggett, a management consultant to interview stakeholders and launched an internal review as well. As a result, New America “is now disclosing dollar amounts and funding purposes for each of its donors, not just who gives. These changes have earned the think tank praise and higher scores from transparency watchdogs,” Cohen writes.

Huggett also “found that the crisis opened other wounds and that general morale had been clobbered. He told the board he ‘heard more reasons to back New America from two funders than [from] 30 staff’” and issued a number of recommendations, including establishing a committee on “reputation and risk” and making clearer to donors that it will maintain editorial independence. Both of these recommendations, New America says, have been implemented.

But some, Cohen notes, still feel anxious about the think tank’s finances and future. “The organization has had four CFOs in the past five years, and there was an abrupt leadership shake-up on the board last November,” Cohen explains. The think tank has also lost a number of fellows. Getting the think tank back into gear, in short, may require more than a simple tune-up.—Steve Dubb