Courageous and Ethical Leadership in a Polarized World 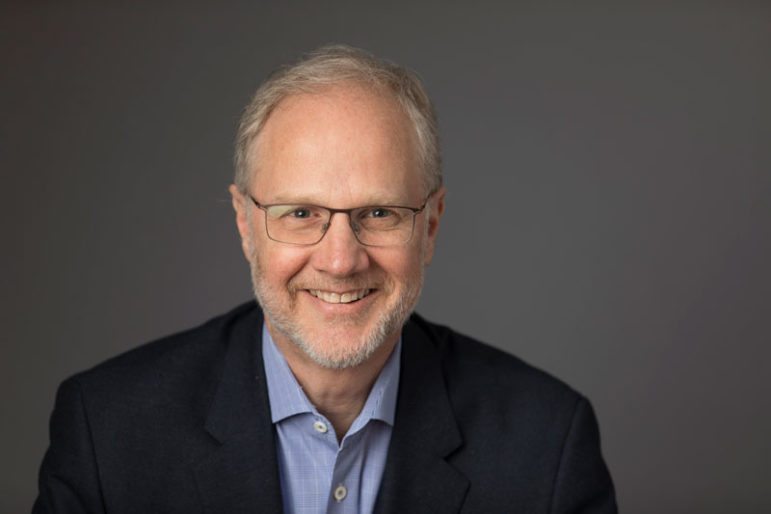 An art museum near Pittsburgh recently lost a major funder over a photography exhibit on immigration. In another era, the show’s sympathetic images would have seemed poignant yet unremarkable, a typically American invitation to remember our shared otherness. But in today’s context, humanizing immigrants and refugees was, for the museum, an act of courage with material consequences. In this period when even an effort to summon our better angels can invite retribution, what does it mean for America’s nonprofit sector to lead bravely and ethically?

Like many of us, I have struggled with that question in a time that has felt catastrophic for so much of what we care about—a more just world, air and water we can safely breathe and drink, communities designed for everyone, civility and decency, caring across differences, human and civil rights, a free press, respect for science and art, and perhaps most of all, the sense of collective responsibility that is the core of every healthy, functioning human society. But I actually don’t think the answer is all that mysterious. We are simply being called to live our values.

Centuries ago, a Sufi mystic named Hafiz wrote a poem that I think beautifully captures the noblest mission of our sector:

The small man builds cages for everyone he knows,

while the sage, who has to duck his head

when the moon is low,

for the beautiful, rowdy prisoners.1

What struck me when I read that poem afresh earlier this year is that we live in a disturbing era of small people. But it also struck me that we live in an era of hopeful liberators, and that the task of courageous leaders in our sector in an increasingly divided world is to be the providers of keys, to help free others and ourselves from the cages being built around us.

They are prisons of small-mindedness, meanness, and fear. They are the impulse to wall off reality and lock us all inside the hellish confines of a warming, polluted, xenophobic, strife-torn planet. They manifest in the desire to curry favor with white supremacists, mock the suffering of those considered “different,” flirt with despotism, and sow intolerance, divisiveness, and mistrust. They appear in the facile disavowal of responsibility, even as bullying, racism, and hate crimes increase; as the climate changes, droughts and disease spread, and sea levels rise; as yet another group of innocents is gunned down with military-grade weapons; as faith in democracy and in each other withers.

It is tempting, at a time when partisanship is infecting everything, to think of these cages in purely political terms. But many are broadly cultural and deeply familiar. We see that in the small people who mistake dominance for strength and employ their power to harass, control and abuse. We see it in the urge to believe we are only one thing—one identity, one tribe, one tiny sliver of the human experience, lonely islands of experience without common ground—rather than connected and beautifully interwoven.

We find it in the fierce defense of a deeply unjust status quo, the refusal to consider what we ourselves do not experience—the police stops, poverty, harassment, and violence that tear away at hope. We find it in the naked greed that pontificates about what society can no longer afford—teachers, parks, libraries, health care, pensions, safety nets—while gobbling up ever greater shares of the world’s riches. We find it in technology that preaches disruption and community but lines its pockets with the price of our disconnection and the cheap gift of our distraction.

And, if we are wise, we find it in the mirror, in our own anger and righteousness, indifference and arrogance, our own failure to see what is in front of us. One of the wisest and most thoughtful questions I have heard in the past two years was, “How am I this?”

It is such an important question for anyone who aspires to truly meaningful leadership in bitterly divided times. What we inevitably learn in our work is that we are all the prisoners we seek to free, and all the oppressors from whom we wish to be freed. The work of the courageous leader starts there, with a hard look at what we bring to the dance.

Hafiz wrote his poem some seven centuries ago, which tells us something about the constancy of oppression. In some ways, all of human history is the story of people striving to free themselves from the cages of inequity, of mindless conformity, of phony nostalgia for times that never were, of hatred for the different, of shrinking our dreams into a diminished reality defined by bars erected precisely to keep us from ever realizing our own true potential.

It is an old story. What makes today different is that the stakes are so much higher. We can neither afford nor tolerate this any longer. We are destroying the planetary ecosystems that sustain us, undermining our economic future, dismantling the trust in self-government that protects and empowers us, undoing the sense of shared interests that allows us to see and speak and work with each other, and unraveling the threads of community that nurture us.

All of that sounds terribly daunting, and it is. This is a profoundly serious time. But it is emphatically not a time for despair. The role of the courageous leader is never to find hope in good times; it is, rather, to give hope in difficult times. So what does that look like for us? I want to offer three suggestions that I think are especially relevant for us in this polarized world.

First, it means we are willing to act in support of the people we serve and the values we cherish. When a crisis comes, we do something—rarely the perfect thing, but something. As the author Natalie Goldberg has observed, “The only difference between neurosis and wisdom is struggle.”2 Courageous leaders in our field understand that the world does not need our neurotic hand-wringing. It needs our voice, and our authority; it needs us to struggle alongside it.

We may often feel like the wrong messenger. When Pittsburgh’s local daily paper ran an editorial on Martin Luther King Day excusing the President’s use of the phrase “s-hole countries,”3 Pittsburgh Foundation President Max King joined me in responding with an unequivocal rebuke.4 We were blasted by white conservatives who said two white men had no right to our perspectives, as if they would have found our views more legitimate had our skin been darker. In a case like that, it is especially important for people in positions of power and privilege to step up, to be the unlikely voice in the room.