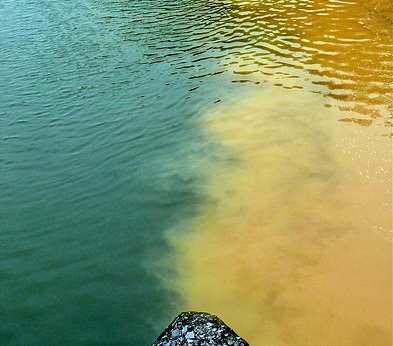 This article comes from the fall 2012 issue of the Nonprofit Quarterly, “Nonprofits & Democracy: Working the Connection.” It was first published online on October 26, 2012.

“Aren’t there too many nonprofits?” “Aren’t you, in fact, redundant?” “Couldn’t you save money by merging with (fill in the blank)?”

For decades, there has been a persistent call by institutional funders for more mergers among nonprofits, but that drumbeat has been largely ignored. Is it any wonder? The call is not exactly positive when cast in the context of the above questions. There is nothing there to excite the individual nonprofit to action—no suggestion of reach and power and influence to be gained. Rather, the message suggests that heretofore neglected inefficiencies on the part of nonprofits can be addressed with the mere dissolution of their hard-won identity.

In the context of such a stultifying approach, many nonprofit leaders ignore the voices calling for mergers as an uninformed siren call. Why should nonprofits listen? The message minimizes the complexities of programming and community ownership/stewardship issues.

But what if the whole proposition were lighted differently to focus on the potential benefits in terms of power, agility, influence, and effectiveness? Might the conversation be more attractive to nonprofit boards? Appealing to nonprofits in a way that reflects the real reasons why nonprofits merge might, in fact, be a better approach, but we know that many mergers fail in the for-profit sphere. What can we hold up as potential outcomes?

With support from Greater Twin Cities United Way and others, MAP for Nonprofits collaborated with Wilder Research in July 2012 to perform a study examining forty-one nonprofit mergers of organizations based in Minnesota.1 We aimed to add to the sector’s understanding and adeptness regarding mergers. The mergers all included at least one service organization, and merger was defined as the integration of two or more separate organizations into one legal entity; in other words, one organization would cease to exist. The mergers in the study had to include a transfer of programs or services and of assets or staff.

The project started by ferreting out thirty factors that are believed to affect nonprofit merger success. This step was accomplished through focus group and key informant interviews with executive directors, funders, attorneys, consultants, and others involved in nonprofit mergers. Next, we selected a sample of forty-one mergers that had been completed between 1999 and 2010. Then, we conducted phone interviews with 201 leaders associated with the sample mergers, and completed financial analysis of Form 990 tax returns in the three years prior to merger, the first year of merger, and the three years following merger.

The research found that:

Then, we looked at whether there were any predictors in the circumstances of merging organizations or in the process for particular outcomes. We found that:

Involving funders during the merger predicts financial stability and preservation of services after the merger. Funder advocates of a merger might pay particular attention to the implied promises when advocating such a move. Are funders in it for the long haul? Will the now unified organization receive less in grants than the previous two or three did?

The question of whether or not the mergers resulted in financial improvement was complex, and it was based on only twenty-one organizations, where complete records were available. The financial picture in the year of each merger was used as a baseline and compared against the finances three years after the merger.

The overarching finding of the researchers is that in the short term following a merger financial results were mixed and included declining cash positions—at least at first. However, since some of the organizations studied merged during the recession, a closer look on a longer time line may need to be taken to get a better sense of the longer-term financial outcomes of these mergers. The financial findings were as follows:

This study is thought provoking. Its results indicate that merging is a complicated process that requires sobriety about the financial results and clarity about the primacy of the ultimate social purpose being pursued. In addition, the study upholds the premise that merging is better promoted on the basis of better reach, power, and influence—although, with the right commitments from funders, financial strength should also be expected as a likely outcome. It was interesting to note that there was significantly more strength gained in service income than in grants and contributions. This suggests that as much as funders talk about the financial rationale for merger, they may need to make their own long-term commitment more solid in that regard. This move would be welcomed by nonprofit onlookers.

Judith E. Alnes has served as executive director of MAP for Nonprofits since 1997. Prior to MAP, Judith served as vice president of marketing and fund development at CommonBond Communities, and as director of Programs and Public Policy at Resources for Child Caring (now Think Small).