Debate: How to Increase the Stock of Affordable Housing 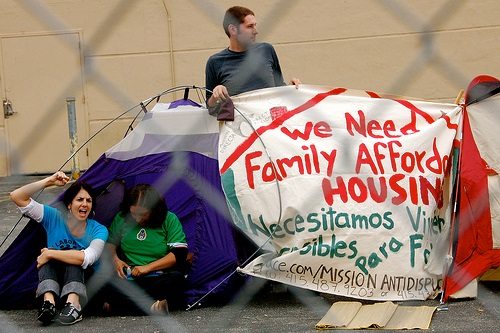 Recently, the New York Times posed the question of what programs could increase the stock of affordable housing in New York and elsewhere. In a section called “Room for Debate,” eight experts responded, giving very different opinions as to how to accomplish the task. As a place to start, none of the debaters asserted that there is enough affordable housing available.

The range of ideas is very wide, and here are a few examples.

Since each standalone article is written by an expert in the field, it is not surprising that each writer argues the benefits of a program or line of thought they are currently working with. Cisneros’ commission, for example, recently released a report on how the federal government can help with programs supporting older adults aging in place. Jaron Benjamin’s day job is on a project promoting tenant rights, and creating a tenant movement in New York City to promote rent reform. Nevertheless, the debate is a valuable one, offering a wide range of intelligent and thoughtful opinions and ideas that can spark thinking in the reader.—Rob Meiksins