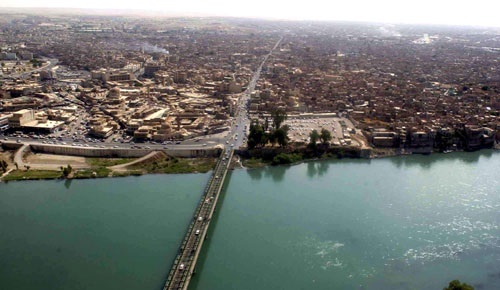 In June of 2014, the Islamic State overtook the University of Mosul in northern Iraq. As the second largest research and educational institute in the county, Mosul’s subsequent closure has caused thousands of its nearly 30,000 students to evacuate the area. The faculty and students that remain have seen their university undone with the closure of all anti-Islamic departments, including the colleges of political science, law, fine arts, physical education, languages, social sciences and archaeology. For the few departments still in operation, segregated classrooms and strict regulations have replaced open discussion and learning. Though ISIS plans to allow continued operations, future students will reportedly be required to complete years of weaponry training and religious studies before admittance, and a committee will assign each student’s field of study.

In addition to this oppression of educational freedom, the university and other cultural institutions in Mosul now have to bear witness to the physical destruction of their cultural resources. At one of the University of Mosul’s central libraries, various books, maps and other artifacts from the Ottoman Empire were burned and destroyed, as well as Iraqi newspapers from the early 1900s. Each of Mosul’s college libraries has been looted and their classrooms converted to sleeping quarters and weapon storage spaces for ISIS soldiers. Large statues, including an Assyrian protective deity dating from the 9th century BC, have also been destroyed after militants allegedly took to them with drills and sledgehammers.

Director Irina Bokova of the UN’s Educational, Scientific and Cultural Organization (UNESCO) has called the recent events “one of the most devastating acts of destruction of library collections in human history. This destruction marks a new phase in the cultural cleansing perpetrated in regions controlled by armed extremists in Iraq. It adds to the systematic destruction of heritage and the persecution of minorities that seeks to wipe out the cultural diversity that is the soul of the Iraqi people.”

Though the destruction of books, manuscripts and artifacts reveal the new direction ISIS has taken the University of Mosul, students and faculty that remain are dedicated to continue their studies and to persevere. According to David Patel, a junior fellow at the Crown Center for Middle East Studies at Brandeis University, “Suicide bombings are occurring and people are still studying. People are trying to just make the best of their own lives despite everything else happening in the county.” Even so, the future of the university and the people of Mosul under ISIS rule remains dim.—Michele Bittner