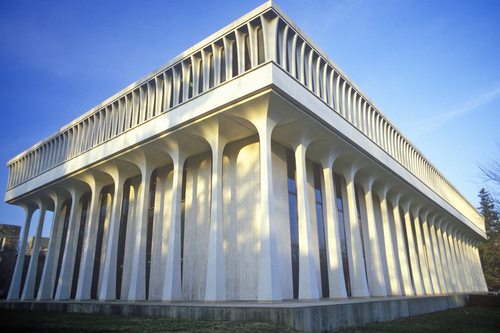 Following complaints about the use of its nonprofit status and a failed attempt to have a lawsuit dropped regarding its use, Princeton University is following similar universities that are blurring the line between for-profit and nonprofit activities. Recent articles from the Nonprofit Quarterly and Reuters discussing Cooper Union and New York University show that they face challenges eerily similar to those seen at the Ivy League school in southern New Jersey.

The lawsuit questioning Princeton’s nonprofit status argues that the university is earning hundreds of millions of dollars in patent royalty income and distributing some of that money to faculty, while also being heavily involved in commercial enterprises. The lawsuit asserts that Princeton has been violating its status since 2005, when it began distributing royalties from its patents to faculty throughout the university, and that 19 university buildings are being used for non-academic or commercial purposes.

Public interest lawyer Bruce Afran, who represents a handful of Princeton residents in the case, said, “This is the first time this type of challenge has been filed in any state. This is an extremely important case. People have been watching this.” Tax court judge Vito Bianco agreed with the sentiment, stating the case had merit, and the “potential precedent it could set was so far-reaching that the case was too important to be dismissed.”

No legal cases are pending in relation to the nonprofit status of Cooper Union and New York University, but both have received attention regarding their recent commercial decisions. Cooper Union has always offered free tuition because of the generous tax breaks it receives for the ownership of various properties, including the land where the Chrysler Building sits. The university is looking to start charging tuition fees, which many believe will jeopardize its nonprofit status. NYU has suffered some of the same backlash as it expands its real estate empire throughout New York City. According to Felix Salmon at Reuters, “the tax exemptions that universities receive cause them to behave in a manner which would otherwise be quite irrational: NYU’s expansionism, for instance, is driven in part by the fact that it can extract more economic value out of property than other actors, thanks to all property it buys automatically becoming tax-exempt.”

As Princeton University moves forward, the case might have other universities taking notice, at least according to Afran. “This could completely revamp the tax structure,” Afran said. “People in Princeton pay at least one-third more in taxes because the university has been exempt all of these years…They are one of the wealthiest entities of humankind, and they are refusing to pay their property taxes.”—John Brothers