Do Local History Museums Have What It Takes? 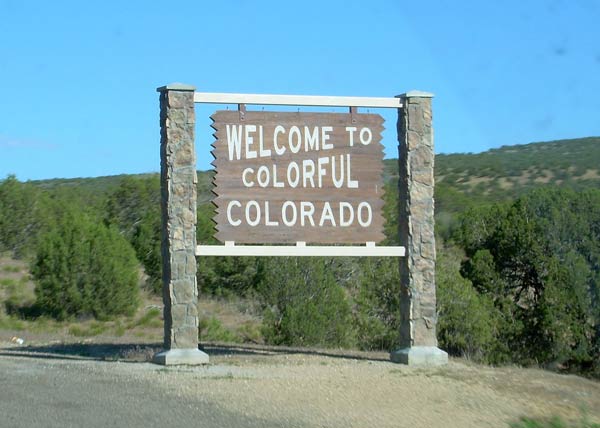 The nonprofit History Colorado appears to have weathered a serious fiscal storm that began several years ago, and the new leadership is now planning its future. But with a multifaceted mission of managing a collection of statewide community museums and preserving historic properties and other treasures, and with most of its operating budget dependent on gaming revenue from the state, that future is hardly guaranteed. History Colorado offers a timely case study of the challenges that plague many local history nonprofits—not the least of which is an overdependence on public funding.

History Colorado is a 501c3 nonprofit, as well as an agency of the State of Colorado under the Department of Higher Education. In 2012, the nonprofit opened the History Colorado Center in Denver which, as CPR reports, “has never quite delivered on the rosy promise of bolstered visitorship.”

In 2014, a legislative audit of the organization uncovered “mismanagement and structural financial problems that threatened ruin.” That audit was the beginning of a slow turnaround that included restructured funding from the state; the resignation of the former executive director; the appointment of an interim leader, Steve Turner, who was made permanent in 2016; a reconfigured board; layoffs that reduced the staff by 20 percent (and ongoing turnover of the remaining staff); and a 2017 decision by the state legislature to infuse an extra $1.5 million into the operations of its eight museums over eight years, separate from the annual limited gaming revenue (which has been decreasing, and much of which is earmarked for historic preservation grants, not museum operations).

For the moment, the crisis seems to have passed, and Turner and his staff are eager to move forward with new programs and exhibitions that will attract visitors and increase earned revenue. “So, we want to talk about Colorado history, utilize our extraordinarily rich collection and try to really reconnect with people in a broader way,” he explains.

A current exhibition at the History Colorado Center celebrates baseball and the 25th anniversary season of the Rockies. Upcoming exhibits aimed at attracting more adult visitors will focus on local ties to beer and marijuana, although family-friendly and education-oriented exhibits like LEGO-rado will continue. Pricey traveling exhibits are off the table; Turner cites a lack of return on investment for that decision. The center also hopes to increase its special-event rentals business.

Still, the hard-won stability of History Colorado is no assurance of a secure future for “the steward of the state’s legacy.” Even with additional funds the state has granted, the overall operating budget remains tight. In 2016, the state legislature’s Joint Budget Committee noted, “[T]he institution’s smaller operating budget leaves little space for new initiatives.”

This tightrope dance is being repeated—like history itself?—in heritage and history nonprofits in other cities and states. Just last week, the Philadelphia History Museum announced it would be closing its doors, effective July 2nd, for an indefinite period owing to financial difficulties. The museum, described by Philadelphia Inquirer writer Stephan Salisbury as “Philadelphia’s official attic for things made and owned here—whether President George Washington’s desk or Mike Schmidt’s batting helmet,” had for some time been in partnership talks with Temple University, which has its own Urban Archives collection. Those talks did not bear fruit:

Temple’s withdrawal, plus a reduction in city financial support for the coming year, leaves the museum, formerly known as the Atwater Kent Museum, unable to maintain public hours, museum officials said. While public visiting hours will end, officials at the museum said, some non-public operations, including an intensive assessment of its collections that had begun in connection with the possible merger or partnership with Temple, will continue.

In a city with an extraordinary collection of history and heritage sites like Philadelphia, and a robust tourism industry that supports them, it’s a bit embarrassing that a museum focused on local history can’t keep its doors open. But as the CPR report notes, this subset of the cultural sector has a unique set of challenges:

Nationally, history museums in particular have been rethinking their approaches. Bethany Hawkins, chief of operations for the American Association for State and Local History, said history museums have to focus on history closer to home in order to get people through the door. Larger national history museums have seen a bit of a slump in visitation in recent years, she said, while smaller local museums—History Colorado’s peers—have kept visitation steady by focusing on local stories.

“First, they must decide who their community is. Then, they must develop relationships with those communities who are new,” said Hawkins, pointing to the Minnesota Historical Society’s outreach to their local Hmong community as an example. “Finally, they need to work with those communities to develop exhibits, programming, and outreach. That is how history museums will remain relevant.”

Another tactic is to focus on the past through the lens of today’s issues.

“Organizations must make history relevant for their audiences in order to survive in a world where the past is not always valued,” she said.

So, will baseball, beer and marijuana keep things moving in the right direction at History Colorado? And what’s at risk for Denver—and the state of Colorado—if they can’t? An Independence Day editorial in the Philadelphia Inquirer in support of the Philadelphia History Museum frames the problem this way: “As we celebrate America this week, let’s take a stand to preserve our history. After all, our history is who we are, where we came from. It’s our ups and downs, the mistakes we’ve made and the victories we’ve fought for. When we lose our history, we lose a valuable guidepost for the future. And that’s not something Philly—or any city—can afford to do.”—Eileen Cunniffe