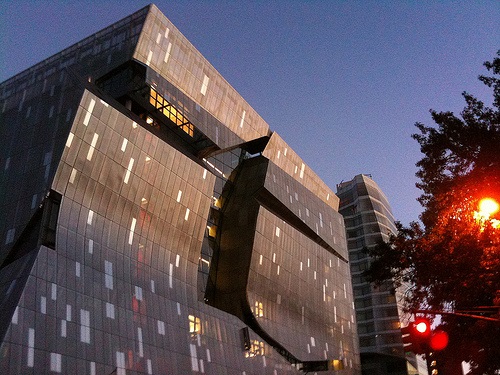 “In what should be a ringing alarm for nonprofit boards across the country long accustomed to minimal scrutiny or accountability, Attorney General Eric T. Schneiderman of New York has signaled that the laissez-faire approach to nonprofit governance is over.”

The Times reports that Schneiderman sent letters to Cooper Union for the Advancement of Science and Art, “the prestigious college founded in Manhattan in 1859 by the philanthropist Peter Cooper on the premise that it be ‘open and free to all.’” But last year, the school, facing a financial crisis, began charging tuition.

The inquiry focuses on Cooper Union’s management of its endowment and its major asset, the Chrysler Building, as well as its dealings with the private company managing the skyscraper and how it obtained a $175 million loan using the building as collateral.

James B. Stewart, the column’s author, notes the unusual fact that the New York Attorney General’s intervention is taking place “before its financial problems ruin the school. Cooper Union’s endowment stood at $735 million at the end of its most recent fiscal year and, despite its financial woes, it is in no imminent danger of failing.”

Schneiderman is justifying his early action on the fact that “New York’s charities…are a big and important part of our state’s economy, and I consider it my responsibility to promote and protect the nonprofit sector…we do that by aggressively investigating and prosecuting fraud. But we work just as hard to prevent mismanagement before it starts and…get troubled charities back on track.”

The office’s strategy is to avoid crises by “stress testing” nonprofits showing signs of potential trouble, such as large operating deficits and excessive spending rates on endowments, it tells the Times, preventing failures such as what happened at the New York City Opera last year or the Crystal Cathedral in California, which declared bankruptcy in 2010 after its board had borrowed against its endowment.

The column points out the importance of such scrutiny:

“Nonprofits accounted for 9.2 percent of all wages and salaries in the United States and 5.3 percent of gross domestic product in 2010, according to the National Center for Charitable Statistics. [While] many illustrious universities, hospitals, museums, orchestras, theaters and other arts organizations, nonprofits play an outsize role in the nation’s culture, they have traditionally received little scrutiny until a scandal erupts or they’re on the brink of collapse.”

Typically, state attorneys general regulate nonprofits, based on the fact that they are tax-exempt, and represent the interests of donors who cannot enforce the terms of their gifts, playing the same role as the IRS does on a federal level. The New York charities division is especially active.

The column says that capacity is an issue: “The New York attorney general alone oversees about 80,000 nonprofits, ranging from world-renowned institutions like the Metropolitan Museum of Art and the Metropolitan Opera to little-known historic house museums.”

Most cases of mismanagement involve breaches of fiduciary duty, not criminal behavior, and most boards of directors defer to the organizations’ CEO’s, often when they are charismatic leaders and founders, and fail to exercise adequate oversight:

“Cooper Union’s board took a series of financial steps that…seem misguided…[and it] is stuck with what may well be the least diversified endowment of any university in the country.…[Its] total endowment increased 6.1 percent for the fiscal year ending June 30, 2014, and a meager 1.65 percent if the Chrysler Building is excluded. By comparison, the average endowment return for colleges and universities last year was 15.5 percent, according to the National Association of College and University Business Officers.”

New York’s attorney general can seek such sweeping remedies as putting an institution into receivership, removing staff and board members, or even closure. Stewart closes his piece by saying “that’s not going to restore Peter Cooper’s dream of free tuition. For that, the school needs a sound financial plan that will regain the confidence of donors, faculty and prospective students. By intervening now, the attorney general might well be able to achieve that.”

In another story today, Schneiderman has brought suit against the boards of two nonprofits that evicted clients from two residential programs so they could sell the buildings that housed them.—Larry Kaplan