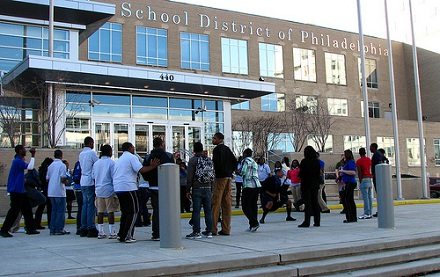 With the Philadelphia Schools Partnership’s recent announcement that it is nearing its stated $100 million goal for its Great Schools Fund “to accelerate the pace of education reform in Philadelphia,” the nonprofit is continuing its rolling application process open to all public, public charter, and private schools that offer the promise of outstanding academic outcomes.

Given the amount of funding available with this new initiative, it is no surprise that community members are watching the application process closely. In a recent blog post for the Philadelphia Notebook, Christine Carlson, a parent and member of the Philadelphia School Partnership advisory committee, observes that for district school leaders specifically, the current application process “is like trying to fit a square peg into a round hole,” and suggests that PSP leaders expand the current grant model in order to ensure full participation of all city schools.

From a structural level Carlson asserts that charter and private schools “are in an inherently better position to meet PSP’s conditions in all three categories” – incubation grants, start-up grants and growth grants – than their district school neighbors. From a human resources level Carlson also adds that recent district-wide downsizing has left principals doubling as “nurses, counselors, and noon-time aides,” and as such “it is unrealistic to expect them to take on the job of grant writer as well.” She suggests that the fact that 5 percent of PSP’s funds come from donors requesting anonymity is an additional hurdle for district school leaders.

Acknowledging recent concerns from community members about PSP’s process with this grant cycle, Carlson adds, “It’s not constructive to complain about a bias against district schools when none have yet applied.” She recommends that as it moves forward with its work, PSP identify ways “to replicate successful district schools while keeping them community-based and truly public.”

Carlson’s post received many responses including one from Mike Wang, PSP’s managing director, who replied “…we are committed to minimizing logistical barriers for district principals.” He added, “For any principal of a high performing school willing to expand their enrollment to serve kids who are currently under-served, we are happy to simplify the application process and work to find solutions to any other barriers.” Although not entirely answering the question of how the application process could (or would) be simplified, Wang’s reply still seems to be a sign that PSP is at least listening to the community. –Anne Eigeman