“Don’t Be Mad” – Talking about Homelessness and Community 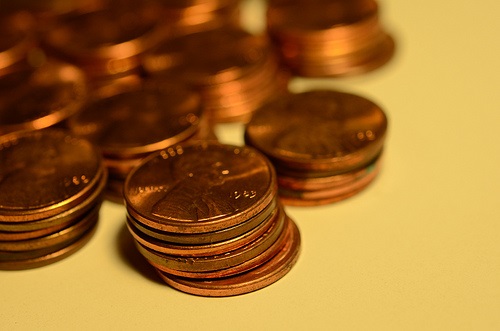 At services on Sunday, April 30th, at the First United Methodist Church in Charlotte, North Carolina, someone left 18 cents in an envelope with a simple note that read, “Please don’t be mad. I don’t have much. I’m homeless. God bless.” The church is stationed near the homeless shelter and has been feeding about 150 homeless people with a program called Muffin Ministry every Sunday for the past seven years.

It’s hard to imagine what 18 cents can buy in this day and age. What use would this donation have been to the church? But for the church’s pastor, the Rev. Patrick Hamrick, the donation means everything.

“It took some bravery I think to write that down and say, ‘don’t be mad but I’m homeless, God bless. But I still want to give,’” Said Rev. Hamrick. “And for us, we acknowledge that individual gave out of his poverty proportionally a big deal.”

The Reverend’s use of this simple story to highlight the shared human need to be a contributing member of a community provides a very different message for the public than if we were to make that person an “other”—an object of pity or, worse, contempt. It recognizes the agency and power of the individual in their willingness to give back to something or someone valuable to them.

One profile of those motivated by a combination of pity and contempt was illustrated recently by St. Mary’s Cathedral in the Archdiocese of San Francisco, who designed a system that would douse homeless people sleeping too close to their principal church with cold water during the night, even as the archdiocese provided a charitable response. (The system has since been dismantled, and an apology proferred by the archdiocese.)

A recent video campaign by homelessness nonprofit Humans for Humans in Canada addresses objectification in a different way. In the video, homeless people read mean tweets about what people really think about homelessness. The video is a hat tip to the late night show host Jimmy Kimmel’s segment “Celebrities Read Mean Tweets.”

And while this campaign tries to create compassion and an understanding of shared humanity, it differs still from the creation of community.

After seeing the story of his contribution online, the homeless man left a voice message for Pastor Hamrick. Hamrick called him back and reached him at a soup kitchen, whereupon the man told Hamrick “the gift was between him, the church and God.”

“I thanked him for all he has done and assured him that we honor his intent and his dignity,” Hamrick said.—Shafaq Hasan