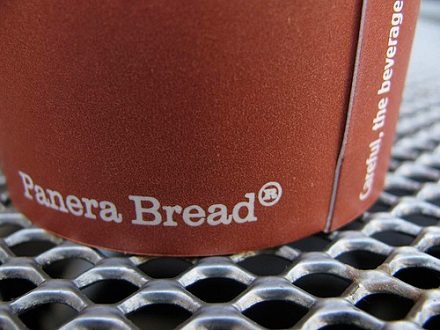 For the fourth time, Panera Bread Company is converting a for-profit restaurant into a nonprofit Panera Cares Cafe, that in many ways mirrors its for-profit parent. The latest Panera Cares is in the Lakeview neighborhood of Chicago. Like the first three similar ventures, the main difference for customers is that the menu lists “suggested donations” in lieu of prices, and payment is made via a donation box rather than a cash register. If one can’t pay, one can still eat. But does it work as a business model?

There are several distinguishing features of the nonprofit Panera model to consider. The for-profit parent company donates the fixed assets of each converted restaurant to its nonprofit Panera Bread Foundation, which then operates the nonprofit cafés. Customer donations for meals, along with some matching corporate contributions, are used first to pay the operating expenses for the nonprofit cafes. What remains is distributed to a range of nonprofits working to address food insecurity issues. According to the Panera Bread Foundation’s most recent IRS Form 990 (for the year 2010), over 200 nonprofits received $1,452,461 in charitable donations that year.

From 2009 to 2010, the Panera Bread Foundation’s revenue and its grantmaking/contributions activity increased dramatically. Fast forwarding to 2012, one would assume that the model is working, given the expansion plans and the reported capacity to support other nonprofits from net proceeds. But it’s hard to tell from the 990 report. The 990 doesn’t break out the Panera Care Café income stream and expenses from other Foundation initiatives. What’s clear is that 62 percent of the foundation’s revenue is comprised of non-cash contributions, presumably from the Panera Bread Company.

Robert Gertner, Deputy Dean of the University of Chicago’s business school, cites the uncommon and challenging charitable giving model through which Panera’s “charitable activities are a nonprofit version, if you like, of what they do” for profit. He observes that Ben and Jerry’s tried a similar venture for years with mixed success: From a peak of twelve nonprofit Ben and Jerry’s franchises operated by local nonprofits, there are now just three still open.

This next-generation Panera model could yield useful lessons for the social enterprise development field: how to create channels for efficient focused charitable giving, address the challenges of selling services side by side with donating them, add value to the for-profit brand, and more. There’s little information on the Panera website, however, about the financial performance of Panera Cares cafes as stand-alone operations. And even with Panera’s laudable vision, its 990 exposes room for improvement in the transparency and accountability of its governance, based on nonprofit best practices.

We encourage Panera and others engaged in bold social enterprises to share more real-time information about what’s working, what’s not, and what’s been learned along the way. We’d all benefit. –Kathi Jaworski