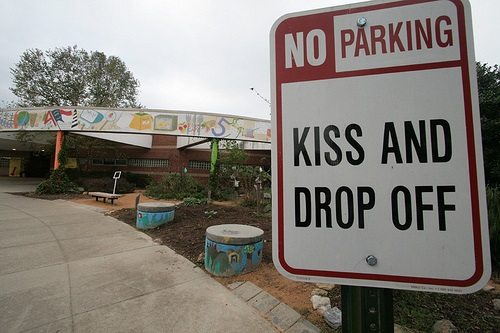 At the end of last week, the Durham, N.C. school board decided in a 6–1 vote to definitively sever its ties with Teach for America after the conclusion of their contract for the 2015-2016 academic year. The group had been up for a three-year contract that would have doubled the involvement of TFA teachers in the Durham school system. Board members who voted against the contract renewal cited the now-familiar concern about the apparent senselessness of placing inexperienced teachers in high-needs schools. Board member Natalie Beyer remarked, “It feels like despite the best intention and the efforts, this has potential to do harm to some of our neediest students,” and fellow board member Mike Lee said, “I have a problem with the ‘two years and gone,’ using it like community service, as someone said.”

Among those speaking at the meeting were teachers who advocated for a reinvestment in a sustainable, stable teaching force in the schools, complete with mentors for younger teachers expecting to stay longer than two years. Ann Rebeck, president of the Durham Council of PTAs, suggested that TFA was a part of an assault on professional educators with its suggestion that all it takes to become a teacher is six weeks or less of training with no student teaching necessary. Rebeck concluded, “I believe, as do many hard-working educators, that this concept is an offense to the teaching profession.”

As regular readers will recall, last December, Pittsburgh became the first school district to decline to renew its contract with TFA. Explaining their decision, Regina Holley, a school board member, described the mere five weeks of training the teachers receive as insufficient to provide participants with the full capabilities to handle difficult classroom scenarios. She said she thought the five-week course model was “a bit outrageous.”

In a less direct fashion, Minnesota’s governor Mark Dayton vetoed TFA’s $1.5 million state budget, indicating that it was unnecessary given the already ample financial resources available to the organization. Moreover, in the past year or so, a website entitled Students Resisting TFA has cropped up, a self-explanatory movement against the organization. Whether or not you agree with the opinions on the site, the testimonials provided by TFA alumni and, most notably, students at schools involved in the program are worth a read.One 2011 TFA alum from Oklahoma says:

“We need strong, passionate leaders in education. But TFA has no time for leaders…. There can be no questions asked. There can be no opinions reconsidered. This is not the arena in which true leaders deserve to operate.”

As a national organization, TFA has accumulated vast financial resources and a following, particularly among young college graduates. However, the continued criticism from both insiders and outsiders of the organization’s training methods and the effectiveness of its teachers indicate there may be a shift away from the TFA model, as already set in motion by Durham and Pittsburgh.—Shafaq Hasan