Dr. Edgar Cahn, who died on January 23, 2022, at the age of 86, is not a household name. But he was prominent enough to merit obituary columns in both The Washington Post and the New York Times. Back in July 1964, Cahn and his wife Jean Camper Cahn published a Yale Law Journal article titled “The War on Poverty: A Civilian Perspective.” Sargent Shriver, director of the Office of Economic Opportunity (OEO), a leading “Great Society” agency in the Johnson administration, once said of the Cahns’ paper that it was the “genesis of legal services—it’s really pretty simple.”

The Cahns were unusual for their time, not only because they both practiced law in an era when only four percent of US lawyers were female, but because they were an interracial couple. Edgar Cahn came from a white Jewish family; his father was a judge who knew a number of Supreme Court justices. Jean Camper was a Black daughter of a Baltimore physician, and a civil rights activist in her own right. They married in 1957 while in college and stayed together until Camper died of cancer in 1991.

Along with Shriver, the Cahns became, writes Emily Langer in the Washington Post, the “parents of the federal legal services program.” The legal service program that they helped found now has over 800 offices across the United States. In 1972, the Cahns founded the Antioch School of Law, located in Washington, DC but affiliated with Antioch University in Yellow Springs, Ohio, with a focus on offering “mostly low-income Black students an opportunity to obtain a quality post-secondary education, while advocating on behalf of their communities.” It was, in fact, an early version of what today is known as the community law clinic. The school the Cahns founded ultimately failed financially, but not before 1,500 lawyers were trained. While the school no longer exists, the program they started became part of the University of the District of Columbia.

Cahn ended up outlasting Camper, his first wife, by decades (he married his second wife, Dr. Christine Gray, in 2000). But in 1980, he nearly perished due to a severe heart attack. That year was momentous in many respects. It was the year the Cahns were pushed out of Antioch, the year the nation elected Ronald Reagan as president, and a year in which neoliberalism was becoming ascendant in the United States and globally. The space for Great Society-style liberalism had narrowed considerably.

In a 2011 interview with National Public Radio, Cahn recalled that while he was in his hospital bed, “I really realized that I didn’t like being useless. And that was 1980, and we were declaring a lot of other people useless … And I thought, well, if we’ve got all these useless people and all these problems and all these needs, why can’t we put the two together? And I thought, well, in olden days we used to use something called money. And since President Reagan declared there wasn’t going to be any more of that old kind of stuff, I thought, well, why can’t we invent a new kind of money?”

Cahn’s answer to his own question was to develop what he called “time banking.” In time banking, when you do a service for a community member—whether cooking a meal, mowing a lawn, or helping someone with their taxes—you “bank” hours that can be used to purchase another service from someone else in the network. It’s a mechanism, in short, for community members to each provide services to one another and thereby build greater community cohesion. It sounds simple, but time banks do not create and maintain themselves. As the Time Bank USA website explains, “To be successful, timebanks need leadership—or perhaps the better word is ‘governance.’ They need agreements around what’s OK and what’s not OK in relation to earning and spending.”

In 2016, I had the opportunity to interview Cahn myself. He noted explicitly the link between his early Great Society years and his later work on time banking. “The conclusion I arrived at years ago,” Cahn said, “is there is not enough money to do all of the things I wanted. I was part of OEO and the War on Poverty. That was a period of proliferation of programs. All of our thinking is bounded and sort of imprisoned by money.” Cahn added, “I was concerned we were winning battles and losing the war. We needed to go to a fundamentally different level of empowerment.”

When I interviewed him, Cahn said that a $1.2 million grant from the Robert Wood Johnson Foundation in the mid-1980s helped jump start his work. The focus, Cahn explained, was to have six pilot sites and to see if a time banking system might help reduce the institutionalization of elder care.

Cahn cited Elinor Ostrom, who won a Nobel Prize in economics in 2009, for her work on self-organizing governance and co-production, which in turn inspired his work. Cahn recalled some of her team’s empirical research: “In Brazil, when the government wanted to build sewer systems in the favela, the community knew more about the terrain. The government put in the big pipes [which didn’t work], and the community put in the small pipes [which did]. She saw the same thing about education.”

“Converting people designated as the recipients or consumers or targets of an initiative into co-producers,” Cahn contended, is more effective. Time banking, he insisted, freed up resources that conventional market-based systems ignore: “We don’t know what people who are not in the labor force can do. Your résumé reflects at most 10 percent of who you are.”

Cahn recalled that one early obstacle he faced was the Internal Revenue Service (IRS). “I had to deal with the IRS because they would have made every hour of volunteering taxable at its market value. I persuaded them this was not a commercial currency and did not create legally enforceable contracts. It created a social network and a moral obligation to pay it forward, but that is not what counts as income for the IRS.”

Over time, time banking systems have grown. As of 2011, it was estimated that 160,000 people around the world used time banking in 34 countries, including about 30,000 people in the United States. While the initial time banks focused on elderly communities, time banking systems have been used for many purposes, including to support the exchange of tutoring services to enhance youth education, and as a strategy to reduce recidivism rates of formerly incarcerated people by integrating returning citizens into community networks where they can contribute labor and benefit from the labor of others. The mechanics of time banking organization have also become more sophisticated. Today, for example, apps make time banking networks significantly easier to manage.

Nonetheless, time banking’s visibility remains limited. Back in 2016, when I interviewed Cahn, he readily acknowledged that marketing was a major movement shortfall.

COVID-19 and the Rise of Mutual Aid

Time banking has spread widely but despite its growth, its scope remains modest. Still, it would be difficult to ignore some of the similarities between the ethos of time banking and the ethos of mutual aid. Of course, the two are not the same thing—mutual aid often, for example, has meant distributing money to those who need it without red tape; time banking, by contrast, focuses on the exchange of services. Nonetheless, the similarities are evident as well. Amid the dislocation caused by the COVID-19 pandemic, mutual aid, predicated on the notion that “everyone has needs that should be met and that everyone has something to offer to help meet others’ needs” gained new visibility and has provided a lifeline to millions across the globe.

In a 2021 pamphlet titled The Other Pandemic, Cahn and Gray wrote about time banking as a way to reduce social isolation. The emphasized five core principles:

These are, in short, principles that are similar to those that guide mutual aid networks.

Back in 2016, Cahn noted that one of his goals was to move the field of human services beyond a charity mindset. “It is my belief, Cahn said, “that we need to turn out a new generation of human service and change agent professionals who understand that the delivery of services is a one-way stream. If we don’t create a pay-it-forward component, we are profiting from the proliferation of shortage.” 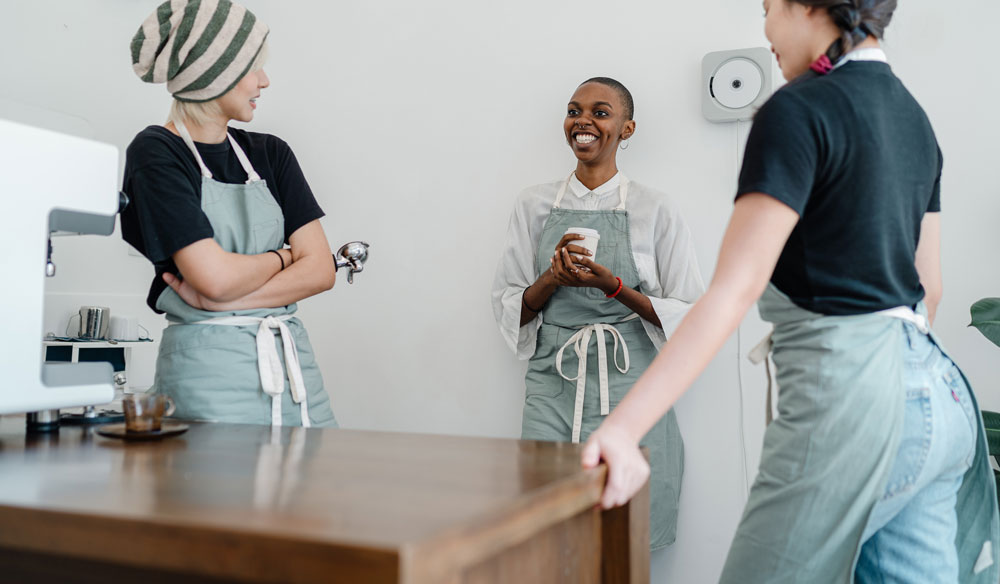 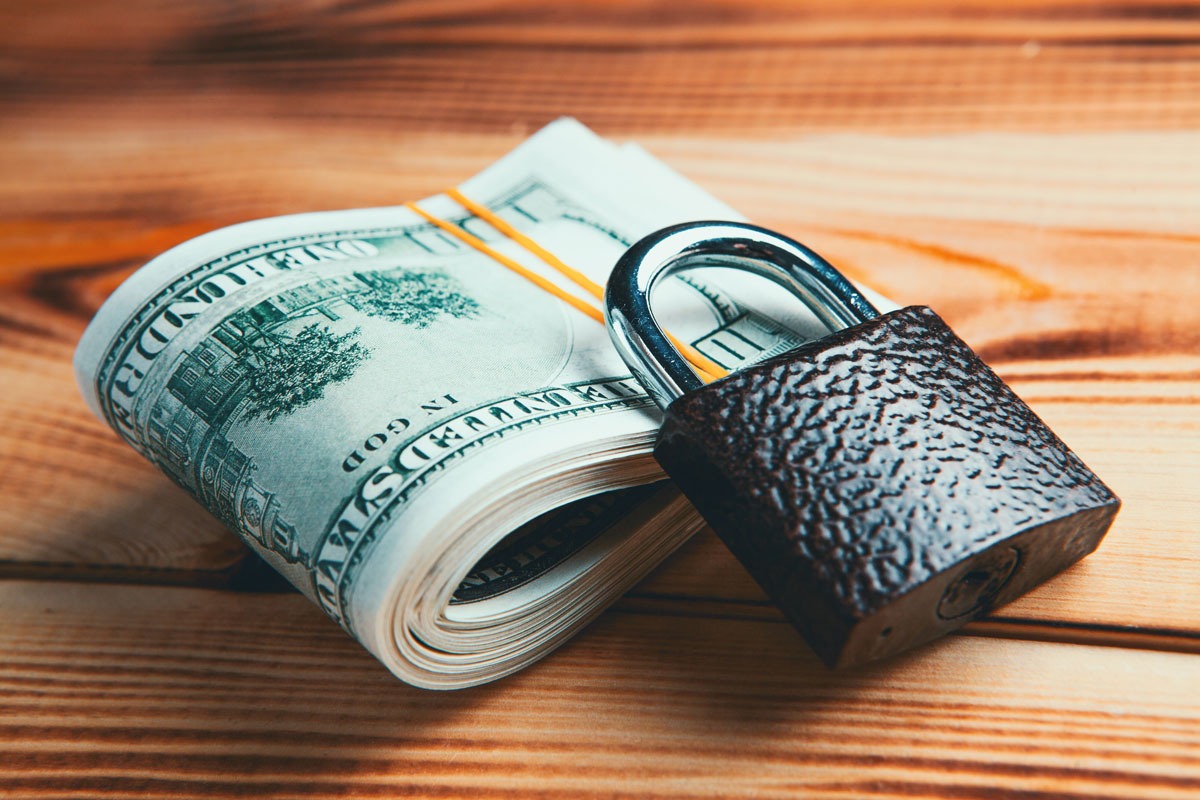