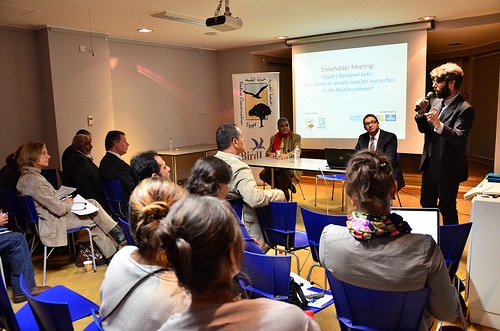 The latest crackdown on NGOs in Egypt, as reported in the Washington Post, is but the most recent in a series that has been reported since before the Arab Spring gave rise to brief hopes of the development of an open civil society in the region.

Human rights workers in Egypt say that they live in fear of arrest, police raids, and even violent attacks by security forces, says the Post, and some activists claim to have received unspecified threats in recent months.

A 2013 discussion paper written by Mohamed Elagati, director of the Cairo-based Arab Forum for Alternatives, provides some background. In the paper he says, “Prior to the outbreak of revolution on 25 January 2011, Egypt’s vibrant civil society already played an important role in raising public awareness.”

However, successive administrations have clamped down on civil society organizations that receive foreign funding without the necessary permits. Elagati points out that, “The underlying problems stem, to a large extent, from the deficient legal framework that regulates the work of NGOs in Egypt. Many CSOs (civil society organizations) are forced to accept foreign funding due to the lack of domestic funds.”

In fact, the discussion paper tracks the repressive nature of regulation of Egypt’s civil society back as far as 1981. That was the year emergency law was enacted in the wake of the assassination of then-president Anwar Sadat. The Emergency Law “substantially limited the activities of foreign NGOs, including their fields of work. As a result, many European and U.S. NGOs chose to focus in Egypt on broader, more apolitical development issues such as ‘poverty reduction,’ education, etc.”

Immediately after the January 2011 Arab Spring revolution, there was indeed a thaw. A new political openness led to “new opportunities for foreign NGOs to focus on political issues, such as training young political party members and parliamentarians and political awareness campaigns, among others. Many foreign NGOs not present in Egypt under Mubarak now showed an interest in opening branches in Egypt. Some of these were the Rosa Luxemburg Foundation and the Heinrich Böll Foundation.”

However, this era of open civil society did not even last the year. In December 2011, the then-ruling Supreme Council of the Armed Forces (SCAF) raided the local premises of a number of foreign organizations in Egypt—Freedom House, Konrad-Adenauer-Stiftung (KAS), National Democratic Institute (NDI), the International Republican Institute (IRI), the Arab Centre for Independence of the Judiciary and the Legal Profession (ACIJLP), and the Budgetary and Human Rights Observatory. They were accused of working illegally on Egyptian territory. As a result, KAS and Freedom House offices were closed, their work suspended, electronic devices confiscated, and 43 of their U.S. and Egyptian employees were arrested and many imprisoned. These events were a turning point for civil society empowerment supported by foreign NGOs.

Nancy Okail, the country director of Freedom House at the time, was sentenced to five years in prison in absentia. She has said successive governments since Mubarak have differed little in their approach to civil society: “The heads of state and the Cabinets change, but the bureaucracy—the people who actually do the work and draft the laws—have not changed.”

“They are the same people,” she said. So it seems.

The Emergency Law expired in May 2012 and a new Muslim Brotherhood–affiliated government was elected under President Morsi. Despite indications before the election that the new ruling party would be more accommodating of civil society, it soon proposed a new law that appeared to revert to pre-Arab Spring repression and control of NGOs. The draft law proposed restrictions on foreign funding of NGOs and institutionalization of an already existing oversight of NGOs by the Egyptian security service.

Following the overthrow of the Morsi government by the military in July 2013, the trend toward repression of civil society appeared to continue. As reported in an NPQ Newswire last year, a new draft law was proposed that would “give the government and security agencies veto power over all activities of associations in Egypt.”

The New York Times has quoted the minister of social solidarity Ghada Waly as saying the judicial authorities had assured her that the law would apply only to those using foreign funding “for terrorist attacks and terrorist activities and destabilizing activities.” Ms. Waly, a former official of the United Nations Development Program and the antipoverty group CARE, said she was seeking to regulate nonprofit groups more strictly, in part, to dispel fears among Egyptians about “international funding being misused and some NGOs abusing foreign funding.”

She added, “Society is very worried about what they see as a conspiracy around them in the region, so we need to appease those fears.”

According to Ms. Waly, some nonprofits had also sought to “misuse or abuse” or even “embezzle” their funding. “Transparency will appease all those fears,” said. “This is a new era.”

Most recently, the focus of the Ministry and the intelligence services seems to have swung to charities linked to the Muslim Brotherhood, which was declared a terrorist organization after the overthrow of the Morsi government. Nearly 300 such groups have been ordered to close.

Ms. Waly said, “The decision comes in accordance with the court order that banned the Muslim Brotherhood and consequently ordered the banning of activities and confiscating properties of organizations affiliated with the group.”

However, the courts subsequently ordered the government to unfreeze the funds and assets of one of the largest of these NGOs, Al-Jamia Al-Shariya.

Elagati, in his discussion paper, suggests the critical dilemma is “the blurred boundaries between foreign funding for civil society organizations working on broad political issues and political party funding.” Elagati undertook a survey of Egyptian attitudes to foreign funding which showed that foreign funding for civil society was judged to play a positive role by only one-fourth of Egyptians surveyed. Interviewees did not necessarily view funding negatively, but had more nuanced views, with 37 per cent saying that it depended on the source.

“In many contemporary democratic states, foreign funding for civil society is characterized by a shared basic understanding which includes the following characteristics:

International donors, the government and domestic civil society have an important role to play in order to enhance the benefits and avoid the abuse of foreign funding in Egypt.”