El Paso’s Public-Private Partnership: An Exemplar, or Another Cautionary Tale in the Making? 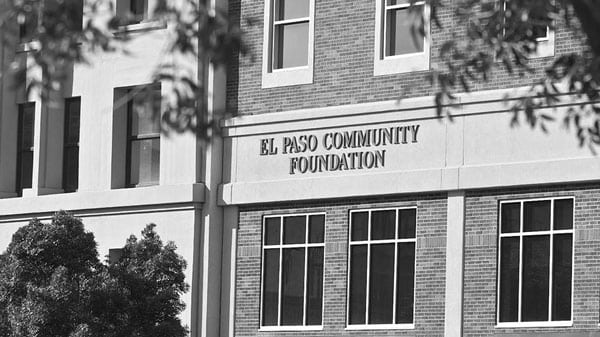 Imagine that your nonprofit has tied itself irrevocably into a collaboration, but the partner on the other side is organized to turn over its top leadership and allegiances every four years or so. That’s the situation for a lot of locally supported cultural organizations; years down the line, contemporary administrations may not see such institutions as pivotal to their priorities. NPQ has covered many stories about public-private nonprofit agreements going awry (see here for one of the most recent) but their development certainly does not seem to have slowed. Is this a problem that can be solved by a new type of structure?

The city of El Paso and The El Paso Community Foundation (EPCF) are joining forces to bring the city a new children’s museum, due to break ground this year. The museum project was approved by voters more than five years ago, at its original cost of $19.5 million. As the project expanded in scope and budget—it’s now estimated to require at least $39.5 million for completion—the city and EPCF developed a partnership that will enable the project to continue, marrying private donations with taxpayer dollars.

The two partners created a third entity, a local government corporation (LGC), as the central infrastructure for the partnership. An LGC is a little-known (but often used, particularly in Texas) nonprofit entity that’s created by government to pursue large scale public projects. LGCs can accept taxpayer dollars and private funds—in this case, the donor dollars from EPCF—and keep the independence of corporations. The city will dedicate a maximum of $39.5 million to the LGC, which will in turn contract with the Museum itself, with any additional budget expansions being managed and funded by private donations.

Tracey Jerome, the city’s Director of Museum and Cultural Affairs, points to this public-private model as a key strategy for public projects in the future.

“We are stepping forward by moving to a whole new model that is where we should be,” she states, “and it’s where we need to go with all of our sites moving forward. It is the best way to guarantee our financial sustainability of the site [sic]. It also takes a huge amount of pressure off the taxpayer because we know what our commitment is. We’re going to be in a partnership, but we’ll know what we’re doing, and there won’t be question marks.”

There are question marks with these types of partnerships, however. One of the largest is oversight: Can an entity that accepts taxpayer and donor dollars but is not legally beholden to either truly provide strong stewardship of citizen-funded projects?

When Jerome and Richard Pearson, CEO of EPCF, were both asked that question, they seemed to dance around the issue. Jerome said he wasn’t at all concerned, noting that “they are still required to follow certain state laws.” In contrast, Pearson pointed to the efficiencies created by being able to “circumvent some of the rules around the RFP (request for proposal) process.”

While oversight and accountability are often cloudy in public-private partnerships, in this case, there appears to be a strong division of responsibility and financial reporting structures, as well as aligned intentions and interests across partners. Should this partnership enable this long-awaited museum to successfully open to the public, it may serve as the example Jerome seeks.—Danielle Holly