Emotional Geography and One Dickens of a Crowdsourcing Project 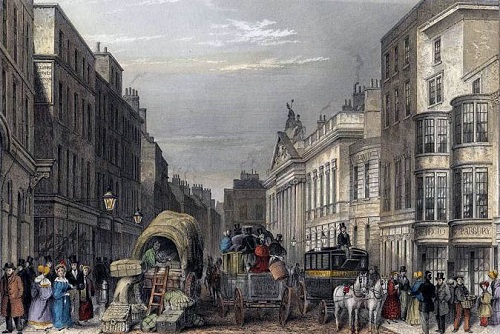 Where to begin? With the concept of a “literary lab,” something Stanford University has had since 2010, under its Center for Spatial and Textual Analysis? With explanations of “emotional geography” and “computational criticism”? Or with an introduction to Amazon Mechanical Turk, a virtual clearinghouse for “human intelligence tasks” (HITs)? This newswire has lots of jargon and multiple layers of collaboration that are a bit hard to absorb in one sitting, but the underlying story is a fascinating example of how technology and crowdsourcing are revolutionizing a field of study.

As reported in the New York Times, the Stanford Literary Lab has recently made public the findings of a research collective aimed at mapping the emotional geography of Victorian London through textual analysis of 4,363 literary passages in 1,402 novels written by Charles Dickens, William Makepeace Thackeray, Jane Austen and “738 other mostly 19th-century authors.”

The data-mining initiative, “Mapping Emotions in Victorian London: A Crowdsourcing Project Designed to Expand Possibilities for Research in the Humanities,” is explained as follows:

Within the emerging sub-discipline of literary geography, the project seeks to analyze the ways in which physical space and fictional constructions of location have worked to organize and represent the changing experiences of London throughout the eighteenth and nineteenth centuries, a period marked by both rapid urbanization and the rise of the novel.

The resulting interactive “map” uses a platform, Historypin, developed by a London nonprofit called Shift, which specializes in product design for social change. Viewers can click on any of the 167 places analyzed to see if they were categorized as “Dreadful London,” “London in the Light,” or “A Day in the Life of Old London,” just to name a few of the options. Quotations from the novels studied are used to support the labels applied to each place.

Left to their own (literary?) devices, the small staff at Stanford Literary Lab couldn’t have made a dent in the work required to analyze all those literary references and categorize all those places. Which is where Amazon Mechanical Turk and its “on-demand, scalable workforce” came into play. Workers in search of “HITs” self-identify for piecemeal tasks that can be done whenever and wherever they like and are paid based on the volume of work completed. In this case, anonymous Mechanical Turk workers categorized the literary references, and in the process joined the digital humanities revolution.

A revolution that, as it turns out, is not all that new. The Alliance of Digital Humanities Organizations has been around for more than a quarter-century.—Eileen Cunniffe