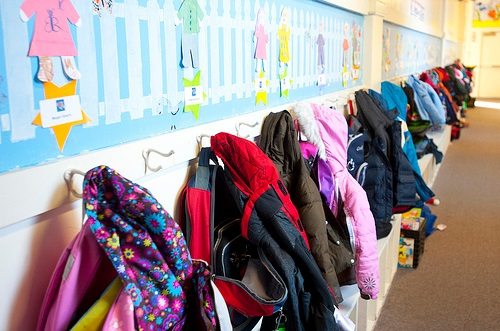 On the top ten list of reasons America’s schools are failing their students and the nation, most experts and political leaders select “bad teachers” as their number one choice. In 2008, President Obama told the nation, “The single most important factor in determining [student] achievement is not the color of [students’] skin or where they come from. It’s not who their parents are or how much money they have. It’s who their teacher is.” Eric Hanushek, a scholar at the Hoover Institute, found that “replacing the bottom 5-8 percent of teachers with average teachers could move the U.S near the top of international math and science rankings.”

Convinced that bad teachers are the core problem, New York Governor Andrew Cuomo has said it is critical to develop better ways to evaluate poor teachers because “virtually everyone…agrees that New York’s teacher evaluation system is not accurate and is skewed in its construction to provide favorable results for teachers. In New York last year, about 99 percent of the teachers were rated effective while only 38 percent of high school graduates are ready for college or careers. How can that be?” Governor Tom Corbett of Pennsylvania concurred. “When over 99 percent of the teachers in the public school systems of Pennsylvania are listed as satisfactory, I know that something’s wrong. You know that something’s wrong.”

Recently released results from two states that have created teacher evaluation systems don’t support this conventional wisdom. The Pittsburgh Post-Gazette reported on information recently made available by the Pennsylvania Department of Education which showed that “98.2 percent of all teachers were rated as satisfactory in 2013-14—the highest percentage in five years—despite a new system that some thought would increase the number of unsatisfactory ratings. In the four prior years, 97.7 percent of teachers were rated satisfactory in all but 2009-10, when 96.8 percent were. These figures count teachers in school districts, career and technical centers, intermediate units and charter schools.”

Similar results were seen in New Jersey, where Governor Christie has focused on the need to improve the quality of the state’s teachers. The state’s Department of Education recently released its 2013–14 Final Educator Evaluation Report, which stated:

“Summative data from the first year of AchieveNJ indicates that most educators in the state met or exceeded the expectations of their supervisors. Overall, the vast majority of teachers in New Jersey earned high ratings—nearly three-quarters were rated ‘Effective’ by their supervisors and almost a quarter were ‘Highly Effective.’ School leaders earned similar rating percentages (62% ‘Effective’ and 35% ‘Highly Effective’).”

Commenting on the Pennsylvania results, Ron Cowell, president of the Education Policy and Leadership Center, said, “I would guess that the results would be surprising to both proponents and opponents of the revised system. I think that a lot of people on both sides anticipated that there would be an increase in the number of teachers who were rated unsatisfactory.”

Or maybe the teachers are not the problem after all. Maybe the research which continues to point at broader issues of poverty and racism as root causes for educational failure is actually on target.—Marty Levine