Eviction Reform: A Movement Whose Time Is Now 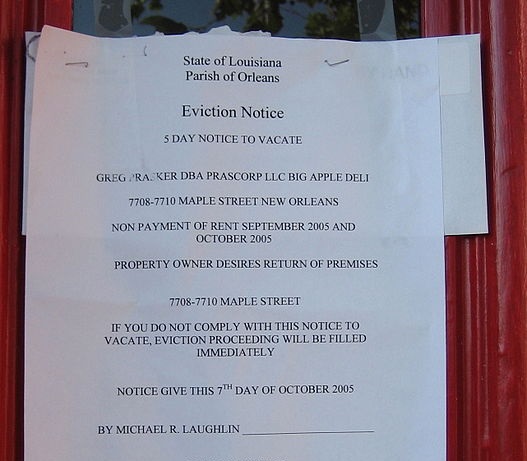 In his new book Evicted, Matthew Desmond recounts his experience living with and studying low-income families in Milwaukee. Desmond, the John L. Loeb Associate Professor of the Social Sciences and co-director of the Justice and Poverty Project at Harvard, spent more than five years in the field. Now, just days since the “official” publication of book, Desmond has been lionized in the press and journals. Jason DeParle, writing in the New York Review of Books, says, “Desmond, a Harvard sociologist, cites plenty of statistics but it’s his ethnographic gift that lends the work such force. He’s one of a rare academic breed: a poverty expert who engages with the poor.”

In Desmond’s work, eviction is the central reality in a system of rental housing instability that consumes the lives of the low-income families he studied. Eviction is both a literal loss of a home and a metaphorical separation of families from the economic mainstream of the U.S., a form of secular ostracism. In the first 24 chapters, Desmond describes the intricate dance of landlords, tenants, and civil authorities. He shines a light on practices like contingent eviction/forbearance techniques that keep tenants “in limbo” under the cloud of immediate dispossession. He describes the push and pull of making repairs, keeping rents affordable, and making a profit. Following these woven personal stories, Desmond offers an epilogue, a review of his methodology and an extensive and well-annotated “Notes” section.

In his epilogue, “Home and Hope,” Desmond connects the dots of the narratives: “The home is the center of life. It is a refuge from the grind of work, the pressure of school, and the menace of the streets. We say that at home we can ‘be ourselves.’” Then, he identifies the specific personal and social benefits that are derived from a stable home. Desmond makes the point that for years low-income tenants were able to find and keep stable rental housing for a reasonable 30 percent of income, but that, for the last two decades, rent inflation and wage stagnation has made affordability impossible. Desmond is not so technical in his analysis. He calls the root cause “greed.” In identifying solutions, Desmond calls for making housing stability a national priority and cites the need for a Universal Voucher Program with fair housing protections for voucher holders and expansion of legal representation for tenants in eviction court

In many ways, Desmond’s study is a throw back to a narrative, anecdotal research style based on participant observation. He’s in good company with a host of pioneering documentarians, including Jacob Riis, James Agee and Walker Evans, Michael Harrington and Lee Rainwater. All these writers come from a tradition of social documentation that is action oriented. In “From the Depths,” Robert H. Bremner wrote of the 20th Century Progressives: “Nearly all of these reforms involved limitations on private property rights and extension of public authority into areas previously regarded as the exclusive preserve of individual initiative.” What a shocking contrast to the “free market” reforms proposed by Speaker Paul Ryan in his campaign to remove the shackles of government programs from the poor.

Government is a player; landlords have professionalized

While there is no denying that evictions have skyrocketed in recent decades as incomes have failed to keep pace with rent, eviction is not a new phenomenon. Two other factors for the longer term increase in evictions: the shift from informal/self-help dispossessions to judicial evictions and the “professionalization” of property owners.

Jared N. Day’s book Urban Castles documents the emergence of a politically active real estate/landlord lobby in New York City that emerged in response to organized tenant actions to curb abuses in tenement housing. The evolution towards landlord “professionalism” came in two stages: first as a movement by real estate interests in the 1930s–1950s, and later as a movement by “mom and pop” owners who formed a different interest lobby around the notion of “investor associations.” In fact, Desmond calls attention to the emergence of the investors association in his narrative about “mom and pop” owners, Sherrena and Quentin Tarver. Even more recently, NPQ revealed how California’s Landlord Association teamed up with a local United Way to block rental reform.

As civil authorities took more and more control over the eviction process, landlords adapted to the new systems. With a combination of political influence on judges and legal representation in the courts, the emerging real estate/landlord associations shaped the eviction courts to their needs. In many localities, supported by the same political forces, local government or courts provide educational services to landlords. More recently, jurisdictions are using “nuisance” laws to promote non-judicial dispossession of “undesirable” tenants. Tenants, by contrast, lost their interest in and capacity to have a political influence on the courts and local government. Part of that loss was the institutionalization of the union movement after the 1940s and the cooling of the Civil Rights and Poor People movements of the 1960s.