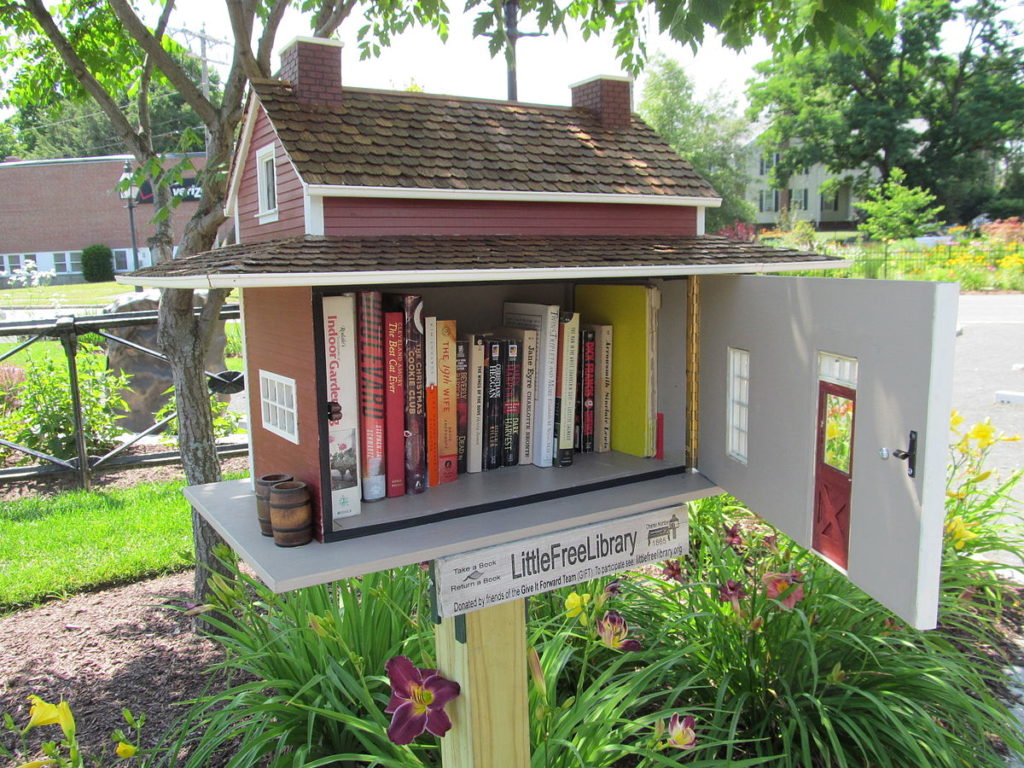 Tell us if you’ve heard this one before: a nonprofit founder passed away, and their family clashed with the organization’s CEO over its legacy. Publishers Weekly reports a recent clash between the late Little Free Library founder Todd Bol’s family and the nonprofit he created and led up until his recent death.

The history of the Little Free Library is very touching. As a tribute to his teacher mother, Bol constructed a mini model of a schoolhouse and filled it with books to share with his neighbors and friends. He placed the box in his yard in Hudson, Wisconsin, and from there the idea spread. In 2013, the Little Free Library became a registered 501c3 with the goal of spreading more little outdoor boxes filled with books into communities everywhere. There are now 90,000 Little Free Libraries around the world.

Since then, little free libraries have become a movement. In 2015, NPQ reported on how popular they were with children, and the passion people had for the “take a book, leave a book” model. A year later, NPQ’s Ruth McCambridge wrote about the “phenomenon” that is these mini houses filled with books meant for sharing. Since 2016 when NPQ published that article, tens of thousands more libraries have been created.

Todd Bol was the founder and Executive Director of the Little Free Library up until his death in 2018. Soon after his death, his brother created a for-profit business, Share with Others. They will make and sell boxes to be used for little libraries and say they will donate proceeds to literacy nonprofits.

On October 15th of this year, the Journal Sentinel published a story about the creation of the for-profit and the start of a trademark clash with the nonprofit. Little Free Library filed a trademark infringement notice with Etsy, who took the Share with Others page down.

Since then, Tony Bol and other members of the family have publicly come out against the recent trademark filings and changes by the Little Free Library. Both Share with Others’ launch and the trademark filings happened in June of 2019.

Bol claims in the article that his brother had been considering a for-profit venture. He and other members of the family also argued that the term “little free library” was meant to be a generic term that all could use. The nonprofit responded that they’re treating Share With Others “like any for-profit business that tries to make money off Little Free Libraries. But we certainly don’t wish [Share With Others] ill will.”

Publisher’s Weekly reports that the family is fighting trademark filings, claiming the nonprofit is trying to monopolize the movement. Little Free Library argues they give instructions and guidance to help any individual build their own little box and have a library successfully. Their trademarks are meant to protect the movement against those who would profit from the core ideas behind it.

Tony Bol admits that Share with Others is for-profit, comparing them to groups like Newman’s Own…which is not quite accurate. Share With Others started with sales and has expanded to use profits to create a new foundation, according to their website. Newman’s Own Foundation is the sole owner of the food and beverage and licensing companies of Newman’s Own. The legal structures of the organizations are set differently. Share with Others’ promise of profit sharing, as of now, is just that: A promise.

There are other issues with some of Tony’s claims. His claim that his brother was seeking a for-profit venture before his death conflicts with statements his brother made and even ones that he made in a Star Tribune article right before Todd’s passing.

“Everyone was trying to talk him into being a for-profit company,” Tony said, which would have allowed more flexibility and less accountability. But more than a decade ago, Todd was bounced from a company he founded to fix the nursing shortage, so he was wary of investors shifting an organization’s direction.

Todd Bol wanted the accountability, his brother continued. “He wanted to protect the mission.”

Isn’t that what Little Free Library is saying as well, in this clash? That they are trying to protect the mission? And isn’t that same mission shared by both the family and the nonprofit?

Todd Bol said it best himself in the Star Tribune article right before his passing: “If people get along and work together and share books, I’ll take that over Billionaire Bob’s money…With Little Free Library, everywhere we go, we try to plant seeds.”

Hopefully this “clash” will resolve so the focus will return to more seeds being planted in the form of these little libraries.— Sarah Miller