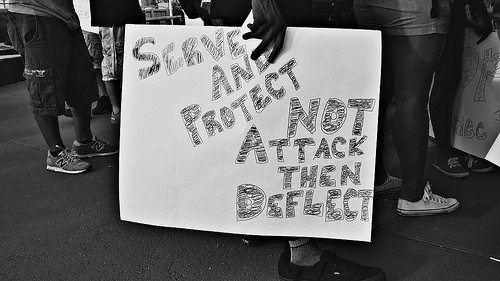 The Ferguson City Council will be implementing a Civilian Review Board to help guide and give feedback to the local police department, which has been heavily criticized for its behavior and aggressive responses to the protests following the shooting death of teenager Michael Brown.

This board will consist of civilians who are not connected or affiliated with the police department in any way but have a vested interest in helping to improve the police force while functioning in a watchdog role.

The concept of an oversight board was proposed back in August during the height of the protests when the Ferguson police was still using rubber bullets and tear gas to subdue protestors.

“We want to reassert the idea that we need accountability from the department, and we need local change—not just in North County, but city-wide,” said Montague Simmons with the Organization for Black Struggle back in August. “The relationship has to be transformed of how officers are actually being held accountable for excessive use of force.”

The idea of a review board composed of civilians is not new or uncommon. New York City has a Citizen Complaint Review Board that is independent of the police department and investigates potential cases of police misconduct. Similarly, other cities like San Diego, Salt Lake City, Las Vegas, Durham and many more also have citizen review boards that address concerns submitted by other civilians and discuss what action, if any, should be taken.

The initiative comes just days after the U.S. Department of Justice announced that it would be opening a civil rights investigation into the Ferguson police department. In a prepared response last Thursday, September 4th, U.S. Attorney General Eric Holder said:

“These anecdotal accounts underscored the history of mistrust of law enforcement in Ferguson that has received a good deal of attention. As a result of this history—and following an extensive review of documented allegations and other available data—we have determined that there is cause for the Justice Department to open an investigation to determine whether Ferguson Police officials have engaged in a pattern or practice of violations of the U.S. Constitution or federal law.”

In addition to the civilian board, the Ferguson officials will also be implementing new procedures limiting the revenue the city can receive from its court systems. For example, the fee defendants would normally pay if they do not show up to their court date will be waived.

According to Thomas Harvey, the head of ArchCity Defenders, a local St. Louis nonprofit that provides legal services to low-income individuals, these changes are “a great first step” and he hopes “they can improve up on it and hopefully be a model for other municipalities.”—Shafaq Hasan