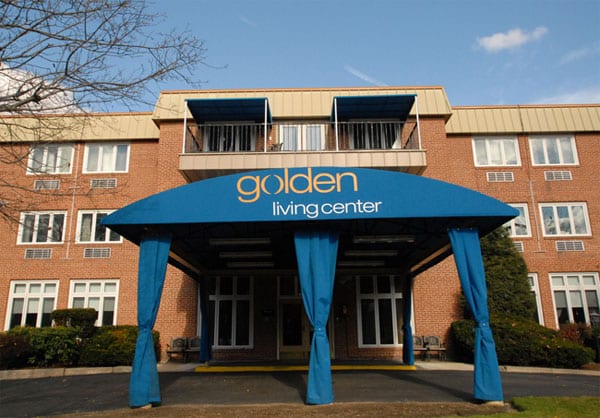 In late April, nursing home administrator Debbie Menzenberg sent urgent notices to South Dakota health care officials, saying that the company managing the 18 nursing homes she oversaw had stopped paying its bills. Utility companies were threatening to turn off water and power, putting residents at risk. In another five days, the nursing homes would run out of food and laundry supplies.

The company in question, New Jersey-based Skyline Healthcare, had assumed management of the homes—which are owned by Golden Living Centers—in January 2017. A year and a half later, Skyline Healthcare declared bankruptcy, threatening the stability of nearly 20 percent of the nursing homes statewide.

The state responded by putting the 18 skilled nursing facilities (and one assisted living facility also managed by Skyline) under the authority of Black Hills receivership. The receiver, hemorrhaging millions of dollars, requested permission in December to close two facilities by February 2019. According to South Dakota News Watch, as reprinted in the Argus Leader, the entire chain of homes is skating on thin ice.

Who is to blame for this debacle? The American Health Care Association, along with some state officials, blames Medicaid reimbursement rates. South Dakota has the lowest reimbursement rate of any state, $131 per day, while the cost of patient care is estimated to be $161 per day. As NewsWatch notes, with a loss of $32 per day per Medicaid resident, South Dakota nursing homes are losing $39 million per year.

But that’s not the whole story. Just over half of South Dakota’s nursing home residents (55 percent) receive Medicaid. This is considerably lower than the national average, which is closer to 62 percent. Most nursing homes make up for the loss on the Medicaid side of their business with private-pay residents, who pay far more than the average cost per day for their care. In South Dakota, for example, the cost for nursing home care is $7,000 to $9,000 per month.

What is really going on here is far more complex. As NPQ has covered in the past, for-profit companies now own and manage nearly 70 percent of nursing homes, as compared to 24 percent run by nonprofits. And all the evidence, including last year’s high-profile bankruptcy of HCR ManorCare, the nation’s second-largest nursing home chain, indicates that for-profit companies are gaming the system, hiding profits, bankrupting institutions, and delivering care that is demonstrably of lesser quality than care provided by nonprofit institutions.

Golden Living Centers is a case in point. In Pennsylvania, its homes were found to be so deficient, that it was forced to transfer its licenses for 36 homes to other chains, among them the recently-bankrupted Skyline Healthcare. Golden Living continued to own the properties, charging rent to the new operators that came to $12 million in 2017 alone. The new operators also spent as much as $46 million on staffing, food, and other services provided by Golden Living subsidiaries. Recent reporting from PennLive concludes that the nursing homes remain “plagued with problems,” often as a result of these high costs.

Even nonprofit nursing homes struggle with slim margins, particularly in rural areas where the number of private pay residents may not be sufficient to offset low Medicaid payments. But a different story is playing out in Selby, South Dakota, where the community is facing the closure of its nonprofit nursing home, the Good Samaritan Center.

The facility, run by the nonprofit Evangelical Lutheran Good Samaritan Society of Sioux Falls, which operates in 23 states, announced it would close the Selby facility in early October. The town of 625 people was deeply concerned about what would happen to the 40 people living at the nursing home, and the loss of 50 jobs in the small community. They rallied to save the 60-year-old facility, setting up a new nonprofit, Walworth County Care Center, and negotiating with Good Samaritan on an exit plan in which they agreed to donate the building housing the facility to the new nonprofit. As a mission-oriented nonprofit, Good Samaritan lived up to its name.

Dan Biel, a local insurance agent who is president of Walworth County Care Center, told News Watch he believes that as a small, local, standalone facility, they will be able to operate more efficiently than when the home was owned by Good Samaritan. But most importantly, he says, the new organization doesn’t need to make a profit.

“Obviously, people wouldn’t be closing nursing homes if they were making money,” he explained to reporter Bart Pfankuch. “So, our main goal is we’d be doing dang good if we just broke even.”—Karen Kahn

Correction: This article has been amended to reflect that Bart Pfankuch’s story, reprinted in the Argus Leader, originated from South Dakota News Watch, a nonprofit journalism site.