You First: Leadership for a New World—“Three Tests of Leadership” 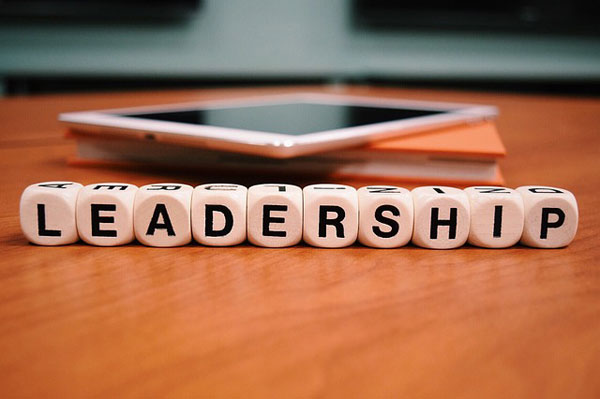 About a decade ago, I decided to be the best leader ever. Okay, maybe not the best—that’s beyond my reach—but certainly better. I got things done, that’s true. Our organization accomplished a lot. But it wasn’t always pretty from the corner office.

According to Robert Greenleaf (the man who coined the term), servant leadership “begins with the natural feeling that one wants to serve, to serve first.”1 (Although many give credit for servant leadership to Greenleaf, others say that Jesus Christ beat him to the punch.2) Servant leadership is intuitively appealing. It just makes sense, and has what researchers call “face validity.” Who wouldn’t want to be a servant leader? We’re in the nonprofit sector after all, and who among us doesn’t come to the work wanting to serve? Says leadership expert Peter Northouse, “Servant leadership argues unabashedly that leaders should put followers first, share control with followers, and embrace their growth.”3 What’s not to like?

But, appealing as servant leadership sounds, some aren’t so sure. One argument is that the concept is “often confounding upon cursory examination, is not easily captured, and is not amenable to quick application.”4 Per James Showkeir, criticism of servant leadership tends to be that it is “too touchy-feely; it does not have enough business focus; it has too many religious overtones; it is not for companies under financial strain; or it is good when times are good, but, under stress, ‘business as usual’ prevails.”5 And one last thing: “along with the ‘value-push’ prescriptive quality,” writes Northouse, “there is an almost moralistic nature that seems to surround servant leadership.”6 As my mother used to say, “Goodness gracious, sakes alive!”

If servant leadership is all that, plus under-researched and largely philosophical, why do experts in the field like Ken Blanchard, Peter Block, Stephen Covey, Peter Drucker, Jim Kouzes, Peter Senge, and Margaret Wheatley endorse it so enthusiastically?7 Count positive orientation, spiritual foundation, and consistency with accepted management principles.8 Another reason servant leadership may be so beguiling is that people are reluctant to criticize such a positive movement; another equally credible rationale may be, “Why not?” After all, any leadership theory that seeks to enhance individual consideration and has ethical underpinnings has legitimacy in my book.

With all this said, servant leadership as a practical tool does seem pretty hard to put into action. What does it mean to serve first? How are you supposed to do that in practice? Compare servant leadership to the pragmatic category killers in the leadership literature like James Kouzes and Barry Posner’s The Leadership Challenge, now in its sixth printing and still a top seller. The authors argue that exemplary leaders should “Model the Way, Inspire a Shared Vision, Challenge the Process, Enable Others to Act, Encourage the Heart.”9 Now this is what I call practical. Not so with servant leadership. I get that I should be, as Northouse puts it, “altruistic and humanistic,” but where’s the toolkit?10

Here’s what I finally figured out: servant leadership isn’t a toolkit for leading per se, but it is a darn good tool for evaluating how good a leader you are. Eureka!

The price of admission to be a servant leader is to want to serve. Use whatever leadership approach you want. Use The Leadership Challenge, transactional leadership, transformational leadership, web of leadership, leadership secrets of Captain Underpants, whatever. Your approach, style, how you roll is your call, but the test of your leadership is where the rubber meets the road:

The difference manifests itself in the care taken by the servant, first to make sure that other people’s highest priority needs are being served. The test I like best, though difficult to administer, is: Do those served grow as persons; do they, while being served, become healthier, wiser, freer, more autonomous, more likely themselves to become servants? And, what is the effect on the least privileged person in society; will she or he benefit, or at least, not be further deprived?11

I’m a big fan of Frank Capra’s It’s a Wonderful Life, and I’ll use it to illustrate the three-part test of servant leadership outlined above. The first test is whether those you’ve served grow as people. On the morning of Christmas Eve, Uncle Billy (George’s lovably incompetent finance guy) loses a payment to old man Potter’s bank (Potter actually stole it). In three possible variables explored in the movie, George pays up, goes under, or kills himself for the life insurance money to pay off the loss. But thanks to his altruism over the years, George’s community of customers take it on themselves to cover the loss. Everyone sings “Auld Lang Syne,” and the movie ends. Cue tissues.

The second test of servant leadership is whether or not those served become servants themselves. This is the servant leadership rule: “Do unto others as you would have others do unto others.”12 During the 1932 banking crisis, Tom (George’s “Grumpy Cat” customer) leads a rebellion to sell George out to old man Potter. Guess what? On Christmas Eve, thirteen years later, he’s among the first to dig deep into his wallet.

The last test of servant leadership is the effect on the least privileged, which is clearly substantial. What would Bedford Falls (where George lives) be like had George not been born? It would have been Pottersville: a tawdry, unseemly place populated by down-on-their luck people—including Mr. Gower, the town drunk castigated and ridiculed for accidentally poisoning a customer. But George was born, and none of that Pottersville stuff happened.

When we leaders look back upon our lives, will we really spend time remembering the deficits or surpluses, the boards of directors that didn’t raise enough money? Not a chance. If we use the servant leadership tests, we’ll help others transform their lives. And that’s something to remember—that’s a wonderful life!

More about: leadership dynamicsManagement and Leadership