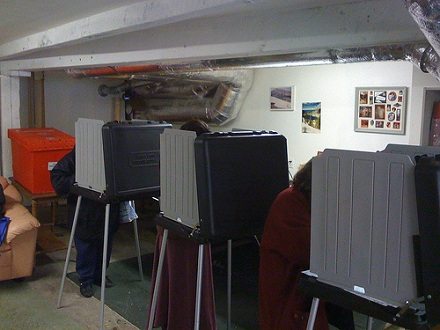 According to WCTV-Tallahassee, after the DHS announcement, Secretary of State Ken Detzner “almost immediately sent a letter to elections supervisors, many of whom have so far resisted the purge, suggesting that access to the federal database would allow the [purge] program to resume.”

While the DHS database, titled Systematic Alien Verification for Entitlements (SAVE), could help remove registered non-residents who somehow registered to vote from the voting rolls, the database doesn’t contain any information on illegal immigrants who might have registered to vote. Also, it’s unclear if the state can legally do anything with its access to the new database. The National Voter Registration Act prohibits voter purges within 90 days before a federal primary or general election, and Florida holds a primary that includes federal offices on August 14th. The Sunshine State is already being sued on these grounds by nonprofit groups including the Florida Immigrant Coalition, the National Congress for Puerto Rican Rights, and Florida New Majority, among others, and it would seem logical that use of the DHS database for purge purposes might prompt a similar lawsuit.

In any case, Florida isn’t the only state interested in accessing the SAVE database. The Associated Press reports that Colorado Secretary of State Scott Gessler has been requesting access to the DHS database for a year and that officials in Ohio, Michigan, New Mexico and Iowa—all potential 2012 election swing states with Republican governors—have supported Gessler’s efforts. Detzner spokesman Chris Cate noted the more widespread implication of the DHS decision, saying, “We believe this is a very big step in the right direction, and we hope our success paves the way for other states.”

The question now on the minds of many voting rights advocates is whether the database will be used narrowly, and correctly, to prohibit registered non-citizens from voting, or whether it might potentially be used—incorrectly—more broadly, either in Florida or elsewhere. As for the Sunshine State, now that the Florida Division of Elections has this success under its belt, NPQ hopes that it can turn its attention to enabling people to vote legally, as the focus thus far (or at least the focus that has received attention from the local press) has been on keeping illegal voters away from the polls rather than on helping legal residents cast their ballot.

Florida—and others that might be following its lead—may have the emphasis on the wrong syllable. Turnout in U.S. elections is much lower than it is in other wealthy countries. Meanwhile, the Associated Press reports that, “in 2007, five years after the George W. Bush administration launched a crackdown on voter fraud, the Justice Department found virtually no evidence of organized efforts to influence federal elections with ineligible voters” and only 86 people have been convicted of voter fraud as of 2011. –Mike Keefe-Feldman