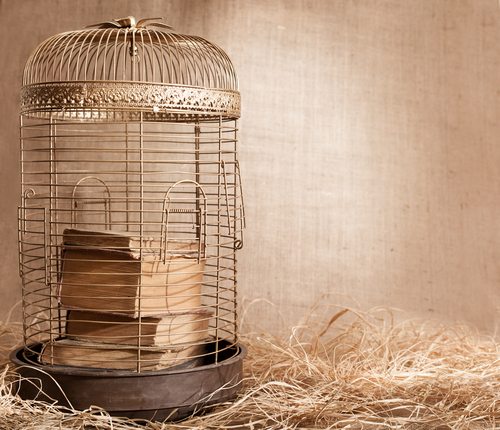 A few weeks ago, NPQ covered a story about a student-run magazine in Fond du Lac High School in Wisconsin. Following a story written by the editor on “rape culture,” leaders of the school invoked a little-known policy requiring all student publications to undergo scrutiny and checking before publication. The outcry was immediate and national, ending up in the local legislative body. As promised, this is a follow-up to that story.

The newly enforced policy has caused a significant delay in the publication of the next issue of the student-led magazine, Cardinal Columns. As of the end of April, the issue, which has been ready since early in the month, had not been approved. Several changes were being demanded, including the removal of a picture associated with an article covering the censorship controversy; the photo depicts a student with duct tape over his mouth.

In a classic act of civil disobedience, a group of students, apparently not part of the magazine’s staff, staged a sit-in outside the administrative offices of the school protesting the censorship and calling attention to the delay in publication. The sit-in was to begin at 8 a.m. The principal of the school told the students to break up and go back to school or punishments would be meted out. About 10 students stayed behind and joined the principal in the Performing Arts Center of the school in a conversation that some adults from the general public were allowed to attend, although not representatives of the local press.

One day after these events, the principal, John Wiltzius, handed in his resignation, effective the end of the school year. Although no connection was stated openly in his letter or in any subsequent statements by him or the school district, it’s certainly some coincidence that it follows so soon after his actions regarding the student protests.—Rob Meiksins