Journalist Dale Russakoff’s new book, The Prize, delves into Mark Zuckerberg’s mission to turn around Newark, New Jersey’s ailing school system. In 2010, the Facebook founder contributed $100 million to the effort, which was announced on The Oprah Winfrey Show. We spoke to Russakoff about her new book.

What did the people of Newark know about Zuckerberg’s $100 million check?

They knew nothing about it until it was announced on Oprah. And that was one of the formative flaws of this whole effort: there was a decision to do it over the heads of the community. The irony is that there was a huge consensus in Newark that the schools were failing and needed to be changed in some way. But having people parachute in from the outside and say, “We’re going to fix your school system because it’s such a failure,” didn’t do anything to help that consensus form. It created a polarization that led to opposition to everything the reformers were trying to accomplish.

Why didn’t the leaders have the wherewithal to bring the community in before this announcement was made?

It does seem kind of amazing looking back on it. But their thinking was that the community would organize against this because unions would be against it, and so would the political bosses who had an interest in the way the school district operated. What Booker and Christie kept saying is that we need to bypass them. The whole mantra was, “We’re doing this for the children.” But the parents of the children, if they didn’t understand why this was good for their children, there was a problem from the get-go.

When Zuckerberg made this big gift to Newark, what were the schools like?

The whole system was debilitated, antiquated, even dysfunctional. It was so top-heavy that they had twice as many administrators per student as the state average. There was a billion dollar budget, and less than half of that amount reached the school building. And at the same time, the schools were performing terribly. Fewer than 40% of kids in elementary school, grades K-8, were reading at grade level. In the high school, just over half the kids were graduating. 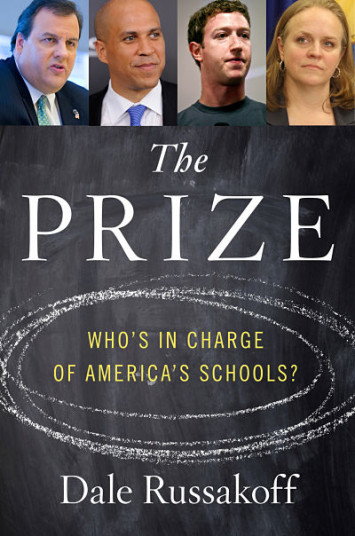 AC: After the money comes in, you describe the way Booker goes about quietly hiring a team of education consultants and none are from Newark. The community begins to become suspicious about where the Zuckerberg money is going?

Cory Booker said he wanted Newark to have input, to have a seat at the table. But the board of the foundation set up to hold the money — in order to sit on the board, you had to give $10 million to the effort. They later reduced that to $5 million. Nobody in Newark was going to be able to give $5 million.

What does the Newark story tell us about philanthropy’s role in public education?

Starting in 2000, Bill Gates, the Walton family, Michael Dell and others – these families and individuals got enthusiastic about education reform and became the dominant donors in public education. A lot of them came from entrepreneurial backgrounds and believed in business models and entrepreneurial approaches rather than the big public systems that run education. They wanted to use data in a very aggressive way to evaluate everyone in the system, the way they would in their own businesses. In fact, as Booker and Christie were trying to raise money, they found philanthropists were very willing to give money to expand the charter schools, or to expand Teach for America, but they weren’t willing to give money that would be used by district schools because they thought that was a waste of their money.

So it’s five years since the Oprah announcement. Are Newark schools better off?

They did almost double the number of students going to charter schools in Newark, which outperform the district schools. But the 60% of children who are still in district schools, the data doesn’t show they’re doing better. In standardized tests for grades K-8, performance has actually gone down somewhat. Part of the problem is that the schools have been through such an upheaval as they downsized to make room for charter schools. There have been budget cuts; positions were eliminated for teachers, social workers, counselors, art teachers, after school programs — the things that really made education meaningful and appealing to kids who are growing up with tremendous stress. Thousands of students have been moved around as schools have been closed, and consolidated and relocated. It’s really hard to have consistent student achievement when you have children moving around like that.

What’s the responsible role of private philanthropy in public education?

Supporting only entrepreneurial options is leaving out a lot of kids. I understand they feel many districts aren’t going to use the money effectively but there needs to be more thinking about how those systems can become better vehicles for philanthropy so that all kids benefit. Zuckerberg is now spending more time having his philanthropy work closely in communities they want to donate to; working with parents in charter and district schools, teachers and school leaders, to make sure they’re in tune with the needs of kids and not just coming in from the top down.

And so, would you be a proponent of a hybrid charter-district school model, funding both of them simultaneously?

It doesn’t help to pit two systems against each other because you’re just pitting children against each other. If you’re really trying to help kids learn better, you want all the children to have those opportunities. There aren’t enough charters to serve all the kids in America. Charters aren’t a silver bullet. They’re only as good as the people who lead them and teach in them. And most children are always going to be served by district schools. And it seems like, if those schools are failing kids, then that’s where the country’s energy needs to be, to figure out why they’re not working and to make them better because otherwise, you’re missing most kids, and what is really the legacy of that?

Dale Russakoff, is there anything you want to say that you didn’t get a chance to say?

I have never been into a failing school that doesn’t have some really excellent teachers in it. There needs to be room for the teachers and the principals who have been working in urban education for years and who understand very intimately what the challenges are and the needs are. The conversation needs to move away from polarized reformers and anti-reformers, to create a space for those who really understand the kids’ needs because I think they feel that this debate is leaving the kids out.

Russakoff writes in The New Yorker about Newark’s schools.