For Community-based Nonprofits: Local Government Politics is a Must Do 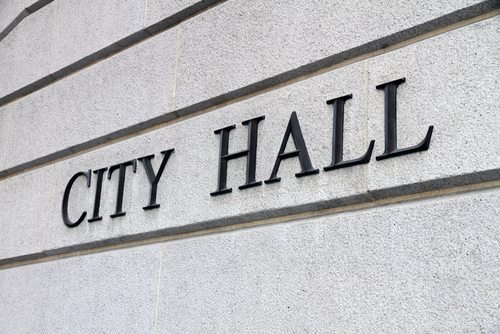 A wise man (and a wise guy) once said to a bunch of local chamber of commerce members, “If you’re in business, you’re in politics.” That’s even truer if you are in the nonprofit business.

Nonprofits—social service organizations, charities, advocacy groups and voluntary associations—are joined at the hip to the public policy decisions of government officials, both politicians and bureaucrats. Unlike private for-profit businesses, which can often (although don’t always) operate in the private marketplace with limited impacts from public policy, nonprofits are distinctly in the public realm, in the business of human and community service, and that means the actions—or lack thereof—of government intersect with, and have a profound impact on, their work.

Never has this been more obvious than in the wake of the Great Recession, as nonprofits and government compete for limited public resources, be they tax revenues or private philanthropic dollars. It’s the classic scrap over a shrinking pie. And the irony of it all is that both of these sectors of our society are pledged to do the same thing—help communities and people in need because the private for-profit sector cannot and will not.

Some local governments recognize that tax-exempt nonprofits can be key contributors to a community’s social and civic vitality (e.g., museums, theaters, think tanks and universities), key providers of public services (e.g., hospitals, food banks and mental health agencies) and major employers (representing about 10 percent of total employment in the U.S., making the sector the third largest behind retail trade and manufacturing), but when they are not being actively used and acknowledged as partners, they are sometimes characterized by local governments as freeloaders—non-contributing recipients of municipal services.

While most media attention is focused on Washington, the fact is that in our federal system, where power and money are dispersed, the policies, taxes and spending of state and local governments have a huge impact on the nonprofit sector. That’s where much of the action has been in the past year.

The debate can get downright philosophical. How should the public purse be spent? By political leaders elected by, and accountable to, the public, in the form of tax dollars appropriated to programs and services? By private non-governmental organizations whose leaders are not elected, but who benefit from publicly sanctioned tax-exempt contributions and relief from paying taxes themselves? Or perhaps a strong partnership between the two? Then, there is the debate over the role of private philanthropy and volunteerism as the social safety net vs. government largess, which dates back to Alexis de Tocqueville’s writing in Democracy in America almost 200 years ago.

First, some specific trends of note in 2013, and then a few words on grounded advocacy:

The most high profile bone of contention between local governments and nonprofits last year were PILOTS, or payments in lieu of taxes. Cash strapped cities, especially those that are major centers for nonprofit, tax-exempt, health, cultural and educational institutions, looked to PILOTS, be they mandatory or “voluntary,” as a way to raise revenue. Examples abound:

Some cities have begun to make land use decisions based on revenue considerations, rather than on what may be in the best interests of a community. This “fiscalization of land use” has been seen in cities where zoning variances that would allow the conversion of abandoned, privately held properties into active, thriving nonprofit service centers have been denied because it would mean removing them from the tax rolls.

For example, last year, the city council of Greensboro, North Carolina, decided to go with a private developer rather than a local food cooperative when it sold off a shopping center in a low-income neighborhood that was surplus city property. The council decided to sell the property to a private developer, angering supporters of a cooperative grocery operation that hoped to move in, because it would mean adding it to the property tax rolls.

Nonprofits sometimes find themselves at odds with public employee associations and unions. Due in part to the extreme financial pressures of the Great Recession, many local governments have contracted out key services to local nonprofits. Proponents say it saves municipalities money and improves services, but some public employee groups view the growing trend as outsourcing, which saves money because only the work is done by lower-paid workers with fewer benefits.

The trend, around for decades, has accelerated recently. Many municipalities outsource such services as health clinics, job training, and family services. Some say the charter school movement is a quintessential example of outsourcing traditional public services to private nonprofits—New York City’s new mayor, Bill de Blasio, has been especially critical of them. Also exacerbating the trend is the increased pressure on local government coming from diminished public employee pension funds. The loss of the funds’ portfolio values has increased the size of the “unfunded mandates,” or the pension payouts that must come from taxpayers if their investments don’t perform.

Also this past year, some high profile local elected officials weighed in on the relationship between local government and their communities’ nonprofits. In New York, Mayor de Blasio drew the ire of some of the city’s mainstream nonprofit leadership—conservationists and park advocates in particular—by supporting a plan to redistribute money from Central Park’s operating budget to other, smaller parks in low-income neighborhoods throughout the city, not by moving money around within the city’s parks budget, but through a proposal “to raid the assets of the private nonprofit group that runs Central Park,” according to critics of his position.

On the other hand, Los Angeles’ new mayor, Eric Garcetti, continued something started by his predecessor, appointing a high profile, highly respected philanthropic foundation executive to direct his Office of Strategic Partnerships. That office coordinates, with mixed results, public and private efforts on various civic programs and policies by leveraging partnerships—primarily with institutional, corporate and family foundations—to fund initiatives being pursued by the City, usually in conjunction with community-based nonprofits.

In bankrupt Detroit, several private foundations have been in discussions with the federal bankruptcy judge overseeing the proceedings to provide half a billion dollars to protect Detroit’s art collection from being auctioned off, and in the process help partially shield Detroit retirees from the financial hit of the city’s bankruptcy. Although there has been legitimate criticism over the transparency of the process, the plan is a striking example of private philanthropy stepping in to take over a long-time public asset. The idea would be to create a nonprofit charitable trust to buy the Detroit Institute of Arts’ collection from the city, protecting it from being sold off piecemeal in bankruptcy proceedings, and restoring hundreds of millions into the city’s pension system.

And back in Pittsburgh, it’s a mixed message—at the same time the new mayor challenged nonprofits on PILOTs, he created a senior-level staff position similar to the one in Los Angeles, with the goal of improving the level of cooperation and collaboration between the city and its philanthropic sector, to work with nonprofits to address problems in chronically underserved communities, and to appoint liaisons to help nonprofits cut through red tape.

All of this leads to one clear conclusion: Regardless of one’s views on who should get what, it is incumbent on local nonprofits to advocate on behalf of themselves, their work, and their clients. That means developing constructive relationships with government officials before conflicts and problems arise. There are more than enough examples of nonprofit organizations, even entire communities, asleep at the switch, leading to the frontal assaults on their resources by state and local government officials we have seen over the past year.

To advance their missions and raise the money they need, not to mention protect their assets from being raided, nonprofit service providers must be in a position to influence public opinion and political leadership. That means forming collaborations and coalitions with a strong sense of unity and a consistent message that reinforces their commitment to the very communities and constituents that political leaders are pledged to care about as well.

Finally, this should not be a solely defensive agenda. “Keep your hands off my tax exemptions, and while you’re at it, increase our funding” is not a sustainable advocacy agenda for nonprofits. Government officials have had to make some very difficult decisions and are accountable to voters, who themselves have been hard pressed by the recession. Nonprofits should be looking for and suggesting ways to work with the public sector, increasing everyone’s effectiveness. Government needs to be open to that as well, and it needs to come from city halls and state capitals across the country, where much of local tax policy is decided.

Nonprofit leaders could start by doing some strategic long-term thinking about their relationships with state and local government, elected officials, and agency staff, and how their interests both coincide and compete. Taking the lead and reaching out to politicians, bureaucrats, and community stakeholders in a positive and cooperative way will lead to seeking common ground and those proverbial win-win solutions for everybody, especially those among us in need.

Larry Kaplan, a lay journalist/newswire writer for NPQ, is a consultant based in Los Angeles. He describes himself as passionate about urban communities and social justice.  He helps non-profit organizations leverage governmental and community relations to advocate for their causes, advance their missions, reach their fundraising goals and achieve their program objectives. He has built and maintained elected officials’ offices, managed political campaigns, helped public agencies increase their effectiveness, and advised private companies and associations on their philanthropic and civic responsibilities.