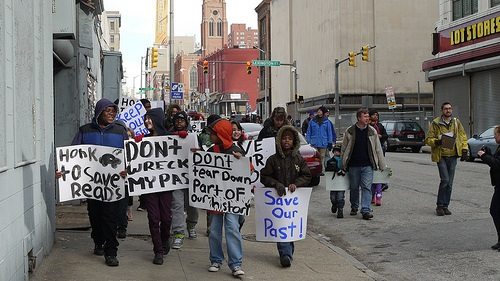 In November of 2014, a new governor was elected in Maryland—a Republican who is pro-charter schools. In December, then-governor-elect Larry Hogan said he was going to work hard to increase the number of charter schools operating in the state. Now, a report has been issued by Baltimore’s Abell Foundation recommending changes in the charter school laws of the state, making it a more attractive environment for charter management organizations (CMOs).

Maryland is somewhat unique in the world of charter schools. Unlike most states, the school districts charter the schools and the teachers all have to be part of the teachers union; they pay dues, and schools must abide by whatever contract has been negotiated with the union. The local school boards also have the authority to close low-performing charter schools.

Because of these restrictions, the large charter management organizations that operate schools in several states around the country have chosen to stay away. The result is that there are relatively few charter schools in the state, with 47 schools educating about 84,000 students. Most of these are in Baltimore. The CMOs interviewed by the Abell Foundation for its recent report suggest that when looking at where to open a new school, or more than one, autonomy and flexibility are key. The CMOs prefer to operate in an environment with few restrictions on how they can operate, including the education system they provide and the teachers they hire. One regulation they dislike in particular is having to hire teachers that are certified.

The Abell Foundation report supports the call to increase the number of charter schools in the state, and recommends doing so by loosening the regulations to attract high-performing CMOs. The premise is that in some ways, charter schools are better than public schools, although even in the report it is observed that public schools educate children as well as any of the charters. In Maryland, the charter operators tend to be independent, operating one or possibly two schools. They are locally owned and operated, not the “franchises” of a CMO.

Based in Baltimore, the Abell Foundation is committed to investing in the city and its most needy. It has a focus on such issues as education, workforce development, and the arts. It spends considerable money on Baltimore’s central city. This report is part of the foundation’s desire to raise awareness about social issues in order to inform decision-making. Some leaders of Baltimore’s African-American community have decried the foundation as part of a system that is “fundamentally premised on a plantation paternalism to ‘save’ and ‘fix’ black Baltimoreans and all have a possessive investment not in racial justice, but rather the status quo which allows them to go on saving and fixing and getting paid.”

Maryland has traditionally had one of the highest performing public education systems in the nation. Until just this year, the state was ranked first by Education Week; it has now slipped to third. The public schools have been doing well, as have the charter schools that are operating within that public education system. According to reports, it seems that Maryland has avoided the trap of many communities, such as Wisconsin, where there have been a number of schools that have closed for financial mismanagement—even fraud. We have to ask of this initiative to loosen the laws: It ain’t broke, so why fix it?—Rob Meiksins

More about: EducationPolicies and Laws