Founders Who are Effective Over Time: Their Characteristics 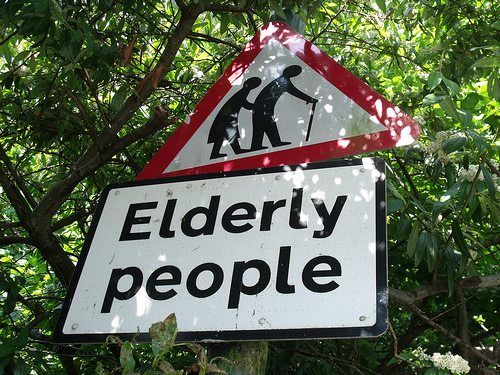 Editors’ Note: The following article is excerpted from a study entitled “Social Entrepreneurship and Social Transformation.” The excerpt suggests that founders with certain specific characteristics can keep pace with their organizations over decades of growth and recalibration. The study looked at seven social entrepreneurship projects which were widely viewed as successful. Readers can view the entire study, or request it from Alvord, S., Brown, L.D. & Letts, C. “Social Entrepreneurship and Social Transformation,” Journal of Applied Behavioral Science, 2004, 40:3, 260-282.

The seven cases that constitute the base of the study come from many regions and countries, but all have had substantial impacts on large populations. They include:

Bangladesh Rural Advancement Committee (BRAC) was established in 1972 to implement a systemic approach to rural poverty alleviation. BRAC now works in 60,000 villages in Bangladesh to organize the poor for self-help and build local capacities for economic development, healthcare, and education.

The Green Belt Movement (GBM) was established in 1977 to promote grassroots mobilization, “conscientization,” and leadership development through environmental activities. It has mobilized 50,000 Kenyan households to plant 20 million trees, among other activities.

Plan Puebla (PP) was initiated in Mexico in 1966 to improve crop production with farmer-oriented cooperatives and support activities as well as better agricultural technology. It increased maize production by 62 percent among 47,000 Mexican farmers and helped them to double their family incomes.

The Grameen Bank (GB) was established in 1976 to provide group lending for poor people without collateral in Bangladesh. The Bank has now provided small loans to 2.3 million poor borrowers, mostly women, and fostered microcredit initiatives around the world.

The Self-Employed Women’s Association (SEWA) was founded in 1972 to organize poor women street vendors and domestic workers to improve working conditions, get health care, and gain access to credit. SEWA has organized hundreds of thousands of women to influence the Indian government to improve standards for informal sector workers.

The Highlander Research and Education Center (HREC) was founded in 1932 in rural Appalachia to use adult education to help local leaders organize and gain political voice. It developed education programs to offer key support to the U.S. labor and civil rights movements.

Examining these cases suggested that there are three patterns of innovation strategy that helped to scale up the impacts of these social entrepreneurship initiatives:

The founders of these initiatives come from rich and poor backgrounds, from industrialized and developing countries. Some founders are individuals, and some are teams; some are men, and some are women. They include lawyers, professors, managers, and grassroots organizers. No immediately obvious and highly visible characteristics distinguish these leaders by background, country of origin, gender, occupation, or even as individuals or groups. Comparing these cases, what characteristics emerge as being associated with successful social entrepreneurship?

The accompanying table on page 23 (Characteristics of Initiative Leadership) presents summary data and ratings across the cases on a dimension of leadership and a dimension of organizational arrangements that seem characteristic of successful social entrepreneurs in these cases:

The first column of the table rates and describes each initiative in terms of its leadership’s ability to understand the perspectives of and work effectively with constituencies whose concerns and resources were critical to the initiative. In many cases, individuals have experiences and skills that enable bridging capacity with very diverse stakeholders; in others, the leadership team possesses the necessary skills and resources. We rated the leadership “high” when it could understand and work effectively with all of the stakeholders that are central to the organization’s strategy; “moderate” if it had the skills to work with most key stakeholders; and “low” if it was ignorant of or at odds with stakeholders critical to its success. While this aspect of leadership emerged from our examination of the cases, it is consistent with the challenges posed by settings in which success turns on effective dealing with many different constituencies (e.g., Brown & Covey, 1987; Moore, 2000).

In most of these cases, the social entrepreneurs—whether individuals or groups—had backgrounds and experiences that enabled them to build effective links with very diverse actors. The leaders of BRAC, SEWA, and Grameen Bank, for instance, were members of national elites who were committed to working with marginalized groups; the founder of Highlander came from poor circumstances but gained access to elite constituents through education; the founders of Six-S had diverse backgrounds that collectively enabled them to understand and connect with very different perspectives. The two initiatives whose leadership had less success in bridging diverse stakeholders had more difficulty in expanding the impacts of the initiatives. The founder of the Green Belt Movement has been challenged by tribal politics, tensions with government actors, and lack of long-term donor support. The leadership team of Plan Puebla focused on building relationships with local farm communities, academic colleagues, and targeted government officials; but the team’s inability to cultivate relationships with a variety of outside donors or other development organizations resulted in reduced funding and an eventual government takeover that undermined many of its social change and community improvement goals.

The second column of the table on page 23 focuses on the long-term adaptive capacity displayed by the leadership of these ventures in response to changing contexts and circumstances. Many of these leaders or teams expanded their own repertoires to provide new visions for growing organizations over many years. Some have also fostered leadership succession processes that put appropriate new talent in place. Long-term adaptive capacity was rated “high” when leadership successfully catalyzed initiative adaptation to internal and external changes or organized successions to deal with challenges over the long periods required for scaling up these initiatives; “moderate” when they adapted with some difficulty to new organizational or contextual challenges; and “low” when their problems of adaptation or succession undermined the effectiveness or expansion of the initiative. While this definition of adaptive capacity grew out of examination of these cases, the concept resembles aspects of leadership identified by analysts who have looked at the phenomenon in other contexts (e.g., Heifitz, 1994).

The leadership of most of these initiatives exhibited impressive longevity. Five of the seven were led by their founders for 25 years or more, and even Six-S and Plan Puebla had the same leadership teams for 10 years or more. Launching and expanding successful social entrepreneurship ventures is not a short-term effort. The adaptive challenges facing these initiatives varied across forms of innovation. For capacity building initiatives, many of the challenges involved evolving understanding of local development demands and the need to create organizational arrangements and donor alliances to support expansion. BRAC was extremely successful in creating systems to deliver programs to thousands of villages over a long term. It is less clear that Six-S and the Greenbelt Movement were able to create the kinds of long-term alliances needed to expand their impacts in the long term. For innovations that focused on building development packages, the Grameen Bank was more successful than Plan Puebla in developing a package that could be disseminated widely over a long period. In movement building initiatives, adapting effectively to political challenges was critical to long-term effectiveness, and both SEWA and Highlander leaders were able to respond creatively to continuing political challenges. Many initiatives adapted program components to fit their core innovations to emerging contextual challenges, such as Grameen’s partnering with non-Islamic women to teach Islamic women observing purdah; Highlander’s integration of blacks and whites in residential education programs in the teeth of local segregation laws; and SEWA’s addition of economic development and support services to its initial political organizing program.

Each of the three initiatives whose adaptive capacity is rated moderate had difficulties in responding to a major contextual challenge. Six-S groups, overwhelmed by an influx of funding, ignored necessary village capacity building processes and became too focused on quick successes and impacts valued by donors. The Greenbelt Movement didn’t build the federations and coalitions required to address effectively the broader scale issues of government corruption. Plan Puebla didn’t demonstrate to government and other constituencies the importance of sustainable social change program components.

We have talked here about two characteristics of leadership—bridging capacity and adaptive capacity. But elsewhere in the study we discussed the fact that each of these initiatives was organized to mobilize and build upon the assets of the poor constituencies they served, and so they were able to turn relatively small investments into sustainable activity resourced in part by poor and marginalized groups. This appears to be a critical component of the type of transformational work these groups do.