Free Your Mind, and Your Nonprofit Will Follow: Racial Equity in Psychedelic Research 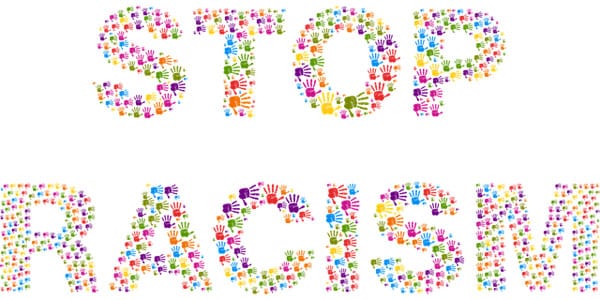 This article takes for granted the idea that we, civil society (nonprofits and movements), want to live in non-dominant, pluralistic societies. In others, I speak of the need to move away from domination patterns; the complementary work to be done is in healing from domination. While any of us could fall on this side of the equation, we can agree that those who are marginalized in societies bear the biggest burden. That’s why it’s ironic (or cruel, depending on how you orient) that one of what some believe to be the most promising fields for healing, psychedelic therapy, reflects the same race bias as the larger society.

Elijah C. Watson, writing for Okayplayer, notes, “A Google search for black researchers in the field of psychedelic therapy will yield a single result—Dr. Monnica T. Williams. At a time where terms like diversity and inclusion have become buzzwords in work environments across the country, research on psychedelic drugs continues to be led by white men.”

LSD, or acid, one of the best-known psychedelics in the US, was made popular in the 1960s by Timothy Leary, a white clinical psychologist at Harvard University. It was banned in 1968, along with other psychedelics, but since the 1990s, psychedelic research has been making a comeback, including “MDMA-assisted therapy for veterans suffering from PTSD.” But, Watson observes, “like its ’60s counterculture predecessor, the psychedelic research renaissance that’s happening at the moment is noticeably white.”

Watson goes on to point out that though indigenous cultures have worked with psychedelics for thousands of years, including in Africa and the Amazon (Ayahuasca, the master), people of color in the US, especially blacks, have a conflicted history with both drugs and medical research (remember the Tuskegee Syphilis experiments on black men).

Williams says, “Because of the criminalization of all these substances and the fallout from the war on drugs, African Americans face a lot of danger when it comes to using drugs or even talking about them in a way that isn’t true for white people.” (Exactly the feeling I had while reading Michael Pollan’s new book, How to Change Your Mind.)

Nevertheless, Williams braves the terrain by describing her firsthand experience in MDMA trials, in which she went back to an early trauma event as a child. In an interview with Psychedelic Times, she recalls,

We started talking about that kid that was me. My therapist asked if I could find some love in my heart for her, and I said, “No; I hate her.”

She asked, “Why do you hate her so much?” And I said—with tears streaming down my face—“Because she was so vulnerable.” It was intolerable. Black people are taught we have to be strong—all the time. But no one can be strong all the time. And no one should have to be.

Williams and other researchers released a comprehensive review earlier this year of racial inclusion and recruitment in psychedelic research. And, she says, she learned that the problem is bigger than inclusion of researchers and participants. “There’s not an infrastructure for people of color in psychedelic research,” she says. “The foundation that was built for the study needs to be completely torn down and rebuilt with diverse participants in mind.”

This is not the first time NPQ has heard this idea. We hear it from our readers of color—how hard it is to be “included” into predominantly white organizations, even as they seek to make racial equity a priority. Oftentimes, there is a hidden requirement to “fit into” the organization, even though it was not designed with “diverse participants” in mind, especially if there are leadership aspirations.

For people of color, especially black people, even the areas of healing and liberation are a place of struggle. But they don’t have to be. And neither do our organizations. So expand your mind and your organizations, and the change you want to see in the world will follow.—Cyndi Suarez