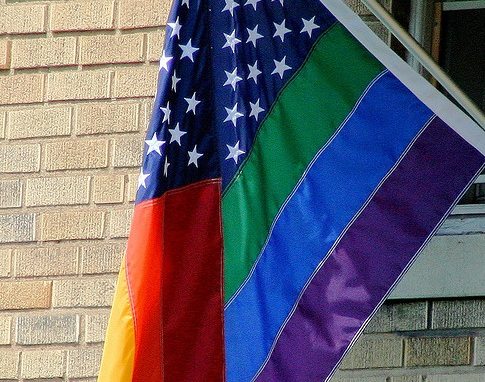 Last month, some undocumented immigrants became eligible for reprieve under the Obama administration’s “Deferred Action for Childhood Arrivals” (DACA) program. Those who qualify are considered on a case-by-case basis and, if approved, can apply to stay and work in this country legally for up to two years. The application costs $465 and requires several background checks along with extensive financial, medical, education, and other records.

The process alone can be daunting and burdensome as it is, but the processing fee is prohibitive for many Dreamers, as undocumented youth are called, who work in the shadows and are paid accordingly.

Nearly 50 lesbian, gay, bisexual and transgender (LGBT) groups, under the leadership of the National Center for Lesbian Rights (NCLR) and the Los Angeles Gay & Lesbian Center, have banded together and raised $75,000 to help some DACA applicants with the $465 price tag attached to the chance of pursuing the American Dream.

“When President Obama rose above politics to do the right thing for these brave young people we were moved, grateful, and wanted to help. We need these hardworking, talented youth to build a stronger future, and they need and deserve a chance to stop living in fear and on the margins,” Kate Kendell, NCLR’s director, said in a statement. “But the reality is that most of these young people will not have a chance to apply because of the cost. This fund is at the core of what our movement is about – standing together and making a difference in the lives of people who are part of our diverse community.”

Some of the Dreamers who tirelessly fought for recognition and successfully spurred the government to action are LGBT themselves.

“I am extremely grateful for the outpouring of support from so many people in our community, who believe in us and are giving us an opportunity to achieve goals that seemed completely impossible for most of our lives,” said Jorge Gutierrez. “Coming out as gay helped me come out as undocumented, which has been so much more difficult and challenging.”

To date, about 82,000 Dreamers have applied for reprieve, a far smaller number than what had been predicted by both advocates and opponents of DACA. – Erwin de Leon