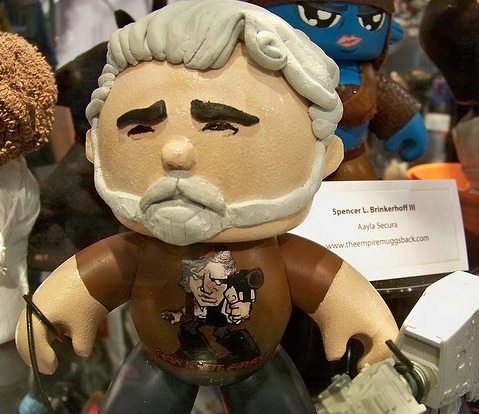 In a surprising turn of events, George Lucas’ LucasFilm, a film production company with a 6,100 acre footprint in Marin County, Calif. called “Skywalker Ranch,” has pulled out in the late stages of a plan to build a new digital studio, instead deciding to sell the land to a developer for affordable housing. Lucas’ abrupt pivot comes in direct response to opposition by local residents largely due to environmental and quality of life concerns, and a decision by the Marin County Board of Supervisors to postpone the final vote on the approval of the digital studio project.  Marin appears to be dumbfounded by the chain of events, especially since Lucas had invested years and millions of dollars in site planning for this latest expansion.

For advocates of affordable housing and related social justice issues in Marin, the Lucas drama is a tremendous boon. Setting aside the motive for Lucas’ decision, which some locals have called a ‘thumb in the nose,” or, more salacious, an attempt at “citing class warfare,” Lucas is essentially forcing the community’s hand on affordable housing, which it has only reluctantly addressed in the past, despite its heavily left-leaning politics. Jeffrey Tanenbaum, a supporter of the original Lucas project and local resident, summarized some of the current sentiments about the Lucas project in the New York Times: “If the Grady Ranch [studio project] had gone forward, it would have increased property value…It’s likely that if affordable housing were to be built in the neighborhood, it would have a negative impact on property value. But that’s not a major factor for me. Affordable housing has to go somewhere.”

However, clearly these sentiments are not universally shared. Carl Fricke, a member of the local homeowner association that opposed the digital film studio project, reported, “We got letters saying, ‘You guys are going to get what you deserve.  You’re going to bring drug dealers, all this crime and lowlife here in here.” The Marin Community Foundation is in discussion with Lucas to explore possible strategies for carrying out his new plan. The Foundation has served as the lifeblood of myriad nonprofits in the community, many of whom struggle to receive funding from foundations outside of Marin due to the high degree of wealth present in most parts of the community. However, as the Foundation’s recently commissioned report, “A Portrait of Marin” (developed by the American Human Development Project of the Social Research Council) highlights, Marin is also home to pockets of deep poverty and socio-economic disparities.

The San Francisco Chronicle quoted Marin Community Foundation’s President and CEO Thomas Peters, who said, “We don’t know yet what might be able to be developed there, but the notion of being able to explore his property and see if some beautifully designed family or senior housing can be developed there is too wonderful to pass up.” Sweetening the prospect for a nonprofit developer, Peters added, “One of the incredible offers that Mr. Lucas made is that he would make available the extensive technical studies that have been done on that land, including water, topography, creek access and other engineering data that would give us a head start and help us determine whether senior or affordable housing can be built there.”

This case publically challenges the commonly accepted local notion that low income people and their housing and services should be relegated to a few highly concentrated pockets, rather than being interspersed throughout more secluded areas where wealthy people live. Also, it serves as a good reminder of how one high net worth individual or well intentioned company can transform the debate on a social issue overnight, even where studies, master plans, and public policy often have limited results.  – Paula Smith Arrigoni