German Universities to Be Free of Charge: “Fees are Socially Unjust” 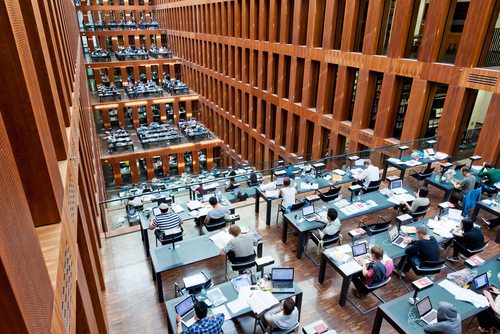 In these days of massive, smothering student debt for young people in the United States—debt that precludes things like starting a family and taking the job you want— this story seems almost otherworldly.

There is one discourse that has fired the interest of university students worldwide the past half-century or so: the argument around fees. A new round of this argument will be sparked by the announcement that Germany has scrapped student fees starting next term.

Not that student fees in Germany had been around all that long. They were first introduced by individual states during 2006–2007.

“Tuition fees are socially unjust,” said Dorothee Stapelfeldt, senator for science in Hamburg, which scrapped charges in 2012. “They particularly discourage young people who do not have a traditional academic family background from taking up studies.”

Across Europe, the pattern has been mixed. Germany will not be the only country where university tuition is free; Denmark, Finland, Sweden and Greece offer free university education to their own citizens. In other countries, such as France and Switzerland, tuition rates are relatively low. They are highest in England, where they have been deregulated and universities are free to set their own rates.

The Times Higher Education Reviewpublished an essay earlier in the year providing a historical and political background to the stark division between German and English approaches to higher education. At a political level, federalism has favored free university fees in Germany. Higher education is seen as a responsibility of the states and all state governments have now responded to the voter pressure to keep it free. Voter pressure also explains why in Scotland, higher education costs considerably less than in England. Higher education became the responsibility of the Scottish government at devolution. In England, all the main political parties have been responsible for the steady increase of fees since they were first introduced in 1998 by a Labour government.

In Germany, higher education historically was highly prized and considered a citizen’s entitlement. In England, it was the preserve of an elite. Even today, many are concerned that under current government policies in England, high-quality university education remains inaccessible.

Data comparing university fees across the OECD is available at Education at a Glance 2014: OECD Indicators.—John Godfrey