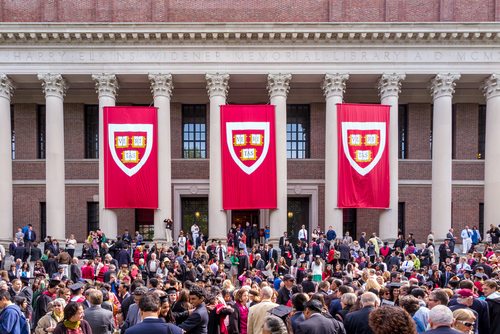 A dozen Harvard University students, members of the Student Labor Action Movement (SLAM), assembled outside a university building on Friday, September 26th, calling on President Drew G. Faust to cut ties with Teach for America unless the AmeriCorps program makes major changes to its organization.

The group’s demonstration comes as part of a larger movement initiated by United Students Against Sweatshops, which holds that holds that Teach For America is working to privatize education through its relationships with big-name corporations that are threatening the sanctity of public education. The group had a TFA Truth Tour during March and April earlier this year, wherein protests were scheduled and executed on college campuses, including Harvard University.

In their letter to President Faust, the student group outlined the reforms they would like to see within the organization:

“We’re calling on Harvard to support and provide the resources for people who want to have lifelong careers in public education, not people who want to teach for a couple of years and then go to law school or business school,” said Blake A. McGhghy, a group member who directed the SLAM’s campaign on Harvard’s campus.

Harvard has had a substantial history and relationship with Teach for America with nearly one in five seniors applying to join the organization in recent years. Last year, 29 graduates from the university’s class of 2014 joined the program.

In response to the movement’s criticism of Teach for America, co-CEO Matthew Kramer issued a statement commending the program’s mission and efforts to help children from low-income and sparse opportunity communities throughout the country.

“In order to one day end educational inequity, we need to be fostering leaders in all fields related to education,” said TFA recruiter Tess Nicholson. “People at Harvard care about education, and the need for dialogue is here.”

In addition to SLAM’s demands for reform, Teach for America has also received some measure of backlash following the decisions of the Durham, N.C., and Pittsburgh school districts to not renew their contracts for the 2015-2016 academic years. Along with concerns similar to those of SLAM as to the privatization of education, Pittsburgh cited Teach for America’s close relationship with charter schools as part of the reason for their termination of the contract. (In Los Angeles County alone, nearly 90% of Teach for America participants are placed in charter schools.) Colorado school districts also questioned recently whether Teach for America could address the diversity gap that exists in their communities.

In the end, TFA has no evaluations that are significantly without dispute in terms of proof that they improve the outcomes for low-income students. Plus, it uses up north of $300 million each year. Now is the time when we might want to look more carefully at ROI, unanticipated consequences, and the reasons behind scaling one particular response so heavily.—Shafaq Hasan