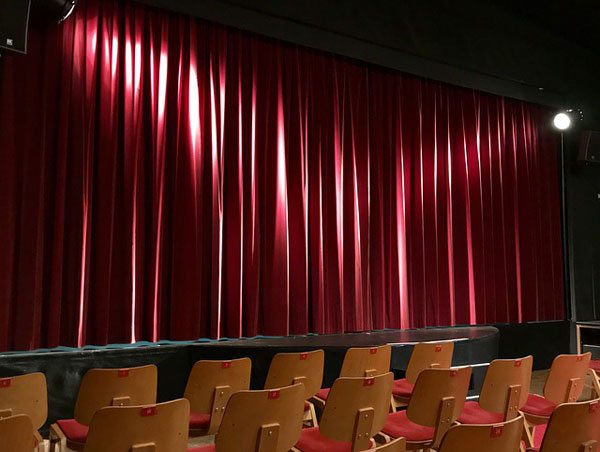 Last week, Austin Opera announced the immediate termination of artistic director Richard Buckley for “inappropriate behavior in violation of the company’s policy on harassment.” Trustees acted on findings from an external investigation and said that “staff will not disclose further details about the incidents that occurred” out of respect for those affected by Buckley’s conduct. Two women who spoke on the record with the American-Statesman did, however, disclose additional details. And some of those details make it hard to believe a statement made by a Buckley spokeswoman that “The allegations are baseless and without merit.”

Ellen Mason, who worked at Austin Opera from July 2012 to May 2013 as manager of marketing and communications, recounted her experience:

Richard Buckley engaged me in unwanted sexual behavior repeatedly during my one season at Austin Opera, and he was a big reason that I did not continue working there. After I resigned, I stopped by to pick up a couple of things that I accidentally left behind. Richard walked in and upon seeing me exclaimed: ‘You no longer work here so it is no longer sexual harassment!’ then proceeded to hug me so tightly that my breasts were smashed against his chest and I could (feel) certain parts of his anatomy, and then he started twisting his body right to left and rubbing himself all over me. My arms were trapped by my sides and I could not break free. This happened out in the open, in front of other staff.

Monica Maldonado Williams, currently editor of GivingCity, a publication about the nonprofit world, and a contributor to the Statesman, is also a former employee of Austin Opera. She said she witnessed inappropriate behavior while she was there. She notes that nonprofit arts organizations may be especially at risk for sexual harassment challenges, both because of their organizational structures and because there is often a “star” factor associated with prominent arts leaders that may lead board and staff members to look the other way:

Nonprofits can be especially prone to harassment situations because of the nature of the relationship between the staff, board members and executives. Usually board members and important donors expect to be catered to, and staff feels compelled to oblige. In this case, the artistic director was a star and the darling of a few important donors, which often happens at an arts nonprofit. When someone feels like a star, they can believe they’re immune to criticism and above certain policies. It’s always better when a nonprofit takes steps to improve the workplace, because mission-focused work can already be so challenging.

In this case, the trustees did not look the other way. And while Buckley, who was artistic director at Austin Opera since 2004 and also has been active on the international opera circuit, “intends to explore all his legal options,” at least the initial wave of reporting suggests a unified front among the company’s trustees and donors. Significantly, Ernest and Sarah Butler, who last year made a $1 million commitment to Austin Opera for the position of artistic director, affirmed their support. In an email to Annie Burridge, the opera’s CEO and general director, regarding Buckley’s termination, they wrote, “We are solidly behind the board of Austin Opera and you.”

Richard Buckley is not the only prominent arts leader to be accused of misconduct in recent months. Last December, two high-profile conductors also grabbed headlines in the wake of the Harvey Weinstein revelations and the #metoo movement. First, the Metropolitan Opera suspended conductor and former music director James Levine while allegations of past sexual encounters with teen boys were investigated. Then, several women stepped forward to accuse world-renowned artistic director and principal conductor of London’s Royal Philharmonic, Charles Dutoit, of inappropriate behavior over many decades. In a New York Times article last month, announcing that Dutoit and the board of the London Philharmonic had agreed he would step down, Michael Cooper observed that this “was the latest indication that the reckoning over sexual misconduct is now international in scope, and has reached the world of classical music much as it has Hollywood, the news media, the restaurant industry and politics.”

Even before these three cases surfaced, former opera singer Dan Kempson wrote a troubling piece last October describing sexual harassment of gay men as a pervasive problem in opera, citing several examples. Kempson said, “It’s time for the opera world to also look at its own epidemic of sexual harassment and assault. As much as there is to say about what women go through, I’m starting from the gay perspective because it’s what I know.”

It’s difficult to assess just how pervasive sexual harassment is in the nonprofit arts sector. As Williams notes, there can be a cult of personality surrounding high-profile arts leaders, and therefore a reluctance to call them out for bad behavior. Which is all the more reason why trustees and staff members in arts organizations must ensure they have anti-harassment policies in place, and that these policies are consistently enforced—at every level, with no exceptions.—Eileen Cunniffe