Healthcare in Tennessee Is Poor, and the Future Is Not Looking Better 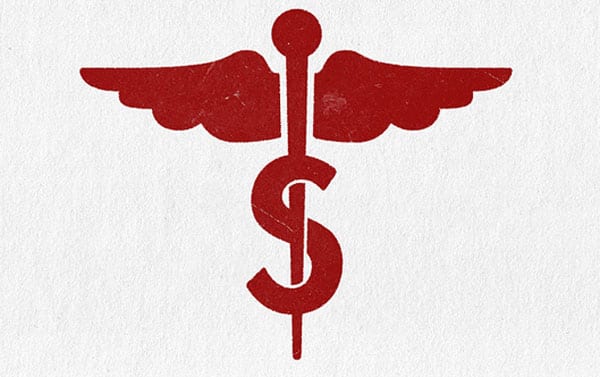 What’s wrong with this picture? The state of Tennessee has spent five years encouraging its population to lead healthier lives without making a dent in the overall outcomes. In spite of historically low unemployment rates, the Governor’s Foundation for Health and Wellness looked at links between poor health and preventable disease in the workforce in Tennessee and how that impacts the state economy. Only one county seems to be doing well. The rest of the state, it seems, is a healthcare disaster when it comes to preventable diseases—and it’s costing the state billions of dollars.

Tennesseans rank above the national averages for adults with diabetes, poor mental health, and obesity, as well as low-birth-weight babies. Add to this list arthritis, depression, and heart attacks, and you have a list of health issues that are often preventable, or easily treatable if approached as part of an overall healthcare plan. The state attributes much of this to people’s behavior (tobacco use, being sedentary). There are more than 90 citizen-led committees throughout the state to help improve outcomes locally.

Further, childhood obesity in Tennessee is the highest in the nation, though a dent has been made in it. Researcher Shari Barkin, professor at Vanderbilt University School of Medicine, said, “We were able to decrease obesity in those three- to five-year-olds who were food insecure, we believe, because we connected them to existing resources better and more consistently.”

However, while there has been some success in reducing this high rate by focusing on preschool children in low-income areas, the real focus needs to be on entire families. Barkin, who is also the school’s director of pediatric obesity research, said, “If we don’t invest (in children) early, we see the impact later. But I don’t think we focus on children one at a time—we focus on two-generation solutions, so how do you get families better?”

Currently, the state is spending one third of every dollar it budgets on health care. Much of that cost (last year it was over $5 billion) was spent treating just three chronic diseases: diabetes, hypertension, and cardiovascular disease. All three of these are preventable or controllable with healthcare that focuses on prevention and not just treatment. And this seems to be where Tennessee differs from some other states in how its healthcare industry operates.

There are more than 500 healthcare companies operating in Nashville, and they have a major economic impact on the state. In 2015, their employment numbers had a financial impact of over $18 billion. So, what seems to be the problem? With all of these healthcare options, how can so many Tennesseans be so sick?

It seems that for insurance companies, the payoff comes in treatment of diseases, not in their prevention. Visiting your doctor to learn about where to go to an exercise class or buy fresh foods is not time well spent, but treating your high blood pressure or heart disease is. Prescribing medications that are picked up at the pharmacy is better for the insurance companies’ bottom line than prescribing a morning walk around the block and a daily dose of fresh veggies.

According to Richard Johnson, CEO of the Governor’s Foundation for Health and Wellness, “We still have a long way to go.”

“These organizations do a great job doing the very best they can to get us better when we get sick, but they’re not engaged in keeping us from getting sick,” Johnson said. “We need a similar amount of focus on saying, how can we prevent so much of this that’s preventable to begin with?”

That would require a major shift in reimbursement and payment models by the government and insurance companies.

“The system’s not going to change if the economic incentives and business models are built around all the reimbursement coming, all the payment coming on the treatment (and) cure side,” he said. “Physicians don’t get paid extra to spend time with you in a patient visit, talking to you about an exercise program or better nutrition.”

The question that hangs in the air as Tennessee leaders explore its high rate of poor health and the costs associated with treating the many preventable diseases that abound in the state is: Does the insurance industry want to build a model for prevention of disease (a health model, perhaps) or does it want to continue to work only with a treatment model—an illness model? The bottom line for them, and often for physicians, is in the latter. But the prevention model seems to be in the best interest of the population of Tennessee. With the economy of the state hanging in the balance, choosing a direction may not play out in favor of those who truly need a prevention strategy, leaving health and wellness for Tennesseans among the worst in the US.—Carole Levine