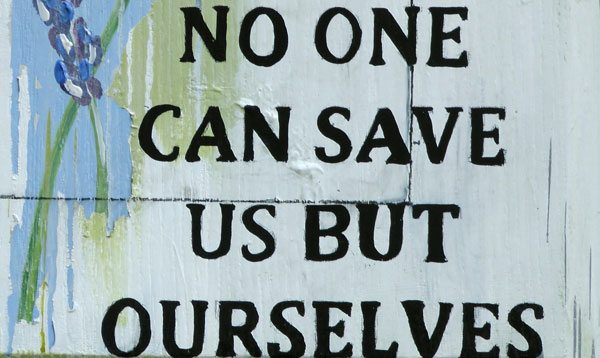 A group of Coloradan residents known as Together for Colorado Springs, a nonprofit 501c4 advocacy group, has pledged “at least $10 million” to acquire the Denver Post. John Weiss, the group’s chair, also publishes the Colorado Spring Independent and other Colorado papers.

This offer comes in response to an unusual plea from the Denver Post’s editors. “As vultures circle, The Denver Post must be saved,” was a headline that greeted readers eight days ago. The paper’s staff, once 250 strong, is now slated to fall to 70. According to Sydney Ember of the New York Times, weekday circulation at the Denver Post is about 170,000; its website attracts 8.6 million unique web visitors a month.

Other options are also on the table. Aldo Svaldi, writing in the Denver Post, reports that “Denver-based philanthropic strategist Bruce DeBoskey, who writes a syndicated column for The Post, is [exploring] the establishment of a community foundation, similar to one used to preserve the Philadelphia Inquirer and Philadelphia Daily News.”

Svaldi notes that Alden, the hedge fund that owns the Denver Post, had once, along with a second hedge fund, Angelo Gordon & Co., owned the Philadelphia papers. Back in 2012, the two funds sold the papers for “$55 million to a group of wealthy Philadelphia residents from across the political spectrum.” These donors ultimately created the nonprofit Lenfest Institute to oversee the group, which, Svaldi points out, “has since hired new staff and boosted coverage.”

Here at NPQ, we have written regularly about the rising tide of nonprofit journalism, a trend also widely covered by the Columbia Journalism Review. Not long ago, NPQ quoted an editor of the nonprofit-owned Indian Country Today, who proclaimed hopefully that, “We can invent a new kind of news organization, one built on the currency of imagination.” But this is not to ignore the flipside of the story—namely, that the rise of nonprofit journalism is very much tied to the declining fortunes of the commercially funded variety.

The Denver Post’s editorial has reverberated across the industry. Washington Post editor Marty Baron tweeted that the editorial was “extraordinary” and “courageous.” Needless to say, the Denver Post’s situation is hardly unique. As Ember points out, Alden owns a number of papers, including the Boston Herald, Pioneer Press, Mercury News, the East Bay Times, and the Orange County Register. “The numbers are dramatic: the hedge fund’s Bay Area paper group, now has 160 newsroom employees, down from 380 in 2011.” The Daily Times of Delaware County, Pennsylvania has seen its staff plummet from 125 to 25. Frank Pine, executive editor of the Alden-owned Southern California News Group, points out that, “Our newsrooms have been cut by nearly half in just the past two years.”

Pine observes that a key economic driver behind the shift is that a large share of digital advertising revenue instead of “going to newspaper companies where it offsets the cost of news-gathering…accrues to the tech giants.” To the extent that large platform providers like Google and Facebook benefit, one could imagine them perhaps contributing a small share of that revenue to fund journalism, as media studies professor Ben Eltham advocated last year. Another factor, though, is profiteering—notably, cuts at the Denver Post have come not because the paper was losing money, but as a strategy to increase profits for the media company’s owners.

So far, Pine observes, the ways out seem to boil down to two—billionaire buyers or nonprofit philanthropy. “In a few rare cases, billionaires with a passion for journalism, have stepped up to buy major newspapers. That’s wonderful when it happens, but it’s probably not the solution to the bigger problem,” Pine writes. The Washington Post, owned by Amazon’s Jeff Bezos, is one example. The Los Angeles Times, which Patrick Soon-Shiong is expected to buy, is another.

If not, Pine suggests, “a shift to nonprofit status may be an option.” Teri Sforza, an award-winning Orange County Register investigative reporter, more forcefully argues for the nonprofit route. “Why not transform the Southern California News Group into a nonprofit entity that plows proceeds back into smart local reporting and civic engagement?” Sforza proclaims, “Under the nonprofit model, local journalism can be saved.”—Steve Dubb