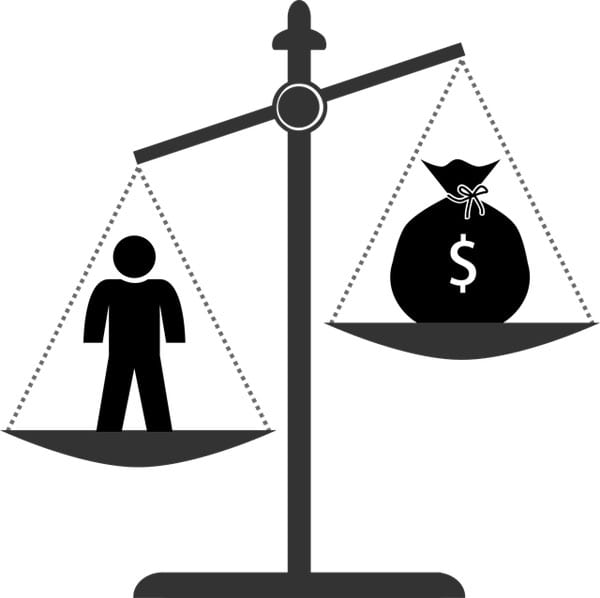 The Key Worldwide Foundation put on a good show. When it filed its 2016 Form 990 with the IRS, it proudly proclaimed its noble purpose, to “provide education that would normally be unattainable to underprivileged students, not only attainable but realistic.”

It presented a picture of fiscal strength, having raised more than $7 million since its founding and more than $2 million in assets. But we now know it was a charade, using the aura of a nonprofit organization as a cover for illegality and personal gain. Rather than help low-income students, it served as a vehicle for wealthy parents to tilt the admission process in their favor. If there’s good to be found here, it’s that this is teaching the nonprofit sector it needs better oversight.

Last week, the foundation’s founder and president, William “Rick” Singer, and his scheme were unmasked when, according to the Chronicle Tribune, federal prosecutors announced he had pled guilty to racketeering, money laundering, and obstruction of justice in what the FBI dubbed “Operation Varsity Blues.” Singer took money from parents who wanted to plant their children in elite universities and used it to pay off college officials and ACT/SAT test administrators. In the process, he himself also became wealthy.

Wiretap conversations “show the true purpose of the charity—to be the conduit for five- and six-figure bribes paid by parents.”

Parents got written letters from KWF that said, “Thank you for your generous donation.” To make the bribes appear legitimate, they received receipts from KWF falsely indicating that “no goods or services were exchanged” for their supposed donations…Singer allegedly agreed with certain clients to disguise bribe payments as charitable contributions to the KWF, thereby enabling clients to deduct the bribes from their federal income taxes.

From what we know now, the malfeasance was quite open to discovery and very easy to find if anyone was paying attention. In filing its annual tax return and in giving its “donors” their quid pro quo letters, the foundation met the letter of the law, counting on the fact that the IRS requires little more. As Larry Lieberman, former chief operating officer at Charity Navigator, told Talking Points Memo, “There is not an enormous amount of resources at the IRS and in other parts of the government to provide oversight in real time. What we’re seeing now is it took years for the government to break down this situation.”

This lack of oversight meant it could lie about where its funds were going because no documentation was demanded. According to NBC Bay Area, in 2016, “KWF reported paying $1.9 million to various causes including a tutoring program for students in Oakland who were ‘underserved’ by their districts. When NBC Bay Area contacted the Oakland Unified School District, an official said the district had ‘never heard of the tutoring program and has no relationship with the Key Foundation.’…KWF also claimed it helped fund dental work for Cambodian children. A dentist with the office that runs that program told us he’s never heard of anything funded by KWF.”

At least one parent also used the lack of oversight to misuse their own charitable foundation for what could ultimately be seen as a bribe. According to the Champaign News-Gazette, “Elisabeth Kimmel allegedly paid bribes to get her kids into Georgetown and the University of Southern California…with $525,000 from her family’s Champaign-based Meyer Charitable Foundation.”

According to John Colombo, an emeritus law professor at the University of Illinois who has co-written two books on nonprofit tax exemption. “This transaction probably violated half a dozen provisions of exempt-organization law. It’s self-dealing. It’s private inurement. It’s private benefit,” he said. “There’s all sorts of things.”

The scheme’s details have led many to focus on the unfairness of the college admission process, the continuing power of the wealthy to tilt the system in their favor. According to the Los Angeles Times, “One of the aspects of the case that has inspired particular outrage is that the parents who took part in the alleged bribes got tax write-offs for the money they spent.” Concern has been raised about legal contributions that are large enough to influence college and university admission decisions. Some legislators are looking at proposing new regulations that would limit the deductibility of what Senator Ron Wyden (D-OR) described as “contributions that return to the donor a benefit of inestimable value.”

Less attention has been paid to how easily a nonprofit organization could be turned from public benefit to public enemy. It should not take several years to discover that a nonprofit organization is a fraud. If more resources are needed at IRS, will the sector add that need to their advocacy agenda? If self-policing is possible, how could that be done?—Martin Levine