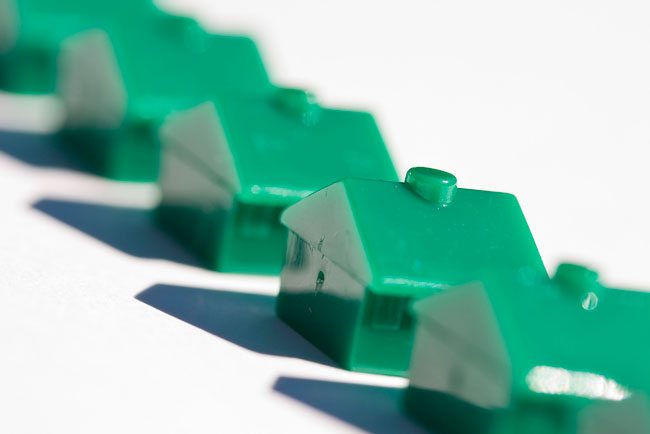 The House tax bill has many layers. Earlier this week, NPQ published an analysis by David Thompson from the National Council of Nonprofits that dissected the bill’s impact of nonprofits. In this article, we look at the impacts of the bill on community economic development. And they are severe. As Caitlin Bowling writes in Insider Louisville, “local developers, preservation advocates and government officials fear the proposed elimination of the [New Market Tax] credits could have ‘devastating’ repercussions for economic development.” Of course, many NPQ readers work for nonprofits that rely on these tax credits to do their work.

But before proceeding further, it is worth conceding that tax expenditures, while supremely popular, are not exactly efficient. A nice theoretical argument can be made that really government should just spend money directly to support valued public goods such as historic preservation, public infrastructure, affordable housing, and commercial development.

But good luck! At present, US tax expenditures total $1.6 trillion a year. By comparison, all non-defense discretionary spending combined totals $600 billion. For every $1 the government spends directly, it gives away $2.66 in tax benefits. It’s madness, but, alas, it’s not likely to change any time soon, regardless of which party is in power. The top dozen tax expenditure items are listed below. The first four items each cost the nation over a trillion dollars a decade.

Why are tax expenditures inefficient? Well, because this is NPQ, let’s look at the nation’s ninth largest tax expenditure: the charitable tax deduction. According to Una Osili of the Lily School of Philanthropy, under the House tax proposal, donations might fall $13.1 billion—a 3 percent drop, since total giving in 2016 was $390 billion. Now, the House tax plan cuts back the use of the charitable deduction but preserves its use for basically the top five percent of taxpayers (currently 30 percent itemize). The math gets complicated, but since the top five percent get about 60 percent of the current tax benefit, using the same tax elasticity estimate, maybe the cost to charities of complete elimination of the charitable deduction would be in the $30-$35 billion range, a big number.

Even so, it’s worth noting that the feds gave up $47 billion in tax revenue to fund that deduction. This fiscal year, the cost is expected to exceed $51 billion. So, what if the feds just gave a 10 percent match to every donation? If they did, that would cost $39 billion, nonprofits would receive more revenue than they do now from the tax deduction, and the government would save money.  (Perhaps recognizing just how limited a benefit the reductions in government outlays would be in contrast to the dramatic impact on community development, the Senate tax bill proposal is much more modest, preserving private action bonds and at least the FY 2019 round of New Markets Tax Credits; historic tax credits would be cut in half.)

Now, of course, administrative costs wouldn’t actually be zero and impact would be uneven among nonprofits. But the central weakness of tax expenditures is remains that you often pay for behavior that would happen anyway. Of course, with the system as it is, nonprofits defend the tax benefits they get, since the likelihood of increased direct support is zero.

In short, it has been bipartisan housing policy for decades to subsidize the well-to-do and shortchange the poor. In a different political universe, one could imagine converting tax expenditures for the wealthy into direct federal support for public goods. We could even celebrate the end of the myth that there is a market solution for every problem! Instead, people of modest means are seeing programs that help them cut to help the wealthy lower their tax bill.

Coming in at number 32 on the list (cost: $8.72 billion in fiscal year 2017) is the low-income housing tax credit. That credit is preserved, but lower corporate taxes are likely to depress its value, which will lead to less housing. (NPQ has covered this issue before.) Programs being slated for elimination include the interest deductibility for private action bonds ($38.9 billion expense over 10 years), new market tax credits ($7.6 billion over 10 years), and historic tax credits ($5.1 billion over 10 years). The changes combined total $51.6 billion, while tax cuts are expected to add $1.5 trillion to the deficit over 10 years. If you’re doing the math, you’ll notice that $51.6 billion is less than 3.5% of $1.5 trillion—a drop in the bucket.

What do these provisions do? As Jeff Feingold of the New Hampshire Business Review explains, tax-free private activity bonds lower the cost of multifamily housing and provide first-time homebuyers with reduced interest rates. The same program, notes Joe Cahill in Crain’s Chicago Business, is also widely used by hospitals, universities, museums, and other nonprofits to build, expand, or renovate their facilities. Cahill adds that, “In a letter to House Ways & Means Committee Chairman Kevin Brady, the American Hospital Association estimates tax-free treatment cuts interest rates on hospital borrowing by 2 percentage points on average. That would save $60 million in interest costs on a $100 million project financed over 30 years.”

The House tax bill also proposes to eliminate the New Markets Tax Credit, which helps fund community revitalization projects in distressed areas. Bowling notes that in Kentucky alone, the program led to $732.8 million in investment from 2003 to 2014. A current program involves financing a Louisville YMCA facility. According to CEO Steve Tarver, “There is no question it has been a jumpstart for our project, and we are grateful for all who helped out with it.” The nonprofit garnered a total of $28 million in credits, which makes construction possible. “It wouldn’t be going forward at this point in time in the absence of the credits,” says Tarver.

From 2001 to 2016, the tax credit was used in 345 projects in Kentucky, totaling $558 million in development costs, according to information provided by the Kentucky Heritage Council, a government organization that administers the tax credit in the state. A total of $92.7 million in federal historic tax credits were issued, and the resulting projects generated $112 million in local, state and federal taxes.

Nationally, the Miami Herald reports that the historic tax credit “has preserved more than 42,000 historic properties across the country, with the owners earning a 20 percent income tax credit after all the work is completed, according to the National Park Service, which runs the program.”

What is the impact of these cuts to the people nonprofits serve?  Advocate Bob Rapoza, speaking to Affordable Housing Finance, claims that the New Markets Tax Credit program, over a 17-year period, “has leveraged over $80 billion in public-private investments and created more than 750,000 jobs in some of our country’s poorest neighborhoods and towns.” Another telling statistic is that California officials say that if the bond program is cut, affordable housing production in that state alone would fall by 20,000 housing units a year.

The bottom line is simple: yes, the current system is faulty. For example, to bring in that $28 million in New Market Tax Credits to help fund its facility, Bowling reports, the Y “will end up using roughly 10 percent of the funding to pay necessary fees associated with New Markets Tax Credits,” a pretty typical amount. The House tax bill, alas, does nothing to make that system better. Instead, it dramatically reduces the capacity of communities to respond to the many serious housing and economic development challenges that they face.—Steve Dubb