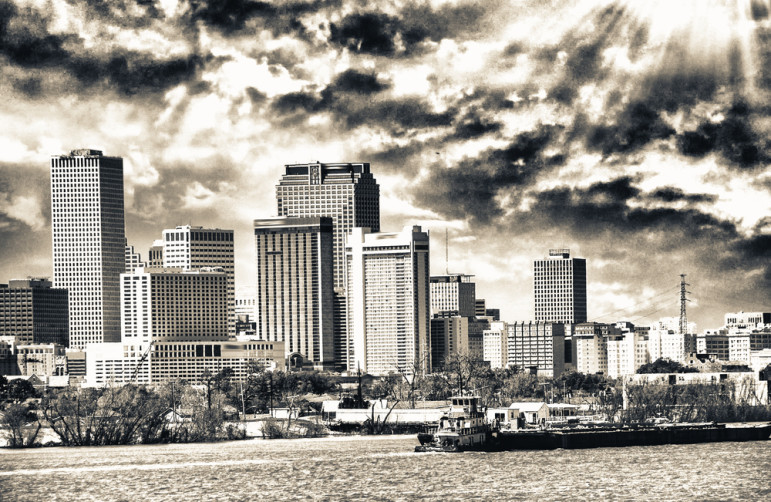 As reported in the Times-Picayune story, the Greater New Orleans Fair Housing Action Center urged the Housing Authority of New Orleans to implement initiatives that encourage housing choice voucher (HCV) households to move into more affluent neighborhoods. “Before we condemn a generation of families that entered the program since Hurricane Katrina to a cycle of poverty, we should be looking at successful programs in other cities to improve fair housing choice. Our children deserve as much, and the solutions are available.” The study that supports this conclusion, conducted by Tulane University researchers, showed that there are roughly 18,000 voucher households in New Orleans, representing about a quarter of renters.

The high number and percentage of HCV households in New Orleans reflects HUD’s decision to demolish public housing units in the wake of Hurricane Katrina. Instead of place-based assistance in “the projects,” families were offered HCV subsidies that could be used to rent from private landlords who were willing to accept the HCV subsidy. Despite this mobility option, the study found that “about 25 percent of those households have ended up in a handful of census tracts in eastern New Orleans and across the Mississippi River from the French Quarter in Algiers. Those neighborhoods are also overwhelmingly black and marked by low income.”

How could a program designed for mobility end up promoting resegregation of the poor and minority households in absolute contravention of HUD’s Strategic Goal 4, “Build Strong, Resilient, and Inclusive Communities”? Three intervening variables thwarted HUD’s best intentions. Firstly, the rental housing boom of the past three years has driven up rents as former homeowners who were forced into foreclosure became renters and Millennials decided to postpone home purchase in favor of center city rentals. With all this new “demand” for rental housing, rents are rising and landlords can be more selective in their choice of tenants. When rents surpass the HUD-approved “payment standard,” the public housing authority is in a bind. Regulations say they could raise the payment standard so that HCVs will pay for a higher market rent…but then the Housing Authority will have fewer vouchers to go around to the households. A classic double bind: serve more households or serve fewer households with greater choice of location.

But there’s a second factor driving HCV households into poverty-concentrated neighborhoods. In most states and localities, it is perfectly legal for landlords to refuse to rent to a family that brings an HCV to the deal. In New Orleans where the majority of the HCV households are African American, “no section 8” is the functional equivalent of saying “no blacks”—except it’s legal. Faced with similar problems around the country, some states and localities are implementing “Source of Income” protections that would make this practice of refusing to accept vouchers illegal.

And, lastly, it turns out there’s another barrier that inhibits HCV mobility: Households want to move to settings that are familiar. For many HCV households, moving to a more prosperous area with reliable public transportation, quality schools, and integrated housing may be one step beyond their comfort zone. This realization is prompting the White House to take a look at funding programs that provide support to HCV households moving to non-traditional communities. OMB Director Shaun Donovan lifted the curtain on a new proposal in the president’s 2017 budget that will “include a $15 million mobility counseling pilot to help families that receive housing assistance through the Department of Housing and Urban Development move to, and stay in, safer neighborhoods with stronger schools and better access to jobs. These investments will be distributed to about 10 regional housing program sites with participating Public Housing Authorities and/or private nonprofits over a three-year period.” The president’s proposed program may be modeled on existing programs in several areas around the country. With some luck, New Orleans could be in the running for new funds to promote mobility.

In addition to the “carrot” of new funding, HUD also has a “stick” in the form of new regulations governing the duty to “affirmatively further fair housing.” What can housing authorities do besides raising the payment standards so that vouchers are more competitive with private market rental costs? Creating partnerships of housing authorities could help. Keystone Crossroads reports this week on a proposed collaboration of four Pennsylvania PHAs that was nurtured by $500K from HUD. To date, only two of the PHAs have agreed on a plan.—Spencer Wells