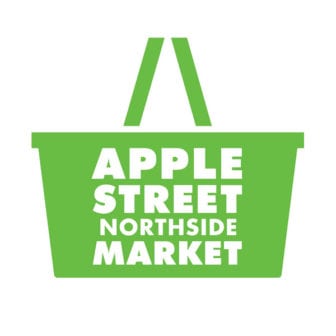 When looking for a place to purchase food, Cincinnati’s Northside residents can select from a handful of gas stations, convenience, and dollar stores. What residents won’t find is a full-service grocery store within walking distance.

Research shows that neighborhood convenience stores typically have fewer and less healthy food items. What produce is available is often expensive and of low quality. According to Feeding America, food insecurity in Hamilton County, which includes the Northside, is roughly 17.8 percent, compared to the national average of 13 percent. Coupled with the fact that 54 percent of Hamilton County residents live at less than 130 percent of the poverty line, the closure of the local Save-a-Lot posed a major threat to the community’s public health. As the only grocery store in the area providing fresh produce, meat, and dairy, the closure effectively turned the neighborhood into a food desert, which, as defined by the USDA, is an area where low-income residents lack access to healthy food sources.

After failed attempts to persuade major grocers to move to the area, residents rolled up their sleeves and began working on a community-driven solution. Thus, Apple Street Market, a worker-owned grocery cooperative, was born. Cincinnati Union Cooperative Initiative (CUCI) announced its support of the new venture last December at the Third Biennial Union Co-op Symposium. (More information on the Symposium and takeaways from the event can be found here.) The organization incubates co-ops similar to Apple Street Market and provides technical assistance, cooperative education, funding for feasibility studies, and more.

Despite difficulty in securing funding from traditional institutions, the community has managed to garner financial support from nonprofits, community groups, and government agencies alike. This past winter, the city council greenlit $515,000 to assist the Northside Engaging in Sustainable Transformation (NEST) in buying the building. NEST, a community redevelopment organization specializing in revitalizing vacant properties, will lease the former Save-a-Lot property to Apple Street Market. Other financing includes backing from the Local Enterprise Assistance Fund (LEAF), an organization that specifically provides financial support to ventures that create and sustain jobs for low-income people.

Currently, the initiative is seeking to recruit 2,000 community owners before opening. So far, the group has been able to recruit 1,243 residents with the help of CAIN, Churches Active in Northside. With a mission to address “the diverse grocery needs of Northside residents and families,” and abiding by the motto, “For the People, By the People,” Apple Street Market intends to not only make healthy food accessible but ownership as well. Standard-priced shares are $100 but for community members that qualify for SNAP, Medicaid, or free-or-reduced lunch, Apple Street Market offers a reduced cost of $10 per share.

Community owners will share governance rights with worker co-owners. Under the co-op’s bylaws, workers and community members will both elect representatives to a common board. “Additionally, there shall be a Founder seat chosen by the Cincinnati Union Cooperative Initiative to maintain the unique governance and social values of the Cincinnati Union Cooperative Initiative,” the co-op’s website explains. The structure of Apple Street’s ownership mirrors in many respects that of the Weaver Street Market co-op in Carrboro, North Carolina; founded in 1988, Weaver Street earned over $600,000 in profits on $38.8 million in sales last year.

While the co-op grocery model is not new (NPQ has reported on such concepts extensively here, here, and here), there seems to be a shift in reliance on company-owned grocery stores. For instance, the Food Co-op Initiative, a nonprofit which “aims to increase the number, success, and sustainability of new food cooperatives,” has seen a 74 percent success rate for the 134 co-ops it has helped launch in the last ten years. As more communities move towards co-ops in areas where traditional grocery models have failed, we may see more worker-owned groceries as the solution not only to food insecurity, but in spurring neighborhood revitalization, jobs and local economy growth.—Chelsea Dennis