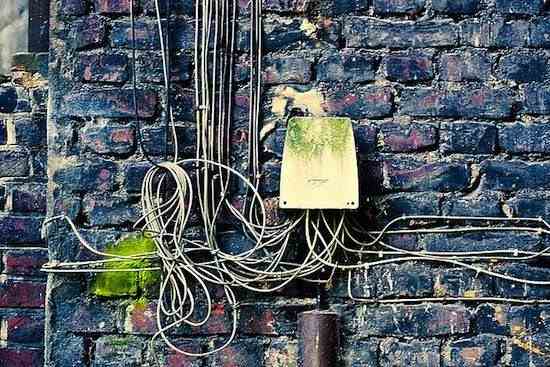 The American Society of Nephrology (ASN), founded in 1966, is a well-established 13,000-member professional organization. It is highly regarded and has long provided the best education opportunities in the field of kidney medicine. However, ASN was reluctant to enter the world of social media, a world that includes Facebook and Twitter, but also encompasses the entire web-enabled culture of people sharing online content with people they know.

ASN hired me as an intern in May 2011, in part to help move the society toward a more dynamic social media presence. Social media had been part of my communications strategy while working for a campus society in college, and I had just finished my first year at Georgetown’s Communication, Culture, and Technology program, which grounded me in an understanding of how social media is revolutionizing the way we communicate. My challenge at ASN: (1) research how to improve ASN’s social media efforts, and (2) clearly demonstrate the benefits of social media for a nonprofit medical association.

Why Are Some Organizations Reluctant to Use Social Media?

Using social media represents a big change in communication style and method for many organizations. Instead of a unidirectional (top-down in most cases, including ASN’s), highly controlled media and communications approach, social media focuses on sharing, conversational engagement, and less centralized control. Before the Internet age, ASN’s audience consisted of physicians and scientists studying the kidney, legislators interested in kidney disease, and the media. As electronic communication and the use of social media exploded, these “traditional” society audiences and others, including ASN members, began looking for information about the society via the Internet and on social networks like Twitter and Facebook.

Medical professional associations are often academic organizations, providing journal publishing, research funding and conferences for their members. Academics are trained to engage in extensive debate and discussion (which often includes a rigorous peer-review process) prior to undertaking major decisions. In science and medicine a measured pace of change is important, but today’s communication environment moves at lightning speed. Incorporating interactive, real-time communication can require a significant adjustment on the part of a organization’s decision makers, many of whom may not have not grown up in a world with e-mail, Facebook, Twitter, and YouTube. However, physicians and scientists are also trained to evaluate data and apply it in decision making. Staff members who want to increase use of social media in these types of organizations have many opportunities to demonstrate why social media is so important for the future of organizational communications and mission.

A Shift in Focus Needs a Shift in Media

ASN has long proved a reliable source of professional education and research support. In recent years the society has begun to play a much more active role in shaping policy. ASN advocates for improving patient care for dialysis, chronic kidney disease, and transplantation in the new health care framework, as well as for increased federal funding for kidney research. Advocacy today requires a set of tools different from those ASN was using in the past, however. Many organizations whose main focus is issue advocacy, such as the Sierra Club, Change.org, and Amnesty International, have made social media a powerful tool in the fight for social good. So as ASN became more invested in public policy, it had to become more invested in social media.

ASN leaders also realized that an increasing number of patients and members of the general public were visiting the ASN website. As a medical professional organization with a very strong focus on education, ASN has a lot of interesting and valuable information on kidney health for all in the kidney community—including patients and family members. But again, for ASN to reach these new audiences, a shift in focus really required a shift in media. A strong social media presence would allow ASN to engage and inform new audiences looking for all available information on kidney health and disease.

Finally, the society recognized that younger members, already accustomed to social media, expected to find ASN communicating through social media. Additionally, ASN wanted to reach medical students (as well as undergraduate and high school students) who had not yet focused on a specific medical interest such as nephrology. In both cases, social media provides the connections and communication tools needed to engage younger members and reach out to students to present nephrology as a career choice.

How We Handled the Transition

Most important, ASN’s communication team gathered as much data as possible. We began compiling statistics on ASN’s own social media efforts while we educated ourselves about social-media best practices and the ways social media helped other organizations reach target audiences. The team gathered data on what other groups were doing, as well as statistics on ASN’s own efforts. For example, we began using the URL shortener Bit.ly with a user sign-in, which meant that we could create unique shortened links to long website addresses, and then track how many people clicked through our links to the content we had identified. This provided valuable knowledge on the kinds of information our audience on Twitter and Facebook wanted to see from us. Many of our best-performing links, surprisingly, were to a blog about the history of nephrology. While we expected ASN’s Twitter followers would be mostly interested in science and society news, there was also an interest among our followers in a wider range of topics that reinforce their sense of community—such as the history of nephrology.

As our use of Twitter and Facebook increased, the statistics helped us learn what information our readers wanted from us. In an effort to build a nephrology community on Twitter, ASN’s social media team tweeted more links to material that our statistics suggested would get high readership. The History of Nephrology blog is a perfect example of this—and one we can build on as we learn more about some of the nephrologists in our own membership who are also bloggers.

The communications team also gathered data on what other groups were doing. We analyzed social media use in organizations both similar to and different from ASN to learn about the most effective ways of using Twitter and blogs. Comparing our own practices to those of organizations such as the Sierra Club taught us a lot about innovative ways to engage in conversations with multiple audiences. Following other professional societies’ feeds provided examples of best practices for large professional nonprofits.

The communications staff also educated themselves about social media by reading such sources as Mashable and more health-care-focused sources like Health Is Social. This benchmarking process helped us develop a strategic playbook of best practices and things to avoid. From watching other organizations we learned that a great way to increase our presence and readership is to schedule tweets around the clock, instead of just posting during normal business hours. This way, ASN could reach busy professionals who only check Twitter when they get home, as well as a more international audience of followers who are not even awake during the same hours as ASN’s staff. We also learned that as we bolstered our social media presence, we had to keep an eye on mentions and direct messages in Twitter or risk losing followers. In response, we began using tools like HootSuite to enable the communications team to track messages, followers and interests easily.

By focusing on best practices and avoiding other organizations’ mistakes, we were able to prove competence and provide confidence that we knew what we were doing. Because ASN is a member-driven association, it’s always important for the staff to ensure that the leadership understands how specific tactics (such as social media) are advancing the society’s mission. The communications team’s benchmarking process provided a record of insights that could be presented to the leadership alongside the fact that in just two months, we tripled link access and saw the number of Twitter followers grow by 45 percent.

There were already plenty of nephrologists using social media before ASN began working on re-evaluating its social media presence. The conversation on kidney disease issues was already well underway on social media venues such as Twitter and blogs. We had to show nephrologists that, as their representative professional organization, ASN was willing to join in that two-way conversation and foster a better nephrology community. Once ASN stepped beyond its traditional communication channels and entered the conversation on Twitter and Facebook, it quickly became clear that social media could help the society reach out to groups previously inaccessible but invaluable to ASN, such as non-member nephrologists, students, nurses, pharmacists, dietitians and the global nephrology community.

Look to the Future

Many communications experts have resurrected Marshall McLuhan’s declaration: “The medium is the message.” ASN’s transition to social media displays this point beautifully. The American Society of Nephrology had to recognize that a shift to social media, with its conversational focus and disruptive ability to disperse messages from anywhere to anywhere, was both inevitable and good for the organization.

Social media is sustainable media, helping build and maintain communities, and it can be used in rich or lean times. Social media does require rethinking strictly hierarchical communication structures. Its ability to foster social innovation can bring in more energy, information and connections. ASN’s social media presence is growing stronger and will enable the organization to advance its mission of fighting kidney disease. ASN’s experience shows that medical professional societies in particular can and should embrace social media, especially if they are to take on new advocacy and disease awareness roles.

Jennifer Young is pursuing a Master’s degree in the Communication, Culture, and Technology program at Georgetown University. She recently completed a media internship with the American Society of Nephrology and will be interning at the media reform organization Free Press in the fall.