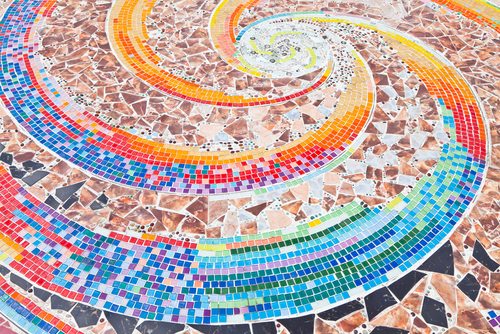 I tried not to cry during Selma, the critically acclaimed movie about the American Civil Rights Movement, but the floodgates opened during the first scene. Seeing everyday people like us demonstrate unthinkable courage stirred intense emotions, but I was most affected by those who died during the Selma campaign. It wasn’t just Selma’s black citizens like Jimmy Lee Ruffin who faced unspeakable violence; white volunteers Viola Liuzzo and Rev. James Reeb also gave their lives for taking a stand in Selma.

This movie vividly shows the difficulty of taking a stand to bridge our nation’s racial gaps, and while the stakes are lower today, the ease of advocacy remains the same. One of the largest barriers is that many people fail to act either because of indifference or because so many people are incredibly awkward and guarded on the topic. It’s easier to do nothing, but even most action takes the form of sputter-and-falter conversations that don’t gain momentum. People of color can do their part in advancing racial justice, but as Selma shows, white leaders must hold themselves responsible for sharing “the burden” in some real way. How can this be done?

I asked Edward Byrne, the coordinator of student diversity programs for the public schools of Cambridge, Massachusetts. Byrne coordinates a minority student achievement network, hosts cultural competency training for his colleagues, and teaches a semester-long seminar on diversity to juniors and seniors at the system’s high school.

“If white people want to help,” he said, “we can be allies and leaders in working for institutional and ideological change.”

White nonprofit employees can start with understanding the nature of discrimination. As with personal struggles, the first step of racial reconciliation is acknowledging that discrimination is not a thing of the past.

“Whether systemic bias against African Americans exists in the United States is not really a debatable point,” said novelist John Green in a recent installment of his popular YouTube series, listing 25 studies to corroborate his point. “To deny the existence of systemic racism is to deny a huge body of evidence indicating that racial bias affects almost every facet of American life.”

Despite the data, many whites have difficulty accepting the challenges people of color still face in our nation. Harvard professor Michael Norton analyzed several polls finding that most white people believe discrimination has been eradicated. According to Norton, whites are likely to feel that they are bigger victims of discrimination than people of color.

To advance diversity, nonprofit leaders must believe the data. As difficult as it is to digest, understanding the truth about race can inform how most nonprofits approach their work, especially when statistics become personal.

“Data is cold in a way that humans are not,” said Green in his YouTube video, “and to really understand these statistics and their impact on the real lives of real people, we need to find ways to listen to those people.”

As a cursory step, every nonprofit employee should read “Unpacking the Invisible Backpack,” women’s studies expert Peggy McIntosh’s groundbreaking anti-racism essay. Born from her efforts to understand why black women in the Boston area reported difficulty working with white women, McIntosh explored her own privilege as a white woman to detail at least 50 ways people of color experience discrimination.

Understanding the nature of discrimination allows people to notice previously unseen ways an organization’s programs, policies, and culture can perpetuate some of the very issues our sector claims to fight.

The overt racism depicted in Selma is largely gone, but most instances of racial discrimination come in the form of “micro-inequities,” a term coined by MIT lecturer and former ombudsman Mary Rowe. Micro-inequities are “small events which are often ephemeral and hard-to-prove, events which are covert, often unintentional, frequently unrecognized by the perpetrator, which occur wherever people are perceived to be ‘different.’”

These small events can add up to cumulative, harmful effects, including hostile work environments and the suppression of minority voices. Because they are hard to prove, micro-inequities often go unnoticed by or unbelievable to many white people.

In one consulting assignment, I worked with an anti-poverty nonprofit whose clients were 90 percent black. After two staff meetings, I noticed that the group’s four African American employees, all caseworkers, never spoke. During two hours of weekly discussion, not a single African American voice—not a single voice of those working directly with the organization’s clients—was heard.

One African American team member told me that she stayed silent because she “couldn’t get a word in edgewise” during meetings. She and her three black colleagues felt that their white coworkers dominated discussions, frequently interrupted them when they tried to contribute, and intruded on their areas of expertise.

No one on the leadership team, however, noticed the dynamic or the lack of African American voices. They believed that if issues emerged, employees would voice them directly. According to the executive director, “If we’ve got a racial problem, it’s because they won’t speak up in meetings like the rest of us.”

This is only one of countless nonprofit situations fueled by racial micro-inequities. Just a few more examples:

None of these folks intended to be racially insensitive, and some of these situations could be deemed apropos in very nuanced circumstances. However, they still left me navigating a bevy of negative emotions, particularly anger, humiliation, and sadness.

After expressing concerns about micro-inequities, managers chided me for being too sensitive and encouraged me to develop thicker skin. Like the African American staff members at the anti-poverty nonprofit, I kept this emotional struggle to myself or confined to colleagues of color.

I didn’t begin to develop my voice about race in the workplace until several white colleagues not only supported me but also took their concerns to appropriate leadership. Because diversity issues weren’t solely my issues as an African American, organizations shifted to be more inclusive of my voice and those of others.

“Often, it’s only the ‘different people’ who are calling for attention toward these issues,” said Edward Byrne, reflecting on his years of diversity work, “so they can be easily dismissed by leaders who don’t see equity work as part of their job.”

White nonprofit leaders can make sure their minority colleagues and clients can contribute to discussions and feel welcome to engage with their organization, even if they are expressing concerns.

It worked for the anti-poverty group. I facilitated a difficult, yet respectful, conversation in which the black staff and leadership team exposed the underlying racial issues. Each team member openly expressed his or her concerns, while the others listened without interruption or demonstrable reaction.

Working together, they easily came to agreement on how to make all voices heard. Employees now take turns presiding over meetings, guided by written agendas allotting equal time to each department. Meetings cannot adjourn until each team member contributes in some way.

White staff members who talk frequently now voluntarily yield the floor to teammates who do not speak often, particularly when the topic is focused on the quieter teammate’s area of expertise.

Byrne sees this as an excellent example of how “white people can use their whiteness to amplify voices of color.” He said, “I try to model ‘stepping back, holding back, staying silent’ in order to create space for voices of color and to create balance for an array of voices.”

Though race is difficult to discuss, recent news proves that it can’t be ignored. Given our purpose and work, nonprofit leaders must realize that racial reconciliation work will make it easier to solve poverty, homelessness, hunger, and crime: only a few of the social challenges our sector struggles to solve.

It will take an array of voices to engage in these tough conversations, but as the Civil Rights Movement showed, true progress won’t be made in the nonprofit sector unless white nonprofit leaders take a stand.

Derwin Dubose is a Sheila C. Johnson Leadership Fellow at the Harvard Kennedy School of Government Center for Public Leadership and co-founder of New Majority Community Labs, a social venture empowering communities of color to identify and solve their own challenges.