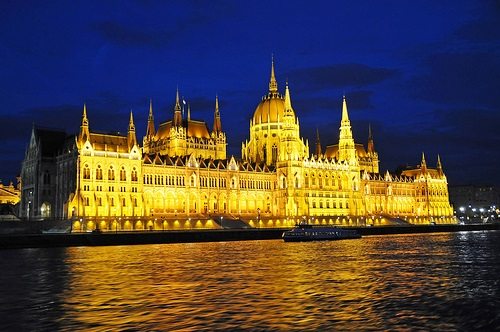 On September 23rd, President Barack Obama told delegates at the 2014 Clinton Global Initiative that from “Hungary to Egypt, endless regulations and overt intimidation increasingly target civil society.” On one hand, this is a welcome step in the fight against the tide of regressive policies and rhetoric aimed at silencing civil society activism sweeping across the world. On the other hand, it is also a sign of the extent to which civil society in Hungary, under the leadership of Prime Minister Viktor Orban, has found its voice restricted through the illiberal actions of the state.

Indeed, “illiberal” is by no means too strong a word to use in the case of Mr. Orban’s leadership, given that the prime minister laid out his intentions (according to English language media reports) to build “an illiberal new state based on national values” in a speech in July. In the same speech, Mr. Orban gave a clear indication of his distaste for the foreign funding of advocacy organizations in civil society, stating, “We are not dealing with civil society activists but with paid political activists who are trying to help foreign interests [in Hungary]” and calling it good that a “parliamentary committee has been set up to monitor foreign influence.”

Those words are likely to ring in the ears of those who have experienced the recent crackdown on foreign-funded NGOs in Russia, as Mr. Orban seems close to echoing the language used in a 2012 Russian federal law that seeks to tackle foreign funding of “political activities” by NGOs, which it terms “foreign agents.” Under the law, NGOs must register as a foreign agent in advance of receiving funding from abroad, or its executives may face punitive fines of up to 300,000 Russian rubles—approximately €5,896, or $7,485—and the organization will risk suspension.

Though Russian officials have claimed the term “foreign agent” is in fact a legally neutral one, others, including Nils Muiznieks, human rights commissioner for the Council of Europe, have expressed concerns about the effect this language will have on public perceptions of NGOs, with Muiznieks commenting that “continuing use of the term ‘foreign agent’ in the legislation and practice in relation to NGOs would only lead to further stigmatization of civil society in the Russian Federation and will have a chilling effect on its activities.”

At the front line of the conflict between the Hungarian state and foreign-funded NGOs are those organizations receiving funds through EEA and Norway Grants on behalf of Iceland, Liechtenstein, and Norway. The Hungarian authorities have criticized the fact that organizations such as Transparency International, the Civil Liberties Union, and a network for investigative journalists have received funding under the EEA and Norway Grants scheme. With accusations mounting that Norway was seeking to influence politics through the Norwegian Civic Fund (NCTA)—a scheme under Norway Grants to help foster democratic values, human rights, and the representation of minorities that is distributed by a consortium of four Hungarian foundations—the Hungarian government requested changes to the direction of the scheme. Following the rejection of these requests in April, agents of the Government Control Office (KEHI) were sent to audit the Fund’s administering organizations. In May, an article claiming to show evidence that the government had blacklisted Hungarian NGOs that have benefitted from the NCTA due to their alleged political affiliation appeared online. On May 9th, Norway suspended all funds to Hungary through the Norway Grants program.

The situation came to the attention of global civil society on September 8th when the Hungarian police raided the Budapest offices (as well as the homes of the staff) of Ökotárs, which manages funds for EEA and Norway Grants, and seized documents and IT equipment. Any sense that such an audit could be justified is negated by the fact that Norway Grants had been set to undertake its own audits of delivering organizations and that the raids directly contravened the agreements under which the grants had been awarded.

Indeed, those values are under threat to such a degree in Hungary that a letter signed by 977 NGOs across Europe has called for Europe’s highest institutions— including the European Commission, with which it has recently signed a partnership agreement worth in excess of €21.9 billion ($28.2 billion) over the next six years—to call Mr. Obran’s government to account for its actions. It has even been suggested that the procedure provided in the new framework for safeguarding against threats to the rule of law in the EU Member States could be engaged.

It is probably overstatement to imagine this as the start of a “Putinization” of NGO regulation in Eastern Europe and the Balkans in which criticism of government policy and advocacy on behalf of marginalized groups is deemed the political interference of foreigners. With the exception of Belarus, where public NGOs must submit a formidable package of documents for registration, pay excessive registration fees, and meet Kafkaesque rules on representation, much of the region has been characterized by the flowering of a civil society that has benefited from the rapid development of an enabling legal environment following the fall of the Iron Curtain.

Rather, the truth may be more worrying than mere regressive regional politics. The trend for governments to seek to isolate civil society from international donors and advocacy networks is continuing to gain momentum. The Charities Aid Foundation (CAF) has highlighted examples such as Kenya, Azerbaijan and India on our blog, as well as numerous others in our publication, “Enabling an Independent Not-for-profit Sector.” We have also attempted to understand what drives this crackdown on foreign funding of NGOs. The short answer to that question is that it is part of a wider trend for governments. Faced with a populace who are better connected to a world in which ideas about freedoms and rights are easily shared, they are reacting to what they perceive to be a threat to their sovereignty and control of information—a fear that is well founded.

The tactic that seems to be de rigueur for governments wishing to undermine the voice of NGOs is to willfully conflate the kind of political advocacy that is the backbone of a liberal democracy with the kind of partisan political lobbying which, in almost all nations, is already illegal. By popularizing this misconception in their rhetoric, leaders are able to stir up fears of a false threat from activists, and by combining this with a dose of xenophobia, they are able to justify restrictions on foreign funding.

But it would be a mistake to see the crackdown on foreign funding in isolation from the wider, multipronged assault on the independent voice of civil society, which has seen limits on advocacy in the media, on freedoms of association and protest, and on NGO campaigning. It would also be a mistake to think that this trend is limited to developing and emerging economies or transitional democracies. The UK Lobbying Act, the recent audits of environmental NGOs in Canada, and calls for campaigning groups in Tasmania, Australia to be stripped of their charitable status offer a dangerous yet compelling precedent for leaders of emerging nations.

This growing intolerance for civil scrutiny, taken together with disproportionate assumptions about the risk of funding terrorism through providing financial services to NGOs, amounts to a cocktail that will render civil society mute and impotent. NGOs should be recognized for their ability to improve governance by challenging corruption and malpractice. Equally, we should recognize the dangers of driving charitable funds underground into the dark economy and of bottling up social tension by denying NGOs a voice.

As leaders from Egypt to Morocco found to their cost during the Arab Spring, attempts to silence civil society are liable to backfire. When social tension builds, NGOs can act as a pressure gauge, allowing leaders to hear and respond to public concerns. Without such a slow release mechanism, social tension is likely to boil over, potentially with disastrous consequences.

Adam Pickering is International Policy Manager at Charities Aid Foundation (CAF), an international NPO that provides a wide range of financial and advisory services for individual donors, companies and NPOs. Based in London, Adam writes widely on trends, issues and ideas in global philanthropy and civil society.

John Holm is the Senior Director of Business Development at CAF America, a global grantmaking and advisory organization counseling clients in making strategic, effective and tax-advantaged grants both internationally and domestically. He has over 15+ years’ experience as both a senior executive and consultant in Hungary, Romania, the Balkans, and North America advising companies, nonprofits and foundations.