In Ariz., How to Boost Education After Defeat of Sales Tax? 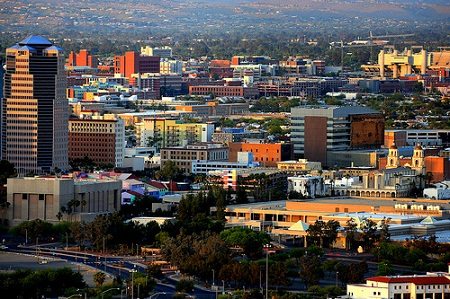 In a column for the Arizona Daily Star, Tucson Mayor Jonathan Rothschild emphasizes the critical importance of education for his city, which he notes was recently designated the sixth-poorest metropolitan area in the U.S. “It is through education, literacy and job skills that we move from poverty to prosperity,” he writes, adding, “The more education people have, the more likely they are to be financially secure.” Rothschild states that the business community should “be leaders in the effort.” Although familiar ideas, Rothschild brings clarity to his concepts by highlighting the work of the local nonprofit coalition Literacy Connects, which he describes as “a local success story.”

Compounding the issue of high poverty in Tucson is a low statewide funding rate for education; Rothschild points out that Arizona ranks second to last nationwide in education funding. A state sales tax designed to benefit public education and raise the state’s funding rate, Proposition 204, was defeated in the recent election. In response to these challenges and as an acknowledgement of what could become a growing crisis, Rothschild and Phoenix Mayor Greg Stanton convened a bipartisan Mayors’ Education Roundtable to identify new funding sources to support public schools statewide.

Focusing specifically on literacy and dropout prevention, Rothschild outlines a plan that includes identifying at-risk students, developing methods of intervention, and raising funds for GED support. Rothschild adds that he expects the business community to provide support to successful programs through “advocacy, funding and volunteering.”

Given his focus on nonprofits in the column, it might not be surprising that Rothschild promotes his own “long history of extensive service with local nonprofits – as a leader and a worker” on his mayoral homepage. It is clear from the way he speaks about nonprofits that he is familiar both with the way they operate and the assets that they bring to communities. It will be interesting to see how he presents nonprofits as solutions for reform and if his ideas take hold. –Anne Eigeman