In Columbus, Ohio, a Hospital Invests in Housing to Improve Patient Health 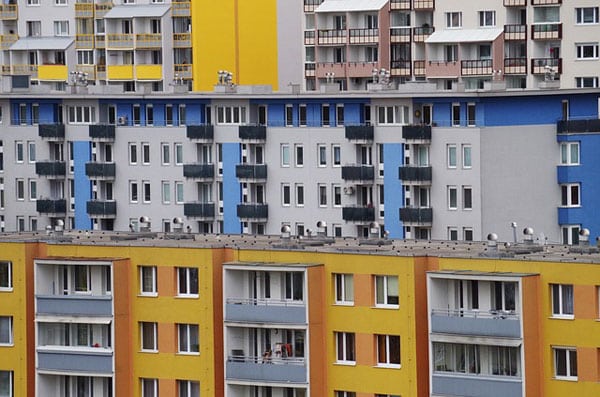 The Affordable Care Act introduced multiple changes to the US healthcare system, including payment reforms. Accountable care organizations (ACOs)—a term only policy wonks could love—bring doctors and hospitals together to receive bundled payments based on the number of patients they serve. Payment is based on their ability to improve patient health instead of the specific treatments they provide. This encourages providers to focus on “population health” or overall community health.

Medical care is good at treating acute illnesses like viruses and infections, but chronic illnesses that cost health systems the most cannot be “cured” with medical interventions alone. Providers must find ways to address the social determinants of health—poverty, racism, lack of education and employment opportunities, all of which conspire to keep people sick. As NPQ has covered, these social determinants have a far greater impact on health outcomes than the quality of the clinical care received.

Nationwide Children’s Hospital, located in the Southern Orchards neighborhood of Columbus, Ohio, is one of several hospitals across the country investing in renovating and building affordable housing in order to improve neighborhood health. Southern Orchards suffered from 80 years of redlining, racism, and disinvestment, according to a case study of the hospital’s housing program that appeared in the August 2018 issue of Pediatrics. Typical of impoverished neighborhoods, the housing stock was barely habitable.

The hospital, through its ACO, is responsible for the health of over 300,000 Ohio children in the state’s Medicaid program. The healthier people are, the more money the hospital makes. But as Dr. Kelly Kelleher, a pediatrician at the hospital and co-author of the Pediatrics article, told NPR, the poor quality of the neighborhood housing directly impacts the health of the children she sees. Poor and unstable housing leads to high rates of chronic diseases such as obesity and asthma. Children trapped inside all day are exposed to toxins such as mold and lead. They are exposed to violence, racism, and unstable living situations, all of which impacts their overall development.

Since 2008, the Healthy Neighborhoods Healthy Families Initiative, a partnership between the hospital and city and community organizations such as United Way, has spent $22 million to build 58 affordable housing units, renovate 71 homes, and build 15 new homes. HNHF has also provided home improvement grants for another 149 home owners. What makes this initiative different from others in the nation, says Dr. Megan Sandel, a pediatrician at Boston Medical Center and co-author of the Pediatrics paper, is that Nationwide Children’s actually owns and operates the housing with community partners. In most cases, hospitals like Boston City Hospital have made investments by providing funds to community development organizations.

Tim Robinson, chief financial officer for Nationwide Children’s, sees the hospital’s investment of $6.6 million as a “win-win.” He told NPR that the program improves “patient health and the profitability of hospitals and insurers, while decreasing state Medicaid expenditures.”

Dr. Kelleher notes that neighborhood metrics are “already moving in a positive direction.” There are fewer murders and higher high school graduation rates. According to neighborhood resident Michael Doody, “Before, people would not walk. They would drive three blocks to go somewhere for fear of being mugged. Now I see couples, families, dogs out casually walking through the streets till 11 o’clock at night.”

Nationwide Children’s can’t say yet if their investment is paying off in terms of better health outcomes. The hospital is tracking the number of emergency room visits, inpatient days, and types of presenting problems among its pediatric patients. “It may take longer for these metrics to show signs of improvement,” says Dr. Kelleher.— Karen Kahn