In Fundraising, Savvy Trumps Conviction—Or Does It? 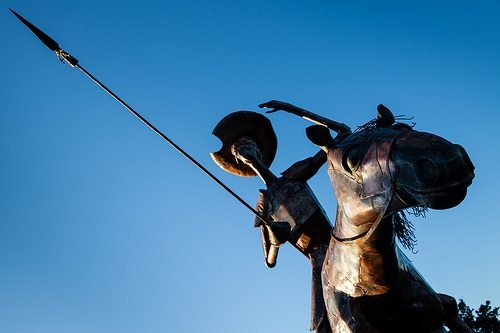 In a recent LinkedIn discussion group for fundraisers, many people shared their observations about whether commitment to the mission was essential to a fundraiser’s success.

People who believe “it’s all about technique” wrote:

People on the “belief in the mission is essential” side of the spectrum wrote:

I find myself on the “commitment to the mission matters” side of the argument. Technical mastery is important, or course, but it will only get you so far. Here are some of the benefits of being in a job you are passionate about:

Your story amplifies the organization’s story. Imagine you are at a cocktail party with donors and board members. A donor asks you why you work at this particular organization. Here are some answers to that question that I have heard from fundraisers who have a heart-to-heart connection with the mission they serve.

This kind of story makes the donor feel good about supporting the organization. It gives you credibility as a spokesperson for the cause. And it encourages the donor to reflect on—and talk about—what motivates their commitment.

Your commitment makes it easier to get appointments with donors. My mother was a fundraiser for the American Friends Service Committee. (Yes, it is genetic!) To many of the donors she visited, she exemplified Quaker values. Sometimes when she went to see them, the donors called for their kids to come and listen when she talked about the AFSC’s work; they saw her as part of the moral education of their kids. You may or may not want sulking pre-teens in the room when you are giving your pitch. But you can be sure that they were more willing to make time for that appointment than if they saw her as a “fundraiser.”

Being in tune with the organization’s culture helps you keep your job. A man I knew worked for an organization with strong feminist leanings. He insisted on referring to his female colleagues as “gals,” even though many of them had been fighting patriarchy since before he was born. He wasn’t effective as a fundraiser because he didn’t fit in, and he didn’t last.

So, yes, savvy does trump conviction. You can do a job well without being committed heart and soul to the mission, but you can’t succeed if you don’t understand the craft of fundraising. If you work for a hospital, university, or other organization whose value is universally appreciated, maybe the heart connection is less important. On the other hand, if you are committed to the cause you are working for, there are doors you will be able to walk through that will be locked to a fundraiser who is merely a technical master.

Paul Jolly is a fundraising consultant at Jump Start Growth. He has worked with various Quaker institutions, The Wilderness Society, and the American Civil Liberties Union of Maryland, among others.