Income Inequality in Physical Space: Exiling the Poor to the Back Door 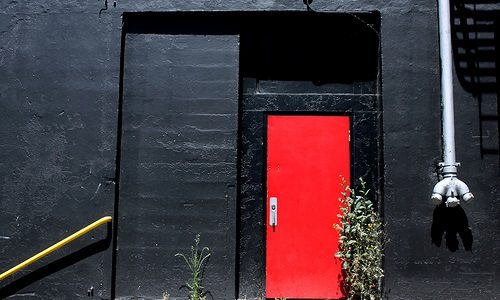 A couple of weeks ago, social media was abuzz with the story of a New York City luxury apartment building that obtained approval to build a separate entrance for low-income residents. The property, planned by Extell Development, will have “219 units, including 55 affordable units overlooking the street. Those renting and buying the apartments at the market-rate will have waterfront views.” One might ask, “Why would Extell Development want to have any low-income residents at all,” considering they are going to go through the labor of creating a service entrance for them. As outlined in an article in Newsweek, it was “as part of a program Inclusionary Housing Program application, under which developers can build larger projects if they also provide low-income housing, either on- or off-site.”

The problem is not reserved for the expensive real estate of Manhattan. The community of West Hollywood saw some strife this week as a number of residents expressed outrage at the idea that low-income tenants of a new building would not have access to all of the building’s amenities and would have a separate entrance. According to the Los Angeles Times, developers are seeking permission to build a mixed-income housing unit: “Lower-income residents would be denied access to a pool that can be viewed from their apartments. The developers also planned to build a separate entrance for the affordable housing area.”

The practice, called “poor doors” by social critics, also has seen notoriety in London, where a number of buildings have already started the practice. In an in-depth expose by the Guardian, real estate agents and buyers talked about the practice of selling a mixed-use facility to wealthy inquirers. According to the report, an agent named Tracey Kellett, whose job entails looking for homes for her wealthy clients, stated a “number of developments have separate entrances ‘so the two social strata don’t have to meet.’” Kellett outlined the stark differences between the lobbies for the wealthy and their poor counterparts; the low-income entrance “has vile colored plastic panels on the outside rather than blingy glass.” Another location discovered by the Guardian discovered wealthy owners accessed their apartments “via a hotel-style lobby area, while social housing tenants enter through a side door in an adjacent alley alongside trade entrances.”

In New York City and West Hollywood, several leaders vowed to not follow the same path as seen in London. New York City Mayor Bill de Blasio, through his spokesman, stated, “We fundamentally disagree with that approach, and we are in the process of changing it to reflect our values and priorities. We want to make sure future affordable housing projects treat all families equitably.” In West Hollywood, the local planning commission voted against the project and the commission’s recommendation will now go to the City Council, to be voted on at a later date.—John Brothers