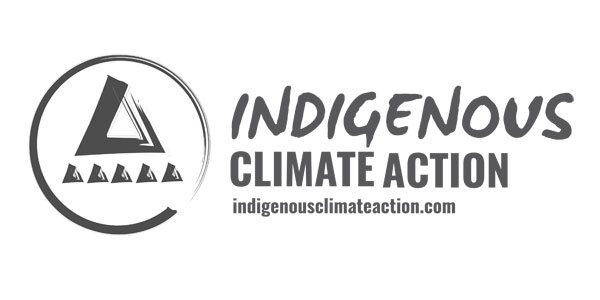 We cannot in good conscience accept an award from a corporation that is financially associated with fossil fuel energy projects that violate the rights of Indigenous peoples and contribute to global climate change. Our organization is working to support Indigenous rights and address the climate crisis while Aviva is investing in corporations proposing or operating tar sands projects that threaten water, land, the climate and Indigenous rights.

As we have seen in Standing Rock, Olympia, and elsewhere, fossil fuel companies are treading directly on indigenous lands and rights and opposing environmental justice movements in the US, Canada, and elsewhere.

ICA is among several organizations that have rejected donations or grants in order to keep their consciences clean and avoid potential conflicts of interest; they range from a small Minnesota nonprofit that rejected a counter-extremism grant to the World Health Organization, which refused to partner with a smoke-free foundation funded by tobacco giant Philip Morris and urged governments to do the same.

Groups like ICA have a twofold concern in this situation. One is the importance of making sure to cultivate value-aligned stakeholders and avoid conflicts of interest, which ICA has considered. Suzanne Dhaliwal, Director of the UK Tar Sands Network, noted, “There are other insurance companies who are taking the climate risk seriously, such as Swiss Re who recently have limited their underwriting of shale gas, tar sands, and Arctic drilling projects.”

The other concern is the disregard fossil fuel companies have shown for indigenous peoples’ rights and voices. Whereas native peoples were often pushed onto the least desirable land by prior treaties, in many cases, once that land was found to contain fossil fuel deposits, even the paltry safeguards that existed were violated. Kanahus Manuel, a Secwepemc and Ktunaxa women at the helm of the Tiny House Warrior project, said,

Aviva invests in projects that are in violation of international human rights and Indigenous rights standards. Right now, my people’s traditional food source, the wild sockeye salmon, and our very survival is being threatened by the Trans Mountain project, while communities at the source have already faced decades of contamination and devastation. Aviva needs to ensure they are on the right side of history, and to do that, they must divest from projects that violate our rights and threaten our survival.

According to its website, Aviva itself has been carbon neutral since 2006, and “16 of [their] products and services include specific positive environmental features which support lower carbon emissions or reduce the impact on the environment.” However, while this is laudable, it’s beside the point. The challenges faced by indigenous communities and climate activists are exacerbated by things like investment portfolios that do not align with an organization’s values, represent financial relationships that for-profits might be reluctant to break, and are often decided in conversations to which direct access is limited.

The value of divestment campaigns as far as environmental impact has been debated. Some scholars say that divestment has a major impact on fossil fuel extraction and may be key to saving our planet; others say that the demand is too radical and detracts from more practical efforts, though it may shift the discourse, which is in itself valuable.

But either way, aligning oneself financially with an organization that supports companies that directly impinge on your community’s rights and survival is a bad idea, and ICA’s decision, difficult though it might have been to reject such a large grant, is the right one.

Other groups aligned with ICA’s values agreed; Last Real Indians quoted five other community leaders supporting the decision to reject the award. Hopefully, other funding sources can step in and support the important work indigenous communities are doing to save their lands.—Erin Rubin