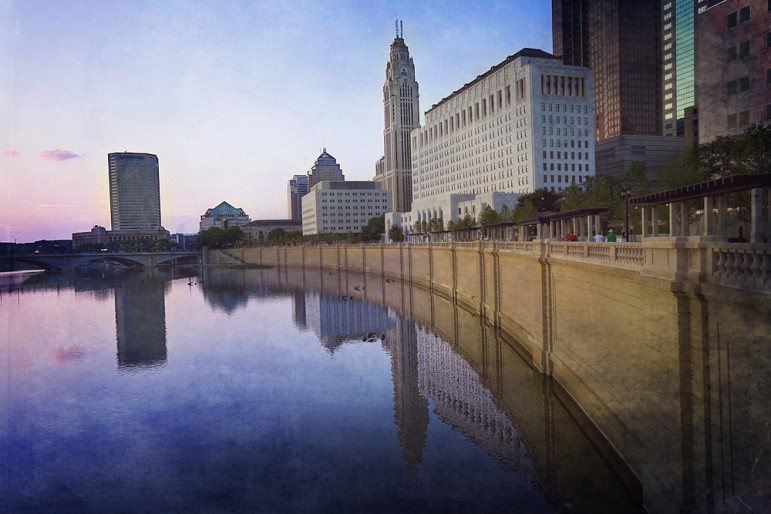 The Columbus Metropolitan Housing Authority (CMHA) is opening up the housing choice voucher waiting list for the first time in seven years, and 24,000 households filed online applications for a lottery to win one of the spots on it. In reporting this news, the Columbus Dispatch hit squarely at two of the three key problems facing renters in mid-Ohio: lack of income and lack of housing units. The missing element in the story is the problem of economic segregation.

Problem one: Too many mid-Ohio households can’t afford safe and decent housing. The housing choice voucher (HCV), colloquially known as “the gold card,” is a federal program managed by local housing authorities. Under the HCV program, a tenant household finds a suitable home that can pass a Housing Quality Standard inspection and where the landlord will accept the HCV. The voucher tenant then pays 30 percent of household income toward the rent, and the CMHA pays the difference up to an agreed-upon market rate. Total rent is reasonable under a cap that is set by HUD and the housing authority, based on regional fair market rents.

Housing choice vouchers are designed to bridge the affordability gap. Without an HCV, a low-income household will likely be “rent burdened,” a term meaning that the household pays more than 30 percent of its income for rent, leaving little left for other necessities. Rent-burdened families have to make hard choices between rent and food, medicine, or transportation to work. The Bipartisan Policy Center notes that housing is a major source of household instability.

Nationally, only about 34 percent of households eligible for HCVs actually get to the top of the waiting list to get “the gold card.” According to the article, CMHA expects to serve 200 households immediately, and then 70 households each month using HCVs that come back to CMHA as other households leave the program. CMHA has about 13,000 HCVs in circulation in the Columbus housing market.

Problem two: Columbus has too few rental units. Following the collapse of the housing bubble in 2008, thousands of former homeowners became renters. Their numbers were augmented by Millennials, who are flocking to metropolitan areas and seeking rental housing. Unlike much of Ohio, Columbus and the mid-Ohio region are experiencing a growth spurt as the economy revives. Therefore, it is entirely appropriate that the Dispatch article about HCV shifts to highlight a new collaboration of 11 nonprofit housing providers, the Affordable Housing Alliance of Central Ohio (AHACO).

Formed about a year ago, the Alliance is focused on addressing the needs of 54,000 people who need affordable housing. “We’re not talking about building all new units. Our focus is making that number of units available to low-income households,” says AHACO spokesperson E.J. Thomas. In fact, AHACO as an organization won’t be developing any units. While each member organization continues to focus on its mission, the goal of AHACO is to combine the advocacy energies of the 11 charter members to grow the resources for affordable housing development and operations. “With a healthy job market and lively attractions, Columbus is among the fastest-growing cities in the U.S. But the boom feels more like a bust to many residents whose lives are compromised by the high cost of housing.”

The idea of pulling together eleven nonprofit housing developers that are potentially in competition with each other for scarce resources seems counterintuitive, but the idea makes sense from another perspective. As NPQ contributor Rick Cohen notes:

Ultimately, what is needed is a constituency of private and public sector actors, of government officials, private developers, local employers, and nonprofit developers, to coalesce and mobilize around the need for affordable housing. As one observer said, the case for affordable housing is pretty self-evident. What is often missing is the political will to do something.

By showing the value of affordable housing to the business and civic sectors of Columbus, AHACO seeks to increase the available resources going to affordable housing development. Mr. Thomas says AHACO is engaging civic partners with the message that stable affordable housing will pay long-term dividends in the form of a stable workforce and reduced dependence on health and social service interventions. “A stable home provides a solid platform for positive growth, vibrant neighborhoods, and economic prosperity. When housing is safe and affordable, individuals have a stable foundation to pursue healthy lifestyles, education, and better jobs.”

So far missing in the AHACO story is the problem of economic segregation. City officials were caught off guard when a study by urbanologist Richard Florida listed Columbus high on a list of the most economically segregated cities in the U.S. AHACO president E.J. Thomas acknowledges that inclusion is an unresolved issue for his group. “We talk about this at every meeting,” Mr. Thomas says. “We know it is an issue.”

Because each of the member organizations comes to AHACO from the specialized niche in which it has traditionally operated, exclusion could be baked into the group. President Thomas is quick to point out that another AHACO goal is to find new ways to deliver affordable housing opportunities. Having all the nonprofit housing providers at the table is a start towards that longer-term goal.

All these issues interact. Ideally, a tool like housing choice vouchers would help low-income households to move from poor neighborhoods to areas of opportunity, but as rents rise because of a shortage of rental units, the Housing Authority is faced with a hard choice. Without additional federal funding, increasing the payment standard to promote mobility will reduce the number of “gold cards” that are available. Income discrimination is the other factor that limits HCV households. Unlike many urban areas, landlords in Ohio are free to discriminate against HCV households based on their “source of income.” Perhaps AHACO will add source-of-income discrimination and more federal funding for the HCV program to their advocacy agenda in the coming year.—Spencer Wells