Is Dr. King’s Dream Realized? Not on Boards. 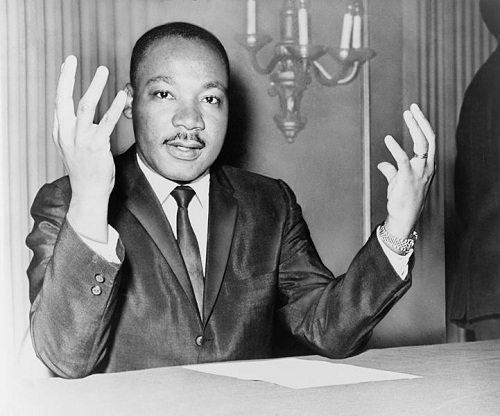 It seems that every publication is doing a lead story on how America is doing with diversity 50 years after the famous “I Have A Dream” speech by Dr. Martin Luther King, Jr. Has anyone looked at the boardroom to see if the dream is being realized? A recent report by the Alliance for Board Diversity suggests that, in the for-profit world, very little progress has been made.

The report shows that in 2010, 75 percent of Board Directors at Fortune 500 companies were white men. In 2013, that number has not changed much, standing at 70 percent. Given that the average Board size is eight people, the change seen in three years is less than one Director for every two organizations. The number of African-American Directors actually decreased from 7.6 percent to 7.4 percent. The number of women on Boards has increased by one percent over the past two years. The National Association of Corporate Directors recently came out with numbers that echo these findings, saying that more than 27 percent of corporations globally have no women serving as Directors. When you get to Board leadership positions, that disparity grows, as 93% of Chair positions are currently held by white males.

Associations Now, in an online article about these reports, asks if Boards in the nonprofit sector are doing any better—a very relevant and important question. The author of the online article went to the source, as it were, asking BoardSource to comment. BoardSource, whose mission is to promote and facilitate good governance and effective Boards in the nonprofit sector, conduct a Board Governance Survey on a regular basis, with the most recent in 2012.

Vernetta Walker, vice president of training and consulting at BoardSource, is quoted in the article as saying, “You have diverse membership. You need to be able to relate to your stakeholders, and you want to make sure that you have a variety of voices represented at the decision-making table. If you’re not ensuring that your leadership is as diverse and inclusive as those that you’re serving, then you have to ask, ‘Are you missing an opportunity? Are you truly representing those who you say you are?’”

So, what is to be done? Fifty years after a speech that shared a vision of a fair and equal society, we clearly still have issues with representation on Boards of Directors. NACD reports that countries across Europe are considering the adoption of quotas mandating the percentage of female representation on Boards. U.S. corporations would have a hard time meeting these quotas, which range between 20 and 40 percent. Closer to home, there is an emerging trend among the philanthropic community to require certain levels of diversity on Boards for nonprofit organizations to be eligible to receive a grant.

For all the focus on diversification of Board demographics, can we demonstrate that simply including people of various ethnic, gender, age, or other demographics makes any impact on the agency’s effectiveness? In the quote above, Ms. Walker seems to be suggesting that the issue is ensuring that a variety of voices and viewpoints are represented at the Board table, and that the makeup of the Board reflects the constituency being served. That statistic of how accurately Board demographics reflect constituent demographics might be more telling and valid than the studies we have seen so far. Focusing on any mandated demographic percentage encourages tokenism, which is helpful for no one.

As Judith Miller wrote in a BoardSource e-book entitled Perspectives on Nonprofit Diversity, “For nonprofit boards of directors, the objective of managing diversity is to create governance structures in which all members of differing backgrounds can contribute and achieve to their full potential. The goal of representativeness is slightly different. Managing effective representation means that board members act in the interests of those they represent, individual dignity is ensured, and the representatives are held accountable for their actions.”—Rob Meiksins